Three nefarious goals that the United States is pursuing in Ukraine 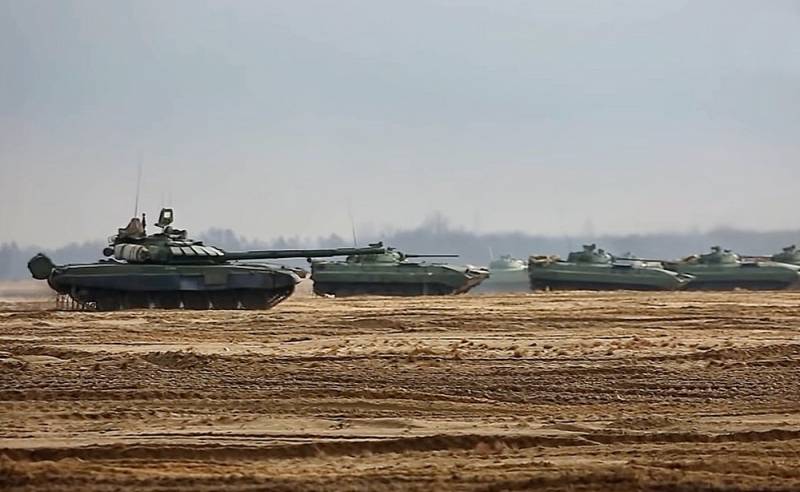 On February 11, a real howl arose in the Western media. Well, what about, after all, the date of Russia's invasion of Ukraine was "assigned". On February 16, according to the CIA, Russian troops will cross the state border of a neighboring state and unleash a war. In this context, I would like to identify several goals that are most likely pursued by the Americans.


One of them was recently voiced by Russian Foreign Minister Sergei Lavrov. In his opinion, the West is preparing the ground for declaring "victory" over Russia. As conceived by American strategists, when Russian troops finish their exercises and return to their permanent deployment centers, Western capitals will declare that they managed to stop the bloodthirsty Kremlin and prevent war.

The collective West has demonstrated unity and firmness of intentions in the face of a common enemy
- how Washington, London and Brussels will report as a blueprint.

The usual military exercises and the lack of desire to attack anyone will be presented by the Western media as "a weakness of Russia and personally Vladimir Putin." All this, of course, is designed for the domestic Western consumer. As Lavrov noted, “the topic of Ukraine is a crutch for the falling ratings of Western politicians».

However, on the Ukrainian track, Washington may be pursuing a much more vile goal. Whipping up military hysteria, demonstrating the evacuation of diplomatic workers, calling on citizens to leave Ukraine immediately, as well as “setting” a date for Russia’s attack could ultimately end in the preventive imposition of tough sanctions against Moscow. Biden will make a speech in which he will say something like the following:

Guided by humanitarian considerations, in order to prevent the start of a bloody war, the United States and Europe are introducing a new package of sanctions against Russia.
Yes, the same sanctions that we have been threatened with since the end of last year. Thus, the West will try to present itself as a "dove of peace", the savior of Ukraine and the entire Ukrainian people. The notorious "unity of the Western world" will be demonstrated again. In addition, it is obvious to everyone that a new sanctions package against Russia is a matter of time, only a pretext is needed. And this occasion is actively created by the West itself.

And the last. A goal that has already left the theoretical section and has become quite self-evident. The Ukrainian crisis, as well as the exercises of Russian troops in the southern regions of the country and in Belarus, allowed Washington and London to significantly increase their potential in the region. Endless claims that Russia is about to invade Ukraine have become the rationale for the start of massive arms deliveries in the interests of Kiev. Over the past 1,5 months, the Armed Forces of Ukraine have received thousands of anti-tank systems and dozens of portable Stingers. This is exactly what the Kiev regime dreamed of.

Moreover, NATO forces are being built up in Poland, Romania and Germany. Moreover, this process is only at the very early stages. It is obvious that the Ukrainian crisis, fueled by the West itself, will become a trigger for a significant strengthening of the North Atlantic Alliance on Russian borders. That is, there will be a complete opposite of what Moscow demands from the Western military bloc - the withdrawal of American troops from the member countries of the Alliance.
Ctrl Enter
Noticed oshЫbku Highlight text and press. Ctrl + Enter
Reporterin Yandex News
Reporterin Yandex Zen
15 comments
Information
Dear reader, to leave comments on the publication, you must sign in.