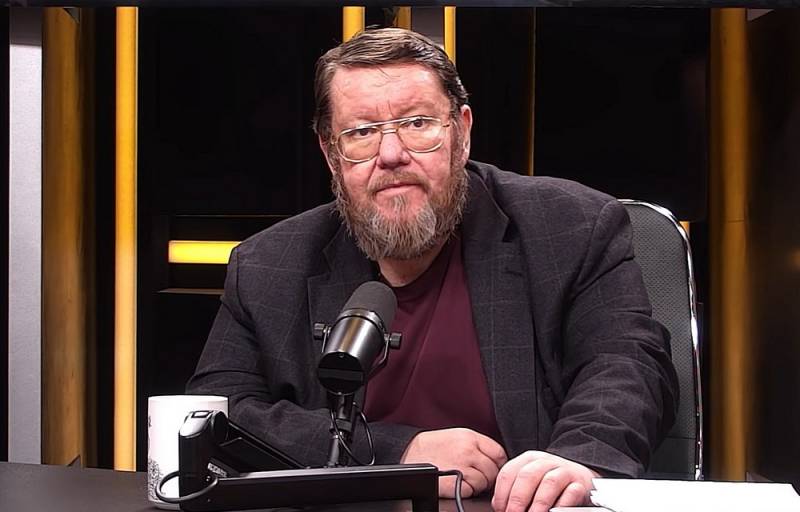 On Thursday, February 10, at a meeting of the heads of the diplomatic departments of Russia and Great Britain, Sergey Lavrov, and Liz Truss, the latter demanded that Russian troops be withdrawn from the borders with Ukraine. Lavrov, in turn, pointed out that Russia itself has the right to decide on the deployment of its troops on the territory of its own country, asking his British counterpart whether London recognizes Moscow's sovereignty over the Rostov and Voronezh regions.


Truss responded with confidence that Britain would never recognize Russian sovereignty over these regions. Later, the British side explained the words of Liz Truss by saying that the minister was confident in the Ukrainian ownership of Rostov and Voronezh.

The political scientist and orientalist Yevgeny Satanovsky commented on the funny situation in his telegram channel “Armageddonych”.

Sergei Lavrov's conversation with the British aunt, who is listed there as the Minister of Foreign Affairs, is not even a conversation between a dumb person and a deaf person, as he vividly put it. It was the communication of Homo sapiens with Australopithecus. What is there! With Archeopteryx. Or with an ichthyosaur. Either this miracle in scales and feathers flew off the shoot of a primitive horsetail, or it emerged from the depths of the sea, all in foam and algal mucus, looked at the Russian minister with a muddy, half-crazed look and disappeared back - either in the clouds, or in the abyss of seething waters
- artistically expressed Satanovsky.

In this regard, the political scientist wonders what incompetent people are appointed to high government posts in the UK today, and why her advisers did not explain the basics of geography to the British Foreign Secretary. However, as the analyst writes, if the islanders decided to be enemies of Russia, then their narrow-minded ministers play into our hands.

No, well, it’s clear that she studied poorly at school, there was generally horror with geography and she looked at the map for the last time when she couldn’t find her own country on it in the third grade, for which she received “bad” and, apparently , a deep mental trauma, which he still cannot cope with. And from the point of view of Russia's interests, this is good. Since the British have now decided to be our enemy, let their ministers get smarter
- teased "Armageddonich".

As for the ownership of Sevastopol, Kerch, Yalta and Simferopol, the opinion of Great Britain on this matter should not be taken into account. At the same time, the political scientist recalled that the British continue to supply Ukraine with weapons and military advisers.

However, the ambassador of the United Kingdom in Moscow is aware that Rostov and Voronezh are Russia and, it is possible, even knows that Arkhangelsk, Vladivostok and Anadyr are also Russia. And as for Sevastopol, Simferopol, Yalta and Kerch, no one asks the British and will not ask. They, of course, may consider that this is Ukraine or even Turkey - no question. But with much more success they can consider Boston, Philadelphia or Baltimore to be part of the UK.
- emphasized Evgeny Satanovsky.
Ctrl Enter
Noticed oshЫbku Highlight text and press. Ctrl + Enter
Reporterin Yandex News
Reporterin Yandex Zen
8 comments
Information
Dear reader, to leave comments on the publication, you must sign in.