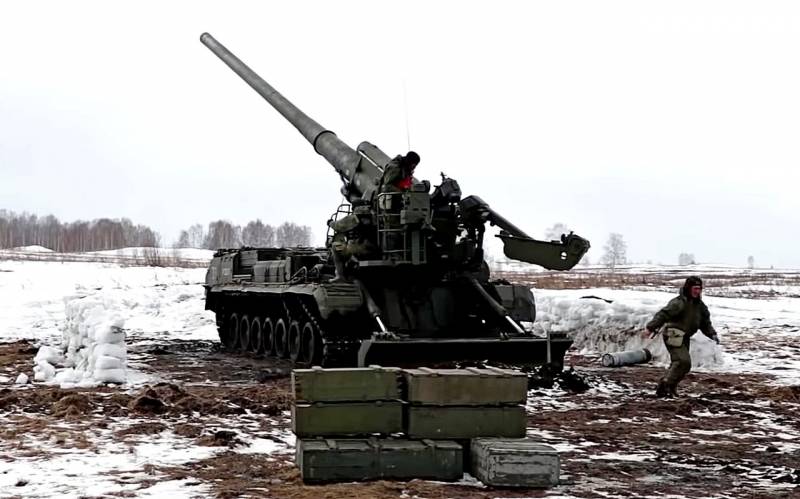 In the context of the ongoing hysteria about Russia's "inevitable invasion" of Ukraine, a video has appeared on the Web, from which it follows that the Russian military has pulled up the most powerful artillery that is part of the Russian army to the Ukrainian borders.


The footage posted on social media shows 2S7M Pion-M or Malka self-propelled guns of 203 mm caliber, and according to an eyewitness, they were recorded in the Belgorod region of Russia, which borders the Sumy, Kharkiv and Lugansk regions of Ukraine.

There is practically no doubt that the video with the Russian "Peonies" will cause another bout of Russophobia in the West and in Ukraine. Such powerful guns are designed to strike at the rear of the enemy to a depth of 47 km.
Ctrl Enter
Noticed oshЫbku Highlight text and press. Ctrl + Enter
Reporterin Yandex News
Reporterin Yandex Zen
5 comments
Information
Dear reader, to leave comments on the publication, you must sign in.