PAK DA versus Tu-160M2: which missile carrier is more needed by Russia 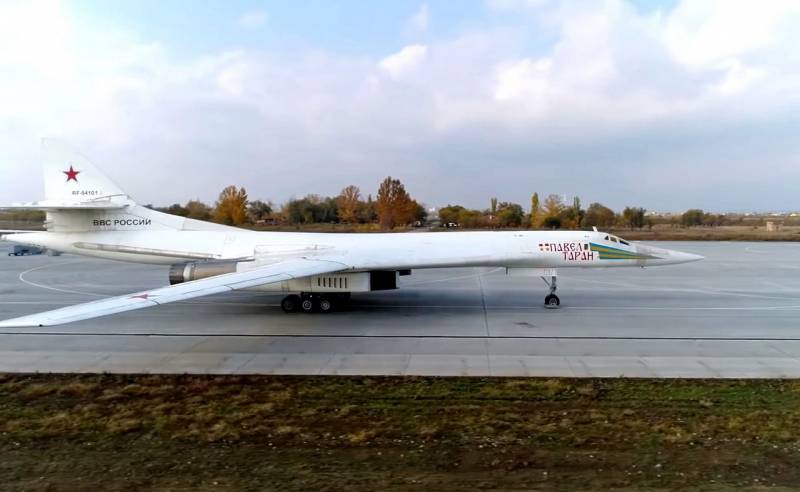 One of the most popular trends in modern aviation is the widespread introduction of stealthof technologies. The undisputed leaders in this direction, the Americans already collect the first copies of the strategic stealth bomber B-21 Raider, made according to the "flying wing" scheme. A similar design is used on the promising Chinese Xian H-20. Judging by the scarce information in open sources, Russia is going the same way with its PAK DA. But is this path correct? What long-range bombers and for what purposes do we need them?

The Americans were the first to develop the Rockwell B-1 Lancer, a supersonic variable-sweep wing strategic bomber designed to break through the Soviet air defense system and deliver a nuclear strike. Several modifications were created, of which the B-1B version had a reduced radar signature and could carry out a low-altitude breakthrough with enveloping the terrain. Note that in the 90s, Lancers were converted to use conventional weapons and were widely used in conventional conflicts. The USSR responded to the USA with the Tu-160 White Swan supersonic strategist.

However, the Americans went much further in developing the stealth bomber concept and created their famous Northrop B-2 Spirit. It is famous, first of all, for its monstrous cost of 1 billion dollars apiece without equipment and 2 billion 200 million 300 thousand dollars apiece with the attached equipment. Not surprisingly, even the Pentagon was able to pull only 21 of these aircraft, extremely capricious in maintenance. The B-2 Spirit can carry both nuclear and conventional weapons. The B-21 Raider, also created according to the “flying wing” scheme, is positioned as its successor. This bomber jacket will be a little cheaper, only from 500 to 550 million dollars apiece. The US Air Force expects to receive up to one and a half hundred of them.

The same path, as we have already said, is followed by the PRC and the Russian Federation. Almost nothing is known about the Russian PAK DA, only its supposed characteristics. "Product 80" will be built according to the same "flying wing" scheme, which will make it invisible to radars, but the aircraft will only be able to reach subsonic speed. The maximum flight range will be 15 km, payload weight - 000 tons. It is assumed that the PAK DA will be able to carry the widest range of weapons: aerial bombs, strategic cruise missiles, anti-ship missiles and hypersonic missiles. First, the "product 35" should replace the aging Tu-80 and Tu-95M22, and then the Tu-3.

It seems to sound good, reasonable, even trendy, but there are questions.

How much in our difficult realities will each such super-aircraft and its subsequent maintenance cost the military budget? What will be the scope of its real application? The carrier of nuclear weapons, PAK DA is supposed to be part of the Russian "nuclear triad". However, the real value of the air component is still somewhat overestimated. All our "strategists" are based on two airfields, which can be destroyed by a vile preemptive strike. Yes, and in the event of a nuclear war, aviation will go only in the second echelon, when you can’t push the paste back into the tube.

In other words, strategic bombers in nuclear deterrence occupy an important, but far from the first place. If you invest huge amounts in such aircraft, then it is desirable that they do not just stand in hangars in case of a Third World Nuclear War, which, hopefully, will never happen, but could actually be used in conventional conflicts without ruining the country, as it was would be with an analogue of the B-2 Spirit.

One of the most positive events of recent times can be considered the resumption of production of Tu-160 supersonic bombers in M ​​and M2 versions with an updated engine. Along with the Tu-95MS, they form the basis of the air component of the Russian "nuclear triad". The problem is that there were only 16 White Swans left, and they needed a deep modernization.

News, of course, positive, but in the liberal-minded press there is criticism that we are supposedly going the wrong way, and the right one is American and Chinese with “invisibility”. Say, when the Russian Aerospace Forces receive all the new Tu-160M2s, the US Air Force will just write off their last Rockwell B-1 Lancer. The arguments are as follows.

At first, the uneconomical "White Swan" is criticized, which spends up to 100 tons of fuel per afterburner flight.

Secondly, quite rightly point to the high visibility of the Tu-160 on radar, which allows it to be seen by the first AWACS aircraft and enemy fighters.

Thirdly, due to the lack of defensive weapons on board, the Russian missile carrier will be defenseless against their attacks, not being able to get away from missiles even with afterburner.

For these reasons, the “strategist” will not be able to fly towards the United States through Europe and the Atlantic, but only through the Arctic Ocean, where he will be able to launch X-101 ultra-long-range cruise missiles capable of flying up to 5500 kilometers, which will have to overcome the American missile defense system . Say, that's all the possible real use of the Tu-160M2.

First of all, it is rather strange to hear complaints about the low efficiency of a “strategic” missile carrier, whose main task is to launch nuclear missiles in the Last War. This is still not a civilian liner to make such demands on it.

Regarding the high visibility on the radar, yes, there's nothing you can do about it. But due to recent changes, the "White Swans" have ceased to be defenseless birds in front of the "NATO Falcons". Just the other day, there was information that the Tu-160M ​​was equipped with radars covering its rear hemisphere, and also armed with short-range air-to-air guided missiles RVV-MD. The crew will see what is happening around 360 degrees and be able to fight off missiles in all directions. The launched missile will be able to quickly turn around in any sector of the hemisphere of the aircraft. Thus, the unrequited execution of the defenseless "White Swan" can be forgotten, and the Russian missile carrier will have a chance to escape pursuit and attack in afterburner.

Well, about the fact that we need to fly to America through the Arctic or the Atlantic ... If you look at the globe, it turns out that Russia actually borders on the United States in the east. From the jump airfield in Anadyr, the Tu-160M2 will process military facilities in Alaska and beyond.

It turns out that everything is not so bad as some people paint it for us. The Syrian campaign has shown that the White Swans can be safely used in conventional conflicts, carrying up to 40 tons of various ammunition.

By the way, the Tu-160M2 is a very promising platform that can be used as a carrier of hypersonic weapons. Dagger missiles can be the first to land on it, 8 pieces for each. In the future, it is possible that an air-based anti-ship "Zircon" will be created, which can also be carried by a "strategist". If it is possible to reliably solve all problems with target designation, then a supersonic missile carrier will be able to hit not only stationary, but also mobile sea targets at great distances.
Ctrl Enter
Noticed oshЫbku Highlight text and press. Ctrl + Enter
Reporterin Yandex News
Reporterin Yandex Zen
43 comments
Information
Dear reader, to leave comments on the publication, you must sign in.