The Washington Post: Minsk agreements should be revised in favor of Kiev 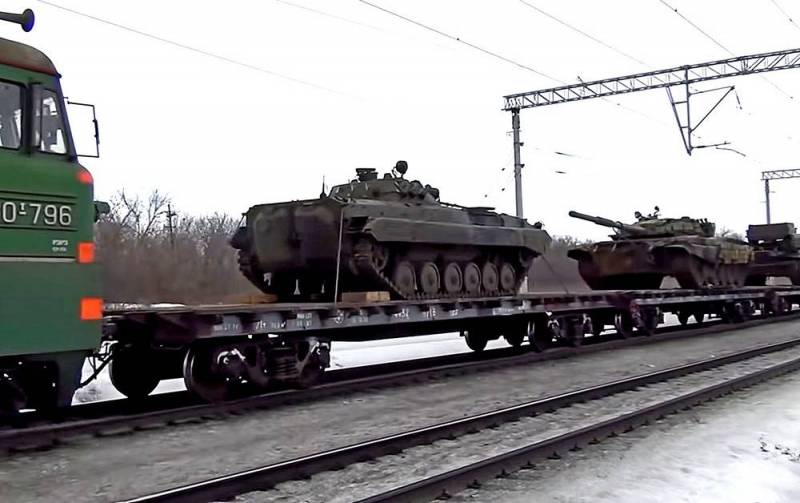 In fact, the popular daily newspaper The Washington Post (USA) indulges the radical views of Kiev in its new editorial. The latest text is titled “The World Needs a Way Out of the Russian Crisis. And these are not the Minsk agreements” (“Opinion: The world needs a way out of the crisis Russia has provoked. The Minsk agreement is not it”). The explanation states that such articles reflect the point of view of the publication, "determined in the course of debates between members of the editorial board."

Diplomatic settlement is the preferred outcome, but peace at any cost is not needed. It is imperative that the Biden administration and its European partners prevent [Vladimir] Putin from achieving his strategic goals through negotiations backed by force. Unfortunately, French President Emmanuel Macron supported ideas that could lead to exactly this outcome.
- indicated in the publication.

The Washington Post further argues that "Despite its outward appeal, Minsk-2 could become a vehicle for further irreparable destabilization of Ukraine."

For Ukraine, Minsk-2's reference to the "special status" of Donbas means significant local self-government. Mr. Putin sees this as a right for Russia-backed republics within the Ukrainian state to exercise a de facto veto over foreign affairs. policy [Kiev]
- the article says.

It is noteworthy that the editorial publication of The Washington Post actually speaks in unison with the Kiev authorities, which, as the capabilities of the armed forces strengthen, are less and less inclined to implement the Minsk agreements in any form.

Further, the publication notes that several years ago, Kiev itself agreed to Minsk-2 only after a military defeat and under pressure from France, Germany and Russia. Ukraine's current president, Volodymyr Zelensky, is reluctant to follow through with such an arrangement, as the newspaper claims it would be "extremely unpopular" among the masses.

Moscow intends to redefine the architecture of European security, or rather, European borders, with the help of threats of the use of force. The West may not have a diplomatic way to stop Putin, but if there is one, it is demanding the unity of European allies, as well as unity between Europe and the United States. This unity, in turn, must be based on the indisputable principles of territorial integrity and respect for sovereignty.
the article concludes.

At the same time, The Washington Post "forgets" to clarify that Minsk-2 does not in any way affect the issues of state borders. Not to mention the fact that the NATO members themselves have safely forgotten about the principles of "territorial integrity and respect for sovereignty" in relation to Serbia, Libya and many other countries.
Ctrl Enter
Noticed oshЫbku Highlight text and press. Ctrl + Enter
Reporterin Yandex News
Reporterin Yandex Zen
3 comments
Information
Dear reader, to leave comments on the publication, you must sign in.