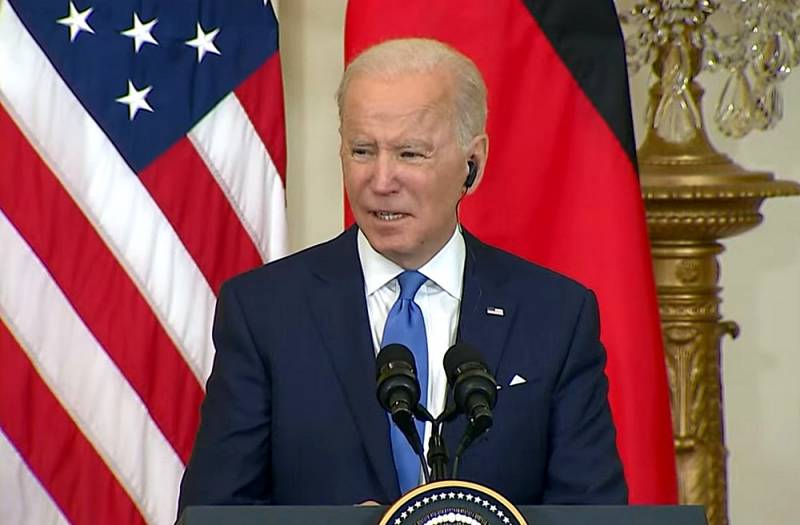 Joseph Biden, in behind-the-scenes meetings with advisers, sometimes gives very frank characteristics to his foreign colleagues. According to the NBC television channel, the words of the American president reveal his ideas about European allies and reflections on the actions of the United States, trying to draw attention to the danger of a possible “Russian aggression” on Ukraine.


In particular, as NBC points out, Biden does not consider the current Chancellor Olaf Scholz to be a full-fledged replacement for Angela Merkel (“Scholz is no Angela Merkel”), who held this post from 2005 to 2021. In the apt expression of the President of the United States, Scholz is "never a Merkel." Apparently, Biden means that the current chancellor of Germany is deprived of the decisiveness and political instinct that his active predecessor possessed at one time.

The American leader considers Emmanuel Macron a candidate for the laurels of Charles de Gaulle (“He wants to be Charles de Gaulle”), the legendary statesman, symbol of the French Resistance and President of France from 1959 to 1969.

The head of the United States did not miss the opportunity to express his opinion about the Russian president. According to Joseph Biden, Vladimir Putin can be called "a guy with nukes and no friends" ("A guy with nukes and no friends").
Ctrl Enter
Noticed oshЫbku Highlight text and press. Ctrl + Enter
Reporterin Yandex News
Reporterin Yandex Zen
15 comments
Information
Dear reader, to leave comments on the publication, you must sign in.