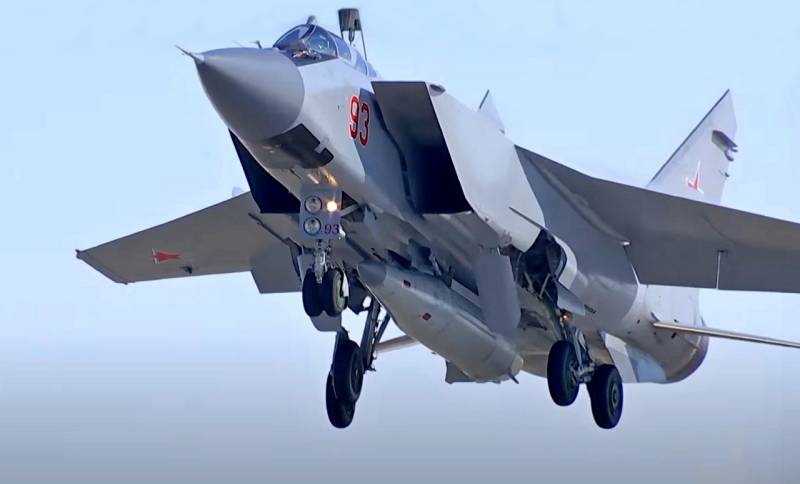 Russia is deploying more weapons on its western borders. So, for the first time ever, Russian hypersonic weapons appeared almost in the very center of Europe, Forbes magazine drew attention.


As the American publication points out, four or five Russian MiG-31Ks with Kinzhals could have landed near Kaliningrad.

The deployment of these strike systems could be intended as a warning to NATO that retaliation should the Alliance suddenly consider military intervention in the conflict in Ukraine would be imminent.

As military analyst Rob Lee notes on his Twitter account, a Kinzhal launched from the Kaliningrad region can reach most of the capitals of Western European countries, while Iskander missiles, also deployed in the exclave, can reach northern Berlin at best. . In addition, the "Dagger" will do it many times faster than its ground-based counterpart.

According to experts, although the Kinzhal is theoretically capable of carrying a nuclear weapon, this function may not yet be implemented technically.

It is believed that Russia has so far only modified 10-12 MiG-31Ks out of a planned 50 to arm them with the Kinzhal. Thus, the deployment of even several MiG-31Ks of the Russian Air Force equipped with such weapons shows the seriousness of the intentions of the Russian side in terms of possible military operations with Ukraine, as well as the containment of the North Atlantic Alliance.
Ctrl Enter
Noticed oshЫbku Highlight text and press. Ctrl + Enter
Reporterin Yandex News
Reporterin Yandex Zen
Information
Dear reader, to leave comments on the publication, you must sign in.