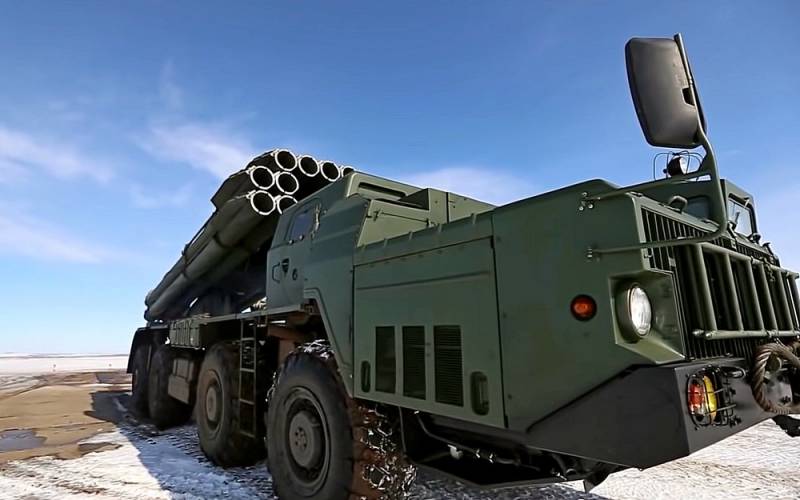 A fresh video has appeared on the Web, which shows the transportation of 9K58 Smerch multiple launch rocket systems of the 300-mm caliber of the RF Armed Forces to the western borders using rail transport. The footage clearly shows the absence of snow cover on the territory adjacent to the railway tracks, so we can say with confidence that the actions are taking place in the Southern Military District of Russia.


It should be noted that social media users have identified the area. They claim that this is the Rostov region.


At the same time, they did not rule out that the MLRS of the Russian army could be transferred to the Crimea to strengthen the defense, and not to the borders of Ukraine in the Donbass. This assumption looks quite reasonable, since the Ukrainian leadership continues to actively talk about the “de-occupation” of the Russian peninsula.

We remind you that earlier the Smerch MLRS were not recorded in this direction by eyewitnesses against the background of the aggravation of relations between Moscow and the West. Therefore, there is practically no doubt that the hysteria in the Western media about the "preparation of aggression" will increase even more. However, Russia has the sovereign right to move troops on its territory and deploy them wherever it wants.

It should be noted that in January there were recorded railway trains and convoys with Russian MLRS BM-27 "Hurricane" caliber 220 mm. They were sent there to conduct joint Russian-Belarusian military exercises "Allied Resolve-2022".
Ctrl Enter
Noticed oshЫbku Highlight text and press. Ctrl + Enter
Reporterin Yandex News
Reporterin Yandex Zen
3 comments
Information
Dear reader, to leave comments on the publication, you must sign in.