German readers urge US to 'stay away' on Nord Stream 2 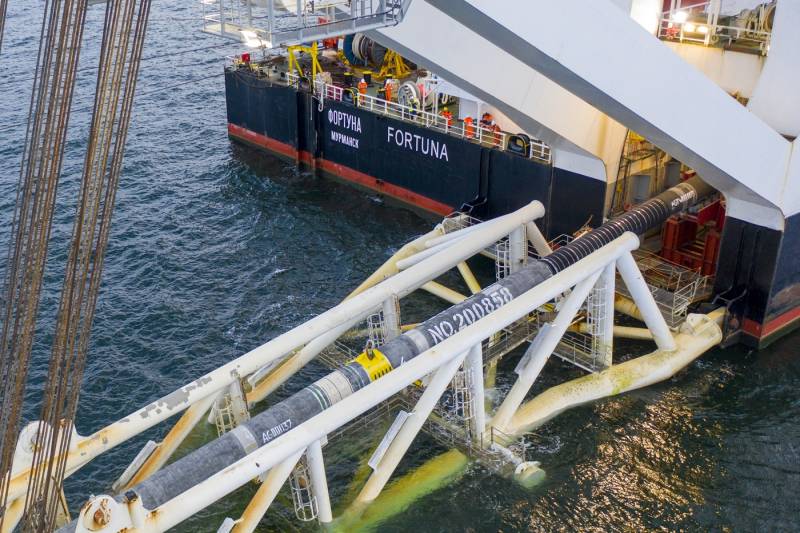 Visitors to the website of the German magazine Focus continue to comment on the confusing situation around the Nord Stream 2 gas pipeline, which turned out to be a hostage to a large policy.


В news, on which reviews were left, it was indicated that the new Chancellor Olaf Scholz was strongly influenced both from forces within Germany itself and from outside - from the United States.

Did I miss something? Nord Stream 2 is located on our sovereign territory and was built with our money. So, Mr. Biden ... let's decide calmly. Or do you want to impose sanctions on Germany and stop delivering Harleys or maple syrup here? Keep your watchdogs in your country, for there they have enough work
writes Ralf Rumpf.

Could the Yankees keep their little hands off, huh? The US fakes have already slipped that Russia is allegedly invading Ukraine. It later turned out to be a lie. That, by the way, is why conflicts begin. Americans need another war to raise their the economybut please don't start it on our land. Even if it is impossible to imagine that Scholz has the opportunity to kick the Americans. This person, by his inaction, provokes serious conflicts. Germany needs a more unequivocal leader with both brains and proper sanity. […] I am not at all a supporter of Merkel, but diplomatically she was invincible
Joerg Korff was indignant.

The enemy has settled in “our” parliament... Russian gas and Nord Stream 2 are in the interests of the German people to ensure our electricity and heat supply!
– pointed out by a reader with the nickname Toru Okada.

The United States has already assured that it will not be able to compensate for interruptions in gas supplies. Germany is counting on good relations with Russia precisely because of raw materials. On the other hand, the so-called friends of Germany just want access to German money. Ukraine, Poland and France believe that the people of Germany should pay for everything […]
commented Danny Hermanns.

Scholz should make it clear to the American warmongers that they have absolutely no say in Nord Stream. Germany must not climb into this boat, and it is unacceptable to send any weapons to Ukraine
– expressed the position of hugo meier.

This is exceptional impudence on the part of the Americans to interfere in German / European affairs like this. I would like to finally see a government that would set the framework for this self-proclaimed master of the world. We need to understand that it is we who, in which case, will find ourselves in the cold, and not the Americans. They also will not fall under fire, but at the same time they are ready to set fire to everything in order to advance their interests. Is it really that hard to understand? Examples of the constant incitement of war by America, probably already abounded. Also, when the bang starts, it's us in Europe who suffer, not the American population. Wake up! Russia is our closest neighbor and we will need it for the foreseeable future
writes Sigrun Gobel.

The US should stay away from Nord Stream 2. Whether or not to launch the gas pipeline is the business of Germany alone. Americans should not interfere in the EU
Kalle Wirsch pointed out.

President Biden should be more concerned about his own mess, because he has enough business in the States themselves, and therefore everything related to "SP-2" should be left to Germany itself.
concludes Hans-Joachim Shertaga.
Ctrl Enter
Noticed oshЫbku Highlight text and press. Ctrl + Enter
Reporterin Yandex News
Reporterin Yandex Zen
Information
Dear reader, to leave comments on the publication, you must sign in.