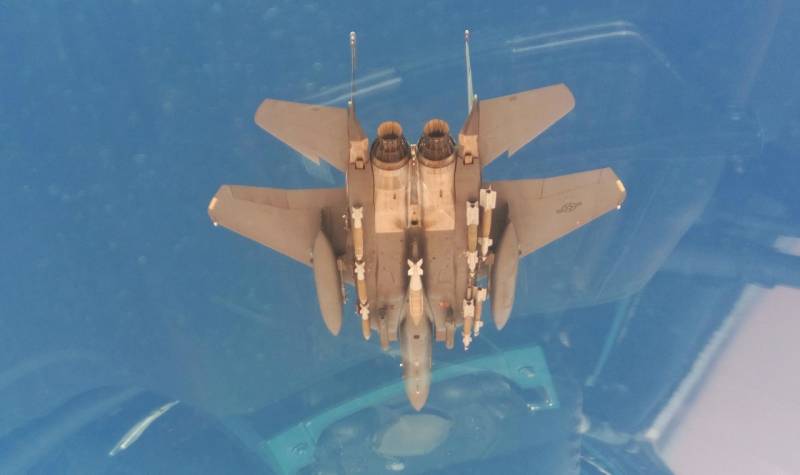 Interesting images from Syria appeared on the Web. The user Fighterbomber published on the social network "Vkontakte" screenshots from the footage of the pursuit of American F-15 fighters by Russian aircraft in the sky of the SAR.


The aviation specialist noted that the subscribers had a misunderstanding. They are interested in why the pilots of the Russian Aerospace Forces do not take aim (do not take on auto-escort) US Air Force aircraft illegally located in this Middle Eastern country. This prompted the expert to clarify what exactly is happening in Syrian airspace between Russian and American crews. 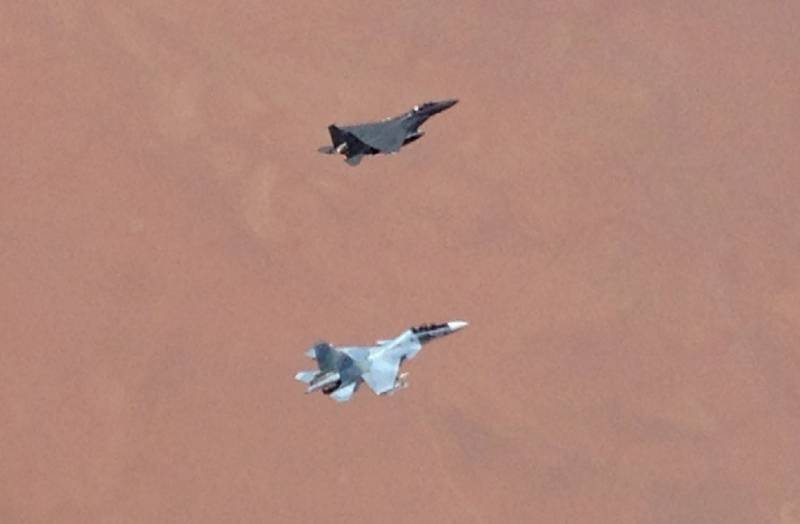 It is forbidden to take on auto-escort, to “capture” a board of a foreign country. This is an act of aggression and amounts to an attack on an aircraft. Interference put, by the way, is also impossible for anyone. This is also an act. Yes, many things are impossible. Almost everything is impossible. Such a capture is immediately recorded by the "Birch" (radar warning system SPO-15LM "Birch" - ed.) of a modern aircraft and recorded by means of objective control, and then it is presented to the ambassador or military attaché
He explained. 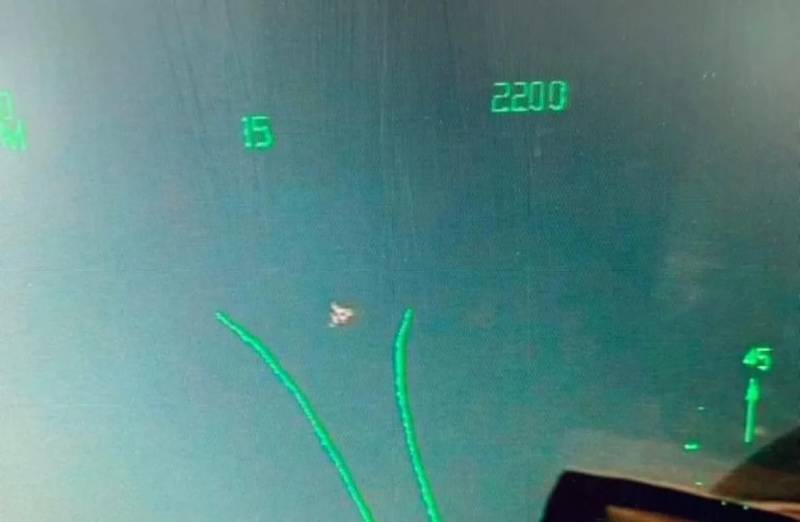 The specialist clarified that the military should demonstrate to colleagues from other countries "who holds the chip in the area." There is no other way, because you will simply cease to be respected. Therefore, if something is officially prohibited, then you can beautifully bypass the restrictions. This is done in a highly professional manner, "with a sense of deep respect for colleagues." 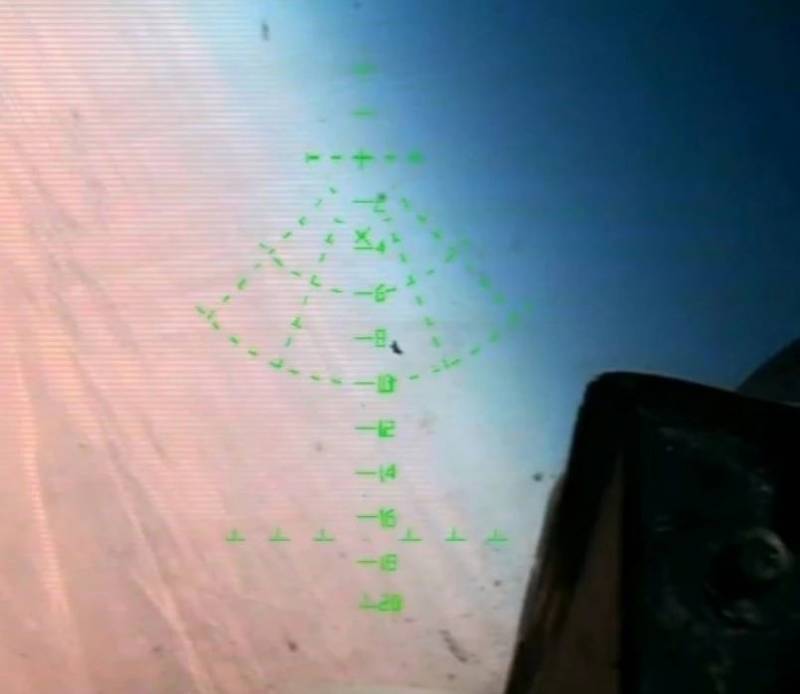 The expert said that all radiating equipment on the plane is turned off and the forecast track of the gun or the backup mode "Grid" of the sight is turned on. Fighterbomber suggested remembering the time when everything was decided by the eye of the pilot, and not by the computer. After that, the competition in the sky begins. Americans do the same, exactly the same. Everything is absolutely mutual, since both parties have fun in this way, at the same time honing their aerobatics skills.

The winner was the one who went into the tail of a colleague, preferably unnoticed. In such modes, the aircraft does not emit anything, so you can approach a colleague unnoticed
He summed up.
Ctrl Enter
Noticed oshЫbku Highlight text and press. Ctrl + Enter
Reporterin Yandex News
Reporterin Yandex Zen
1 comment
Information
Dear reader, to leave comments on the publication, you must sign in.