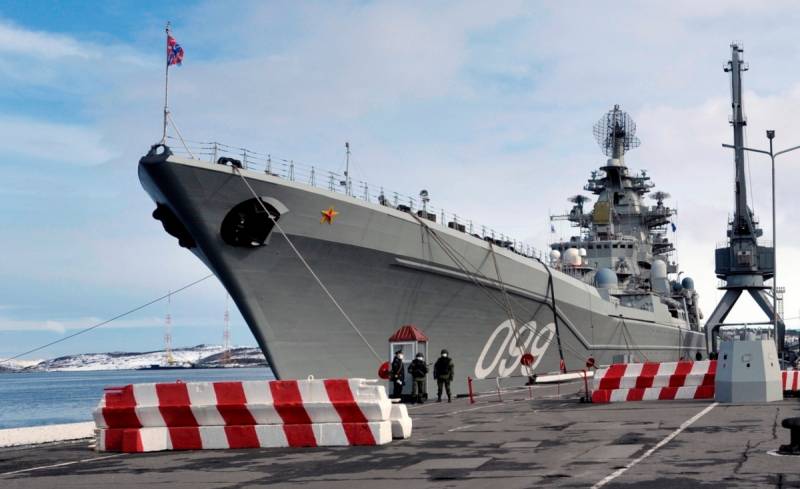 В продолжение темы about the unlearned lessons of the Falklands War. Earlier, we came to the disappointing conclusion that a similar naval operation today would be beyond the power of the Russian Navy, since in the far sea zone (DMZ) the Russian naval group (KUG) will have nothing to cover against enemy air attacks. The existing sea-based air defense systems will not allow the ships of the Russian Navy, which have gone far from their native shores, to reliably repel massive missile salvos. The question arises, do we need this DMZ at all, or will we live without it, the DMZ, and will live just fine?


The author of the lines was prompted to write this publication by a rather strange, in his personal opinion, assertion that Russia and its navy simply do not have any real tasks in the far sea zone. But is it really so?

If you read the official press release of the Ministry of Defense of the Russian Federation, it becomes obvious that they, combat missions, are still available for the Russian Navy in the DMZ. In January-February 2022, large-scale exercises will be held in Russia with the participation of 140 warships and support vessels:

The main focus of the exercises is to work out the actions of the Navy and the Aerospace Forces to protect Russian national interests in the World Ocean, as well as to counter the military threats of the Russian Federation from sea and ocean directions.

So, we are not talking about the near sea zone, but about the World Ocean, its “operationally important areas”: in the northeastern part of the Atlantic Ocean, in the Pacific Ocean, in the waters of the Mediterranean, North, Okhotsk and Japan Seas. That is, the Russian leadership's swing is still on the status of an ocean power, which must be reckoned with. It is commendable. But to what extent does the Russian Navy today correspond to the fulfillment of tasks in the far sea and ocean zones?

When the domestic media and the blogosphere talk about the rapidly growing capabilities of the Russian fleet, they usually mean the fantastic prospects that emerge with the advent of the Zircon hypersonic anti-ship missiles. We are already talking about it they said, and I would like to wish that the military-industrial complex could solve all possible problems with target designation and missile range. An important nuance lies elsewhere.

For some reason, everyone forgets that at sea, in which case our ships will have to fight not with other ships, but with aircraft, from which it is necessary to be able to effectively defend themselves so as not to turn into targets in a shooting range. At the same time, our potential opponents have aviation not only on deck, but also on the coast. So, let's try to transfer these calculations to the ongoing exercises.

It is reported that a group of Russian ships is located near Ireland, including the frigate Admiral Kasatonov, the missile cruiser Marshal Ustinov, the large anti-submarine ship Vice-Admiral Kulakov, the Stoikiy and Soobrazitelny corvettes, as well as supply vessels. Not far from the islands, our squadron will carry out firing practice and other maneuvers. That is, this is quite a conditional combat mission in the far sea zone.

By the way, it is not entirely clear why it was necessary to conduct exercises in the area where Irish fishermen fish, who have mortgages and who need to feed their families. Ireland is not yet part of the NATO bloc, but perhaps now Dublin will think about it. If anyone had to annoy, then, probably, the UK. But the Ministry of Defense of the Russian Federation, of course, knows better.

Let's return to the main question. Of the five Russian warships, only the Admiral Kasatonov frigate, which belongs to the modern project 22350, has a truly decent medium-range sea-based air defense system: the Redut air defense system with 32 cells of ammunition for medium-range missiles 9M96E (firing range 50 km ) or long-range missiles 9M96E2-1 (firing range 150 km). Also, 12 cells of the Redut air defense system (SAM 9M96M, 9M96E or 9M100) are on each of both Russian corvettes of project 20380 Stable and Smart. By the way, according to the state, 1 anti-aircraft missiles should be fired at 2 target. Here, consider yourself.

The missile cruiser "Marshal Ustinov" has an S-300F "Fort" air defense system with an ammunition load of 64 missiles in 8 revolver-type launchers below deck, designed to protect against attacks by aircraft, cruise missiles and other enemy air attack weapons flying at speeds up to 2000 m / s, at a distance of up to 75 km and up to 25 km in height. Project 1155 BOD "Vice-Admiral Kulakov" can not be mentioned at all, since the almost complete absence of an air defense system was its "calling card" back in Soviet times.

Here, in fact, is the entire anti-aircraft defense of a small Russian squadron that climbed west of the British Isles "to scare an Englishwoman." And all this is within the range of the United Kingdom's coastal aviation, as well as the British Navy's aircraft carrier strike group, which is based nearby in Portsmouth. Let's say the irresistible "Zircons" can sink the "Queen Elizabeth", but what will we do with the rest of the British aviation in which case?

Note that for now we are only talking about the British, and there, in the northeast Atlantic, the Second Fleet of the US Navy has recently been recreated and is operating. And we are climbing there, having neither an effective long-range air defense system, nor an AWACS aircraft for early warning of a missile attack, nor our own carrier-based aircraft for air cover? Anantyurnenko.

Fast forward to the Pacific Ocean, as well as to the Sea of ​​Okhotsk and the Sea of ​​Japan, where our KTOF is to conduct exercises. Recall that the most real opponents for the Russian Navy there are the Japanese Naval Self-Defense Forces, as well as the US Navy. The purpose of the exercise is:

A detachment of ships of troops and forces in the north-east of Russia went on an exercise in the waters of Avacha Bay off the coast of Kamchatka to perform combat training exercises at sea combat training ranges.

Our Pacific troops will work out the search for enemy submarines, artillery firing and the destruction of air targets by naval air defense forces. The corvettes "Thundering", "Perfect", "Gromky" and "Hero of the Russian Federation Aldar Tsydenzhapov", as well as the small rocket ship "Smerch", small anti-submarine ships "Kholmsk", "Ust-Ilimsk", "MPK-107" are involved in the maneuvers. ”, sea minesweepers and support vessels. We have already briefly said about the air defense capabilities of corvettes, the Osa-M air defense systems mounted on RTOs are so modest against modern aviation that they can not be mentioned. And all this should resist the Japanese base and carrier-based aircraft, sea and air-based anti-ship missiles? It's good if our coastal aviation is in time to the rescue.

Separately, I would like to mention last year's KTOF exercises in the Hawaiian Islands, which then made a lot of noise with their audacity. They were attended by the missile cruiser Varyag, of the same type as Marshal Ustinov, the frigate Marshal Shaposhnikov (former BOD project 1155), the corvettes Hero of the Russian Federation Aldar Tsydenzhapov, Perfect and Loud, an unnamed Navy submarine , two Tu-142MZ long-range anti-submarine aircraft and obsolete MiG-31BM interceptors.

To be honest, sending such a compound right under the noses of the Americans cannot be called anything other than a gamble.
Three fifth-generation F-22A Raptor fighters were immediately raised from Hawaii, which observed Russian maneuvers together with Arleigh Burke-class URO destroyers. Is it necessary to explain how the collision would have ended in reality? Sticking under the nose of the British, Japanese and Americans, having neither a powerful sea-based air defense system, nor a sufficient number of modern warships, nor a carrier-based air wing for reconnaissance and air cover, is a provocative adventure of the purest water, if you call a spade a spade.

We draw conclusions. There are tasks for the Russian Navy in the far sea and ocean zone, but now we do not have an ocean fleet. And we need to think very carefully about what exactly the Kremlin requires from our sailors and what kind of navy with what kind of ships we need.
Ctrl Enter
Noticed oshЫbku Highlight text and press. Ctrl + Enter
Reporterin Yandex News
Reporterin Yandex Zen
27 comments
Information
Dear reader, to leave comments on the publication, you must sign in.