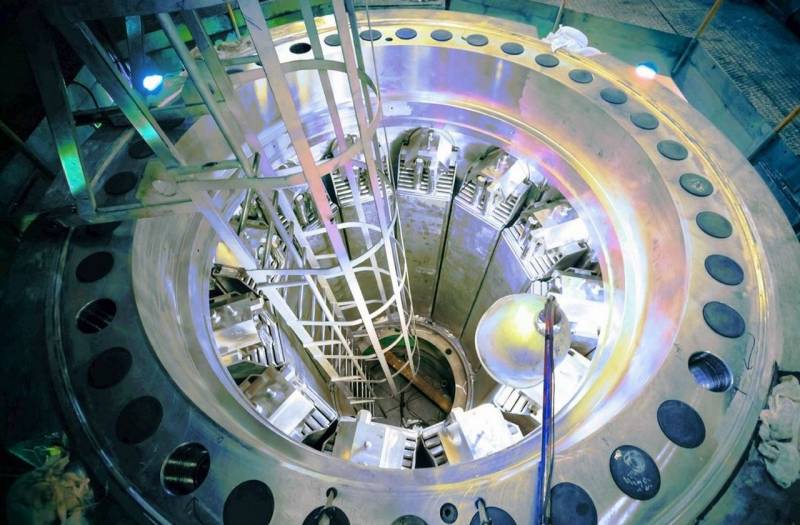 On the eve it became known about the strategic victory of Europragmatists over European radical environmentalists. Brussels recognized gas and nuclear energy as "transitional green energy sources". Why did this happen, and what opportunities will now open up for Rosatom?


The statement of the European Commission on this matter says the following:

The European Commission believes that during the transition period there is room for private investment in gas and nuclear energy.
The transition period, when it is allowed to make investments in these industries, is quite decent: for gas - until 2030, and for the atom - until 2045. Something tells us that the dates will shift to the right again and again, because there is nothing more permanent than temporary.

The fact is that renewable energy, with all due respect, has very significant drawbacks. At night, solar panels do not work at all; in cloudy weather, they are ineffective. Without wind, the blades of wind turbines do not spin. If they are not processed in time, they can freeze, and then the “Texas syndrome” will repeat. In order to prevent collapses in the energy system, balancing capacities are needed, but how can they be provided then?
Coal is cheap, but environmentally very harmful. Some people in Europe treat the peaceful atom with suspicion after the tragic events in the Soviet Chernobyl and the Japanese Fukushima-1. Gas has long and firmly become an "energy weapon" and an object of political games and speculation.

As a result of long and difficult negotiations in the European Union, a compromise was finally reached, that for the "transitional period" nuclear and gas energy will be considered "conditionally green". A lot has already been said about "blue fuel", so I would like to talk in more detail about the prospects for the peaceful atom. What awaits him in the Old World, a slow decline or a renaissance?

What nuclear power plants are needed in the "carbon-free era"

In relation to nuclear power plants in Europe, two polar positions have developed. Some countries, like Germany or Austria, are categorically against new nuclear power plants and are consistently decommissioning existing ones. Others - France, Finland, Hungary, Poland or the Czech Republic - are building or want to build nuclear power plants. Obviously, one of the main lobbyists here is Paris, since the Fifth Republic covers most of its energy balance at the expense of nuclear power plants. In 2020, President Emmanuel Macron explained everything in plain text for the especially dull:

There is no military atom without a peaceful atom, and vice versa.
The big problem of nuclear energy is its forced exclusivity. Nuclear power plants take a long time to build and are expensive, so few countries can afford them. The same French have not been able to complete the construction and commissioning of a nuclear power plant in Finland for 15 years, exceeding the initial estimate by several times. Not everyone can afford this, until the nuclear power plant is designed, until it is built, and then the European Commission has set a deadline until 2045. Doesn't add up. With the traditional approach.

However, everything changes if instead of the usual huge power units in Europe, and then all over the world, mini-nuclear power plants are built, which are considered an extremely promising direction. Compact power plants equipped with relatively low-power reactors will have many advantages over standard nuclear power plants.

At first, mini-nuclear power plants will be trite cheaper, which will make them available to a larger number of customers than now. A large series of reactor modules will reduce costs and reduce the cost of production.

Secondly, this will allow them to fill those energy niches where the capacity of conventional nuclear power plants will be clearly excessive.

Thirdly, built on a modular principle, mini-nuclear power plants can be made more powerful sequentially by adding new power units, gradually replacing the spent ones.

This direction is today considered one of the most promising in the energy sector. In continental Europe, the undisputed leader is France, which plans to start mass production of mini-reactors by 2030. In the UK, Rolls-Royce has formed a consortium that includes Assystem, Atkins, BAM Nuttale, Laing O'Rourke, National Nuclear Laboratory, Nuclear AMRC and The Welding Institute to build 16 mini nuclear power plants in the UK. NuScale Power, a startup in the United States, is developing a 60-megawatt compact reactor with a goal of 2027.

In Russia, Rosatom is responsible for this area, which already has a floating nuclear power plant, Akademik Lomonosov, equipped with two KLT-40S reactors developed by OKBM. Afrikantov with a total capacity of 70 MW. It is planned to build up to seven FNPPs, which will carry two RITM-200M type reactors with a total capacity of 100 MW. These reactors can be used in the construction of ground-based mini-nuclear power plants. The first power plant of this kind may appear on land in 2028 in the Republic of Sakha. In addition, Rosatom has experience in a number of other promising projects, such as BREST-300, Vityaz, Shelf, SVBR-100, ATGOR and ABV-6. If market conditions improve, they can be brought to the stage of a real mini-nuclear power plant in 5-10 years.

The foregoing allows us to conclude that nuclear energy will not go anywhere, it will simply become “mini”.
Reporterin Yandex News
Reporterin Yandex Zen
Information
Dear reader, to leave comments on the publication, you must sign in.