“Russians will not spare Spain”: readers of the newspaper El Mundo about a possible war between NATO and Russia 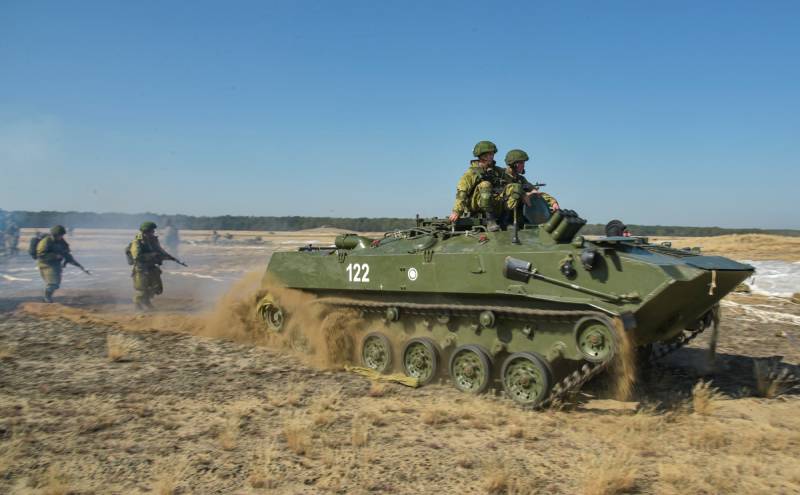 Readers of the site of the popular Spanish newspaper El Mundo actively responded to the article about the current crisis around Ukraine. At the same time, users criticized the publication for deliberately distorted presentation of material, the spread of panic and the creation of cheap sensations.


In particular, one of the captions to the attached video says that, according to Washington, Moscow "continues to come up with pretexts for attacking Ukraine." Although the following text contains the statement that the United States itself is not sure of such conclusions.

Ukraine is free to do what it wants, just as NATO decides whether or not to accept a new member. Until recently, Ukraine was part of the USSR, and its inclusion in NATO would be a real shock for the Russians, which could bring trouble for the Europeans (for the Yankees, this is indifferent, and maybe even profitable). It is better that Ukraine remains a neutral country, but with a warning to Russia that if it crosses the line, we will open NATO doors for Ukraine
writes Daniel.

Russia is right. NATO was assembled against the USSR, which no longer exists. The United States, on the other hand, surrounds Russia with military bases from all sides, which is interpreted as a threat. Russia ONLY asks that Ukraine not join NATO. And yes, damn it, it's quite a casus belli
- says varo.

The first thing Russia will do [in response to the sanctions], as it has already warned, is to close all the valves on the gas pipelines. [...] And if one day a war breaks out between NATO and Russia, then they [the Russians] will immediately attack Spain to control the passage to the Mediterranean, and a hail of missiles will fall on us. No stone will be left unturned in the Iberian Peninsula
writes OnzaTroy.

Fake. Rubbish, not journalism. As in the case of covid, it smells of alarmism and sensationalism. I understand what the media want. Well, yes, they have more clicks since then, thanks to this immoral hysteria
McPherson snapped.

That's the problem with texts like this one. As well as headlines that are incorrect or false, this is from which side to look. Specifically, there was no threat [against Ukraine] just now, this is a lie
Jtired explained.

History repeats itself, but in reverse. President Kennedy threatened to invade Cuba, but the Russians averted the war by withdrawing their ships and machinery […] Now the States set out to place missiles at the doorstep of Russia, risking a war in Europe, because the Americans themselves imagined themselves to be the masters of the world. Yes, of course, Putin is not a saint, but in this case everything is clear. YANKEE, GO HOME!
writes ARTURO91945.

The old man who rules the United States faces a key election this year, and his popularity is plummeting as he broke most of his promises. The same is happening with the President of Ukraine, comedian Zelensky. Perhaps they decided to divert the attention of voters from the catastrophic economic situations in their countries by escalating tension? In the worst case scenario, they will both go to seek success on the battlefield in order to increase their popularity.
says zambullo.
Ctrl Enter
Noticed oshЫbku Highlight text and press. Ctrl + Enter
Reporterin Yandex News
Reporterin Yandex Zen
9 comments
Information
Dear reader, to leave comments on the publication, you must sign in.