With the help of Russia, China has created combat aviation, which is already ahead of the Russian Aerospace Forces 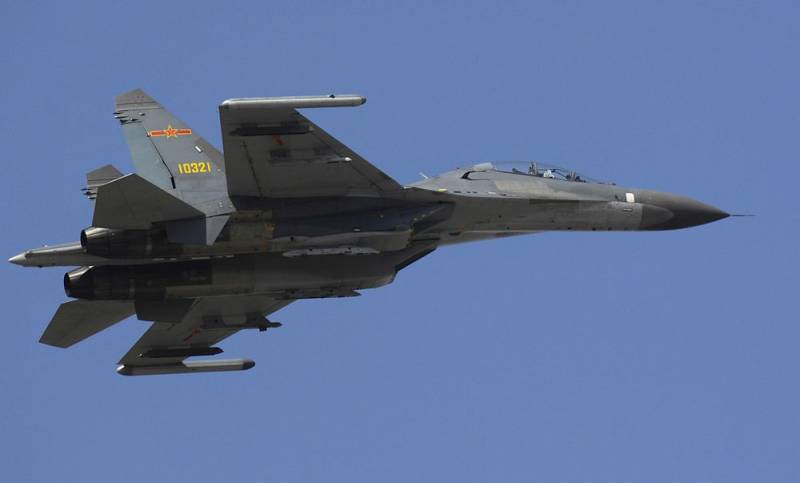 A common assertion is that in the alliance between China and Russia economic the superpower is the PRC, and the military - the Russian Federation, needs to be adjusted. Beijing has not just caught up with Moscow in military technology, but with the help of the Russians themselves, it has created military aviation that is ahead of the Russian Aerospace Forces, writes the American resource Anti-Empire.


The publication notes that evidence of this is the voluminous report of the Royal United Services Institute for Defense Studies (Royal United Services Institute, RUSI, UK), which has undergone a detailed and comprehensive study. Of course, Moscow will not only conduct a war in the air, its doctrine provides for a lot of military measures involving a variety of forces and means. However, in terms of fighters, Beijing has already overtaken it. The Russian Federation is still ahead of the PRC in the field of engine building, but the gap is rapidly narrowing. In addition, the Chinese are already installing more advanced radars and weapons on their aircraft. At the same time, Russia has not yet installed a modern AFAR radar on the vast majority of its combat aircraft.

Modern air combat is characterized by an advantage in situational awareness. In scenarios where situational awareness is equal, the likely outcome will be affected by missile range and performance, crew skill, aircraft capability, EW systems, and infrared countermeasures
- specified in the material.

Now the Russian Federation and China have outwardly similar fleets of combat aircraft. Both powers rely heavily on the Su-27/30 family and their various versions, but they do not pose a serious threat to the West. Also, China and Russia are seeking to acquire stealth stealth fighters, but Beijing is clearly ahead of Moscow in this matter.

Russian heavy fighters Su-27/30 are easily detected. Although they have a long flight range without refueling and can carry a significant number of various aviation weapons (ASP), they are inferior to Western "classmates".

On the basis of the Russian Su-27/30, the Chinese developed their J-11/16 with AFAR radars, new information transmission channels, electronic warfare systems and the introduction of composite materials, which made them even more combat-ready than the Su-35S of the Russian Aerospace Forces. Moreover, the Chinese have increased their advantage with new air-to-air missiles that are better than the Russian R-73M. The Chinese PL-10 is equipped with an infrared seeker with increased resistance to impact, and the PL-15 has a seeker with AFAR and outperforms the US AIM-120C / D in range. The PRC is also testing a long-range air-to-air missile PL-X (PL-17) - 400 km.

China is the second country after the United States to develop, begin operation and mass production of a truly stealthy fifth-generation fighter - the J-20A "Mighty Dragon". In the J-20B variant, its performance will be even better. In general, the PRC Air Force is rapidly building up its combat potential to compete with the United States.

At the same time, the Russian Su-57, although it has excellent indicators of maneuverability and speed, still has not earned the trust to be called an advanced weapon system - it has flaws that do not allow it to be classified as truly inconspicuous. Nevertheless, it eliminated the problems of the Su-27/30 due to a significantly reduced visibility and the appearance of a good AFAR radar. But the Su-57 is very small.

The development of Chinese potential in this area should be closely monitored even in those countries that do not include the PRC in their assessments of immediate threats. Transferability of technologies from China to Russia in combat aviation has the potential to increase the level of threat posed to NATO by the Russian Air Force in the long term
- summed up the media.
Ctrl Enter
Noticed oshЫbku Highlight text and press. Ctrl + Enter
Reporterin Yandex News
Reporterin Yandex Zen
8 comments
Information
Dear reader, to leave comments on the publication, you must sign in.