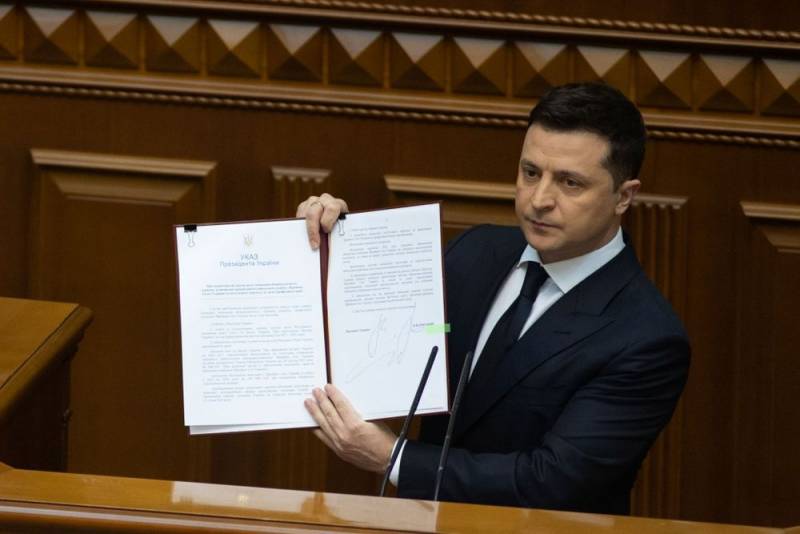 The situation in the Donbass remains not just tense, but has a clear tendency to escalate. This was announced on February 1 during a briefing by the representative of the DPR UNM Eduard Basurin.


The speaker said that according to available intelligence, the General Staff of the Armed Forces of Ukraine has completed the development of a plan for an offensive operation in Donbas. In the near future, a meeting is to be held with the participation of the head of the Joint Forces Operation (JFO) and the heads of the Vostok and North operational commands. After that, the plan of attack on the DPR and LPR must be approved by the National Security and Defense Council of Ukraine, headed by President Vladimir Zelensky.

The reconnaissance of the People's Militia of the DPR continues to record the active actions of the enemy to create strike groups and prepare them for the offensive
- said Basurin.

Basurin specified that the 14th Motorized Rifle Brigade of the Armed Forces of Ukraine (military unit A1008, B0259, part of the West operational command) is preparing for redeployment from the Volyn region to the Donbass. At present, the resupply, replenishment of fuel and lubricants, ammunition and other property is being completed. An application has been submitted for the transportation of 30 tanks and 100 units of other military equipment by rail equipment.

Attention was drawn to the fact that the Ukrainian side has increased the intensity of its unmanned aircraft flights in the conflict zone. He suggested that Kiev is trying to conduct aerial reconnaissance, prohibited by the Additional Ceasefire Monitoring Package, in order to clarify targets for future destruction.

In addition, instructors from NATO countries continue to train the Ukrainian military. Recently, about 50 servicemen of the Armed Forces of Ukraine completed their training at the 184th training center (Lviv region), where British specialists trained them as saboteurs and trained them in combat operations in urban conditions. They joined the ranks of the 95th Airborne Assault Brigade of the Armed Forces of Ukraine (military unit A0281, Zhytomyr), which is located in the Donbas. The center also provides training on the use of the NLAW ATGM. Moreover, these anti-tank weapons, transferred by Great Britain to Ukraine, are currently actively entering the conflict zone.


On the same day, while in parliament, Zelensky signed decree No. 36/2022 “On strengthening the defense capability of the state and the attractiveness of military service”. In particular, the document provides for an increase in the number of the Armed Forces of Ukraine by 100 thousand people to create 20 new brigades of the Ukrainian army.

This decree is the start of Ukraine's transition to a professional army. This decree is not because “war is coming soon”. This is what I tell everyone. This decree is so that soon and in the future there will be peace - peace in Ukraine
- said Zelensky.

He stressed that the country can only rely on its own strength. No one except Ukrainians will defend Ukraine.

Our country has many friends. And we are grateful to them again. But friends have their own homeland
- summed up Zelensky.
Ctrl Enter
Noticed oshЫbku Highlight text and press. Ctrl + Enter
Reporterin Yandex News
Reporterin Yandex Zen
3 comments
Information
Dear reader, to leave comments on the publication, you must sign in.