What will give Russia a new light aircraft "Baikal" 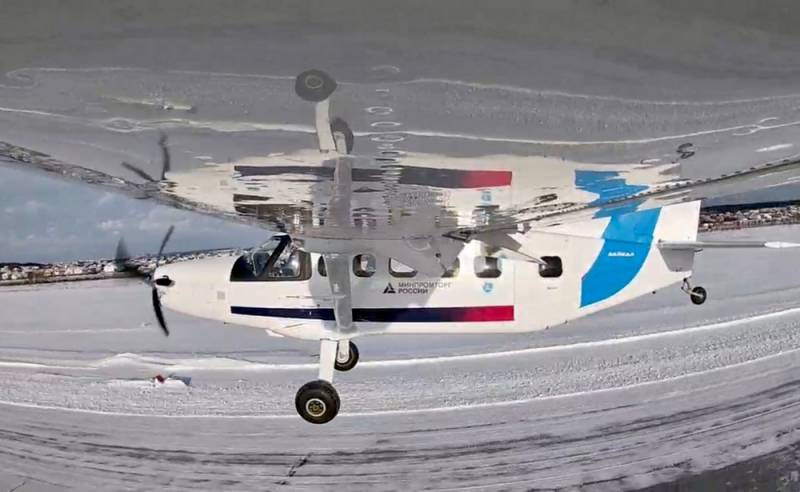 The day before, the domestic press exploded with joyful reports about the beginning of the revival of Russian small aircraft. The information occasion was the first successful flight of the light aircraft LMS-901 "Baikal", designed to replace the old Soviet "Kukuruznik" that was put into circulation. News, certainly positive, but will the long-awaited successor An-2 solve all the accumulated problems of our regional aviation?


Is there a need at all today, when there are modern short-, medium- and long-haul liners, for a small single-engine aircraft designed to carry only 9 people?

Yes I need it. Air transportation is indispensable in the vast expanses of the Russian North and Far East, where numerous small settlements are scattered. In the same Yakutia, for example, there are about 40 small airfields. The "Superjet" has nothing to do there at all, even a helicopter to drive and maintain such distances may not be very effective. Reliable and low-cost air service is also needed by the oil and gas sector operating in the Arctic zone. Such very specific operating conditions require special characteristics from aircraft.

In particular, it must be indestructible. A reliable design combined with an economical piston engine should ensure its operation in the most extreme climatic zones, on unprepared airfields, or even without them at all. An aircraft for small aircraft needs a simple and relatively inexpensive one, which can be repaired with a “sledgehammer” right in the field. The ideal solution at the time was the Soviet biplane An-2. "Kukuruznikov" was produced a record number - over 18 thousand, and some of them are still successfully operated. Alas, even their resource is not endless, the need to replace the An-2 is long overdue. It is with the successor of "Kukuruznik" that this story is connected, in which the main problems of the domestic aircraft industry appeared.

SibNIA im. S. A. Chaplygin, who presented several modifications of the turboprop biplane TVS-2DTS. The aircraft widely used composite materials, the cruising speed was 350 km/h, the payload was 2450 kg (with a range of up to 450 km), the maximum flight range was 4500 km, and the cost was about 150 million rubles. His experimental version of the TVS-2MS "Partizan" performed real miracles, making ultra-short takeoffs and almost hovering in the air at low altitudes. The plane was supposed to be produced in Ulan-Ude.

Unfortunately, last year the Ministry of Industry and Trade abandoned this curious project in favor of the LMS-901 Baikal. The reason was that TVS-2DTS used too many imported composites, which could become a problem under the sanctions, but the most important thing is the American Honeywell TPE331-12UAN turboprop engine with a capacity of 1100 hp. s., which SibNIA could not find analogues in Russia.

The Ural Civil Aviation Plant (UZGA) presented an aircraft with similar characteristics: takeoff weight of 4800 kg, cruising speed of 300 km/h, flight range of at least 1500 km with a load of 2 tons, passenger capacity of 9 people. The cost is expected at the level of 120 million. Serial production is scheduled to begin in 2024 in Komsomolsk-on-Amur. On the eve of "Baikal" made its first flight, which lasted 25 minutes.

Why was Baikal able to defeat Partizan? It is generally accepted that due to the lower level of use of imported components. However, this is not entirely true: now the Russian LMS-901 flies with a foreign General Electric H80-200 engine. It is simply amazing how in a country designing a heavy-duty PD-35, there was no piston of its own. Baikal was lucky only in the fact that domestic designers promised to adapt the VK-800 power plant for it.

By and large, the “plug” is precisely in the aircraft engine. Does this mean that, having received a new "old" engine, Russian small aircraft will get a second wind?

Alas, this is not entirely true. By themselves, light multi-purpose aircraft will not be enough, you need someone to fly them. Domestic air transportation has long been experiencing a serious shortage of personnel. Truly experienced civil aviation pilots often prefer to go to foreign companies, where conditions are better for them. And here, imagine, they will be offered a “tempting” option to work in small aviation in the Far North or the Far East, dangling between several God-forgotten settlements.

Professional personnel is a very big problem in modern Russia, and not only in aviation. But as for the small one, perhaps it is worth turning to the American experience, when a pilot's license can be obtained in just six months or a year? Of course, after such courses they will not be allowed to manage the Boeing, but the light Baikal is completely.
Ctrl Enter
Noticed oshЫbku Highlight text and press. Ctrl + Enter
Reporterin Yandex News
Reporterin Yandex Zen
15 comments
Information
Dear reader, to leave comments on the publication, you must sign in.