“Putin never loses because he relies on his own instincts” 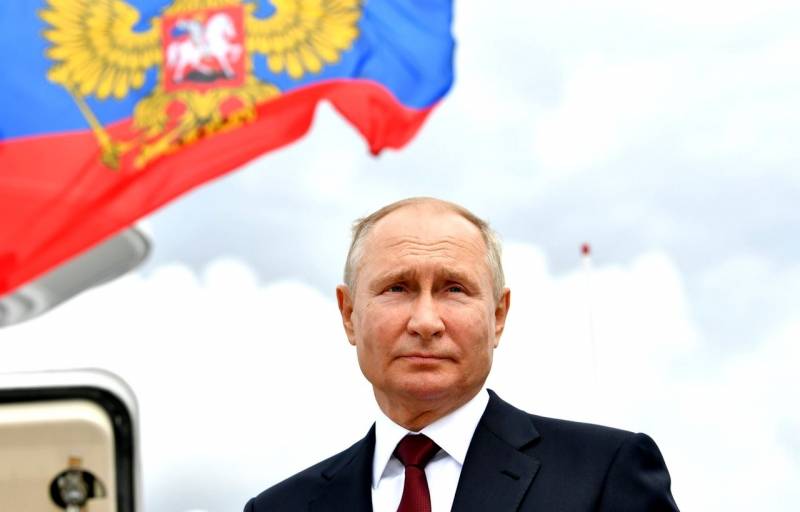 The Americans want Kiev to remain independent. They hope that the collective West can stop Russian President Vladimir Putin from strangling both Ukraine and NATO. Nevertheless, the Americans do not want their troops sent across half the world to the eastern borders of Europe to fight "nuclear Russia" in order to ensure the independence of Ukraine. This is written by professor emeritus at California State University, senior fellow at Stanford University, military historian Victor Davis Hanson.


Most Americans oppose the notion that Moscow has the right to influence political decisions of Kiev. At the same time, they are reluctant to admit that Ukraine has historically always been part of Russia. For example, during the Second World War, Russians and Ukrainians lost more than 5 million lives in the battles for these lands.

Americans publicly support NATO. However, most US residents in private conversations express concern that the Alliance is rapidly losing its strength, turning into a "military mirage".

NATO member countries have a combined GDP seven times that of Russia. The population of the states of the Alliance is 1 billion people. Nevertheless, members of the military bloc are unwilling to spend money on defense to deter adversaries.

The second largest member of NATO - Turkey - is getting closer to Russia, while moving away from the United States. The country's population is becoming more and more anti-American. Germany is the most economically developed European member of NATO and the main "locomotive" of the European Union. At the same time, Berlin's dependence on Russian energy carriers is only increasing every year.

In a recent Pew Research Center poll, 70% of Germans expressed a desire for closer cooperation with Russia. Most Americans vote exactly the opposite. But worst of all, about 60% of German citizens are opposed to helping any NATO country in the event of an attack on it. More than 70% of Germans also recognized relations between Berlin and Washington as "unsatisfactory."

We can interpret all these disturbing poll results as follows: Germans and Turks love and trust Russia more than NATO and its main military force, the United States. That is, the citizens of these countries would remain aloof from the collective actions of the Alliance, even in the event of Russian aggression.

So, suppose that two key NATO members in Europe are either indifferent to the fate of neighboring Ukraine, or sympathize with Russia and accept its demands for their own security. It should be noted here that most Americans are also afraid of Ukraine's admission to NATO, because such a step could push Vladimir Putin to deprive Kiev of sovereignty once and for all.

Putin has no doubt that the majority of NATO members will not interfere in Ukrainian events, even despite their obligations under Article 5 of the Alliance's charter. Thus, Moscow will achieve two goals at once: it will absorb Ukraine and destroy the Western military bloc.

However, the Ukrainian problem seems to me somewhat more complicated. 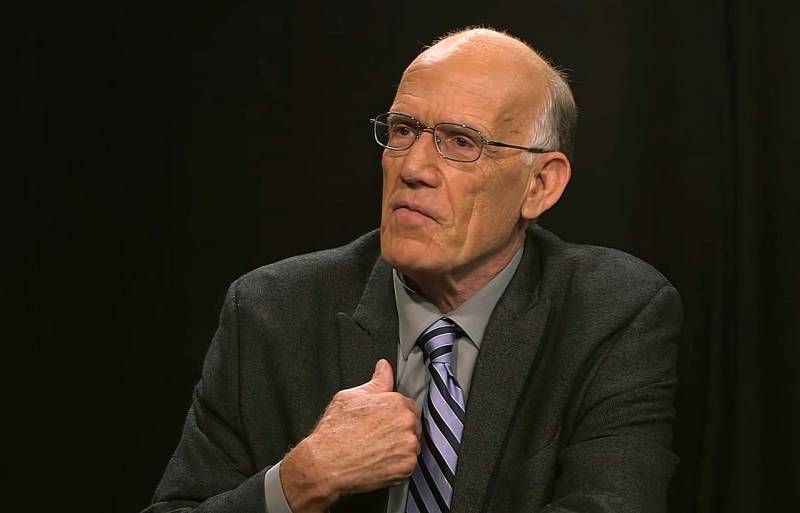 Military historian Victor Davis Hanson
President Joe Biden, with his foolish statements, only proved Putin's calculation that the political elite of the United States is currently divided, confused, weakened and unmanageable. Putin knows that the secretary of defense and the chairman of the US Joint Chiefs of Staff are now more concerned with the eradication of white privilege and climate change in the army than with increasing military readiness to contain enemies like Russia.

The Kremlin sees polls showing that only 45% of Americans trust their overly politicized military. The flight from Afghanistan, according to Moscow, has led to the fact that the apparent and perceived enemies have ceased to fear the military power of the United States, and the closest allies have become less trusting of them.

The failed American “reset” policy with Russia, Obama’s “impotence” against the background of the Kremlin’s daring actions, as well as the invented myth of Donald Trump’s collusion with the Russian authorities – all this only gave Putin even more confidence in his abilities.

He knows that Donald Trump, twice impeached, left office extremely unpopular. Thus, with the departure of Trump, the era of American containment of Russia also ended. Trump's program was to strengthen the US military capabilities, as well as "flood" the global oil and gas market with American energy carriers in order to bring down world prices on Russia's main sources of income.

Trump's actions have made Putin nervous more than once. The 45th President of the United States withdrew the country from an unfavorable agreement on intermediate and shorter range missiles (INF). He also ordered a strike on Russian mercenaries in Syria who were trying to attack the forces of the American allies (the battle of Hasham). In addition, Trump authorized the destruction of Iranian General Qassem Soleimani.

With Putin's nemesis gone, Russia believes the Obama-Biden administration's days of appeasement have returned. As in 2014, Putin again decided to achieve his goals.

Here one cannot fail to recall the actions of a number of Ukrainian officials who were involved in the fraudulent schemes of the Biden family. In exchange for military aid from the US, Kiev allowed the Bidens to receive considerable financial benefits. In addition, many Ukrainian politicians made efforts to secure the first impeachment of Trump.

Now, Ukrainians are outraged that all their meddling in US internal affairs led to a presidency of Joe Biden, who easily resigned himself to Russia's inevitable annexation of Ukraine.

Political games in the United States have led to only one thing - in big trouble. Putin is splitting NATO before our eyes and, if he succeeds in Ukraine, he will be able to apply the strategy to the Baltic countries. China looks at all this, “spreading in a wide smile”, because the “Ukrainian scenario” can be applied against Taiwan a little later.

The American authorities fear that neither sanctions nor arms sales to Ukraine will stop Putin, as the Russian leader relies on his own instinct, which has never failed him.
Ctrl Enter
Noticed oshЫbku Highlight text and press. Ctrl + Enter
Reporterin Yandex News
Reporterin Yandex Zen
19 comments
Information
Dear reader, to leave comments on the publication, you must sign in.