Another trillion: In Russia will build a mega-track

6 September 2018
3
Due to its geographical position, Russia should become part of the unique transport corridor “Western Europe - Western China”. An agreement on its construction was signed in Beijing in 2009. The new trans-Eurasian highway will allow delivering goods from China to European consumers in just 10 days. For comparison, it takes 45 days to transport goods from China to Europe via the Suez Canal. 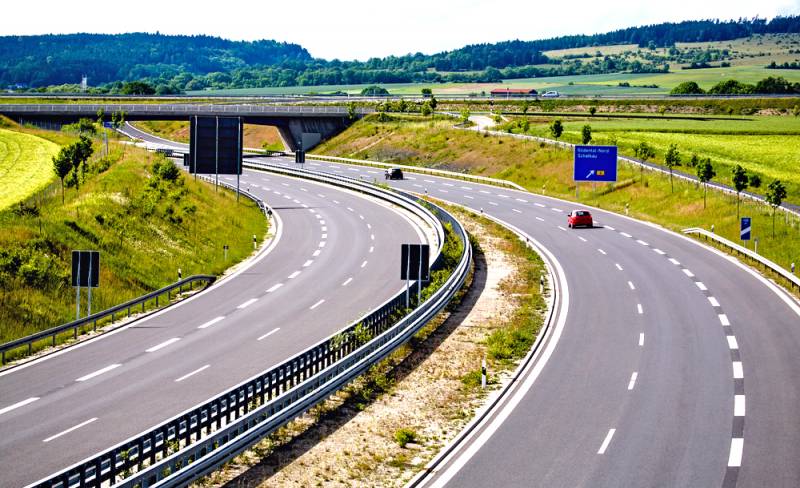 The total length of the mega-road will be over 8461 kilometers. The Chinese section of the transport corridor is 3425 kilometers, the Kazakh segment is 2787, and about 2233 kilometers remain for the Russian Federation. From the city of Lianyungang in the PRC to St. Petersburg, it will be possible to drive and carry goods at an average speed of 100-150 kilometers per hour. Participation for transit countries in this global project is beneficial because, in addition to infrastructure development, fees will be charged for passing vehicles. It will also increase demand for Russian building materials and create new jobs in the road industry.

However, despite all the undoubted benefits of participating in such an infrastructure project, unfortunately, it was our country that became its bottleneck. The construction was chronically underfunded, it was fragmented. The big problem was that the existing Russian roads simply did not meet international standards. At this very time, China and Kazakhstan successfully completed their sections of the unique transport corridor and expressed dissatisfaction with their Russian partners. Due to delays on the part of Moscow, the Chinese even started looking for bypass routes south of Russia along the Caspian Sea.

And now, 9 years after the signing of the agreement, the Russian leadership again paid close attention to the trans-Eurasian transport corridor. What changed?

At first, the project has grown in price. A month ago, he would have cost 560 billion rubles. Now it is estimated at a trillion rubles, 825 billion of which will be budgetary. As an explanation of the high cost, experts refer to the clayiness of the soil and the cold climate, which together leads to swelling and destruction of the roadway. True, in the same Canada with similar climatic conditions, the roads are smooth and do not require constant patching. Experts comment:

Developed in Canada a long time ago technology future road, which makes roads insensitive to seasonal temperature changes. Only our fools for some reason will not reach her.

And maybe, contractors and not fools at all. Therefore, endless repairs immediately builders included in the estimate.

Secondly, the Russian section of the Western Europe – Western China corridor will be slightly different from what has already been built in China and Kazakhstan. Experts explain:

A route of this length, according to the rules of road construction, is not required to be a homogeneous road with the same number of lanes along its entire length. In a sense, this is not a single project several thousand kilometers long, but a chain of segments. The bandwidth of different segments, their other characteristics may vary - this is normal.

Country President promised mega-construction. A trillion with a hook not spent on the mountain route in the Kuban will go to invest in a large-scale international project, the profitability of which is undeniable.
Ctrl Enter
Noticed oshЫbku Highlight text and press. Ctrl + Enter
We are
10 billion per kilometer: Russia is ready to build the most expensive highway
Russia is preparing a competitor to the Suez Canal
Reporterin Yandex News
Read Reporterin Google News
Ad
We are open to cooperation with authors in the news and analytical departments. A prerequisite is the ability to quickly analyze the text and check the facts, to write concisely and interestingly on political and economic topics. We offer flexible working hours and regular payments. Please send your responses with examples of work to [email protected]
3 comments
Information
Dear reader, to leave comments on the publication, you must sign in.