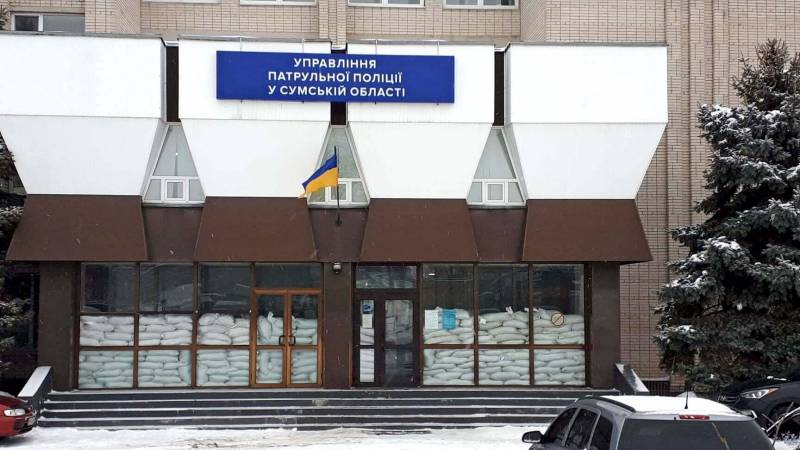 The fear of Russian "aggression", planted by Kiev with the help of pro-government media, is pushing the country's local authorities to "retaliate." Thus, eyewitnesses report barricading the Patrol Police Department in the city of Sumy in the north-eastern part of Ukraine.


The police blocked the windows of the departmental building with white sandbags. So far, there has been no official information about the actions of Ukrainian law enforcement officers.

In connection with what is happening, a number of experts draw attention to the fact that the administrative center of the Sumy region is in "dangerous proximity" to the Russian border, where soldiers and military equipment. We are talking primarily about the Kursk, Voronezh, Belgorod and Smolensk regions.

According to the Ministry of Defense, the military event was part of the previously approved plans of the department. Zhuravlev also noted that tactical exercises involving aircraft and air defense systems would soon be held in the district.
Ctrl Enter
Noticed oshЫbku Highlight text and press. Ctrl + Enter
Reporterin Yandex News
Reporterin Yandex Zen
6 comments
Information
Dear reader, to leave comments on the publication, you must sign in.