In Germany, they offered to “freeze a couple of winters”, but punish Russia for Ukraine 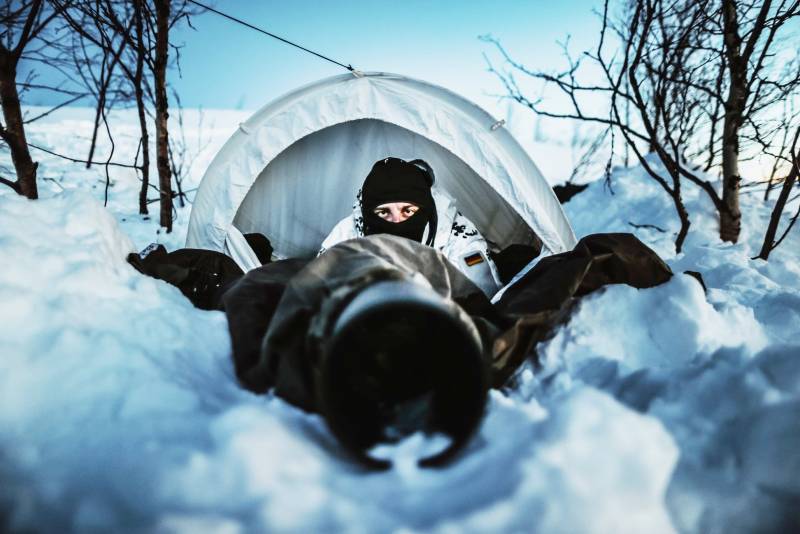 A rather remarkable article was published in the German magazine Focus, on the pages of which the journalist Ulrich Reitz speaks about policy "containment" of Russia.

If the West intended to protect Ukraine from Russia, it could do it. He only needs to accept Ukraine into NATO. […] If Ukraine were a member of the Alliance today, Moscow would risk starting a big war, one that would threaten the destruction of Russia itself. […] But the West abandoned this form of military deterrence in the case of Ukraine
- argues the author.

Mr. Reitz points out that 40 percent of Russia's foreign trade is with Western countries. Germany alone supplies goods worth more than 25 billion euros to Russia. Russia, on the other hand, sends its raw materials to the West, mainly natural gas.

Recently, the German federal government made it clear that "everything is ready" in the field of sanctions. They include not only the Nord Stream 2 gas pipeline, through which gas has not yet flowed, but also the participation of the Russian Federation in the SWIFT payment system, expulsion from which, as the text says, will lead to a halt in all foreign trade.

The author admits that the Ukrainian army is unlikely to be able to defeat Russia. Yes, and NATO will hardly accept Square, at least as long as it is involved in a direct conflict. However, he still calls on his fellow citizens to be tough.

Pacifists have always found the logic of containment perverted. However, this perversion has prevented a major war for 75 years in a row.
- summarizes the author.

Dear Mr. Reitz, I used to read your comments carefully and with pleasure. Now I'm wondering where you got all this from? Perhaps Asterix told you the secret of the Druid's magic potion? The way you rant about the chances of winning the war and how to inflict maximum damage on the Russians horrifies me. As I understand it, you never held a machine gun in your hands, never wore helmets on your head and never dug trenches? I despise you!
– said Dieter Tippmann.

All barriers are built because of the orientation of European states towards the United States. And the gradual (completely unnecessary) and provocative eastward expansion of NATO only added fuel to the fire. Russia is part of Europe and has proven to be a reliable partner so far. Do you want Russia to turn to the East? Then keep up the good work
- said Udo Grau.

Talk of "nuclear" sanctions is going too far. The Americans are just using us, and Nord Stream 2 is a good example of this. America wants to torpedo the pipeline in order to sell us its not-too-clean shale gas. And instead of finally getting more gas from Russia, we ourselves supply the already available gas to the east. Stocks will soon run out, and then many, presumably, will begin to freeze
Claus Randel reasoned.

I am not a fan of Putin at all, but in principle he is right. He does not want to see other people's bases on the borders in exactly the same way that the United States does not want Russian troops in Cuba. If you are using the argument that Ukraine is a sovereign state, then you must accept this for Cuba as well. In general, some of the requirements of Ukraine in relation to Germany are quite outrageous
writes carlo blum.

We must finally stop whining and put Putin in his place. Didn't the West support Ukraine in its desire to get away from Russia? I'd rather be cold for two winters and take cold showers than see Putin take over all of Ukraine. But the West will sit in front of the TV, as it was during the annexation of Crimea
– responded user Ralf Bombeck.

The "financial atomic bomb" will hit the West especially hard if trade stops. The Russians are willing to suffer, unlike people in the pampered West, where gas will no longer flow and the Russian market will close and many jobs will be lost - to the delight of the Chinese. In general, no NATO strategist has ever thought about the consequences for the West if Russia and China form a closer alliance.
- the user Mirko Cramer indicated the position.
Ctrl Enter
Noticed oshЫbku Highlight text and press. Ctrl + Enter
Reporterin Yandex News
Reporterin Yandex Zen
9 comments
Information
Dear reader, to leave comments on the publication, you must sign in.