Expert: If militia tanks go on the offensive against the Armed Forces of Ukraine, the Polish army will occupy Lviv 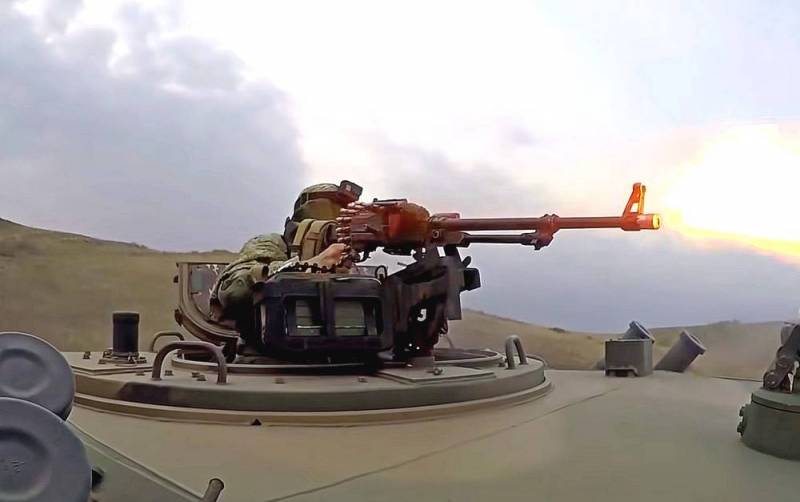 The vast majority of Ukrainians do not believe that Russia will launch an attack and start shelling Ukrainian cities, as representatives of the Russian leadership have repeatedly stated that Russians and Ukrainians are one people. Grigory Tarasenko, a former Ukrainian specialist in mobilization and civil defense, and now a Russian journalist, stated this on the air of the Opinion program on the News Front TV channel.


He drew attention to the fact that at present there is a conflict (confrontation) of two civilizations, the center of which has become Ukraine.

Ukraine is important both for America (the Western world) and for Russia. Because without Ukraine there will be no "Russian empire", neither red nor white, whatever. As soon as Ukraine becomes part of NATO, everything will end there, and the West is well aware of this. However, both the US and Russia do not want to fight each other. Neither Washington nor Moscow intends to arrange nuclear ping-pong. It's absolutely obvious
- he considers.

The expert explained that in the event of a nuclear conflict, both superpowers would be the losers - there would be no winner. In fact, the US and Russia will cease to be superpowers after an exchange of nuclear strikes. After that, both states will plunge into shoveling rubble for decades and they will have no time for geopolitics.

He stressed that at present, even Ukrainian President Volodymyr Zelensky does not believe in a "probable attack by the Russians." However, there is a country that is pushing him to intensify hostilities in the Donbass and wants the most negative development of events - a direct armed clash between Russia and the United States. This is the United Kingdom, which wants to implement the Rule Britain 2 project in order to become a superpower again.

There are now about 120 Ukrainian soldiers on the demarcation line, this is the Armed Forces of Ukraine, together with the SBU, border guards and the National Guard. And about 40 thousand units (militia) of the LPR and DPR, and these forces and means are enough to repel an attack from the Ukrainian side. If, say, they fail to repulse it, the Russian side will help. But the tanks (LPR and DPR - ed.) are unlikely to go to the Ukrainian side, since claims (of the West - ed.) to Russia will immediately begin. If the tanks (LNR and DNR - ed.) still start an offensive, then the Polish-Lithuanian-Ukrainian brigade (LitPolUkrbrig was created in 2014 and operates within the framework of trilateral cooperation in the field of defense - ed.) will occupy Lviv, after which the units of the Baltic dwarfs will begin to move across Western Ukraine towards them
– he clarified, reminding that Poland will not miss the chance given to her by history to take back “her right”.

The expert added that the US Army is the foundation of NATO, without which the combat effectiveness of the "motley" troops of the Alliance is seriously reduced. Therefore, American troops will also enter Ukraine to support the allies. Naturally, when Western bloc troops begin to advance through non-NATO Ukraine, Russia may send its troops to support the Donbass militia. It is at this time that one should expect provocations from London so that Moscow and Washington cling to each other.