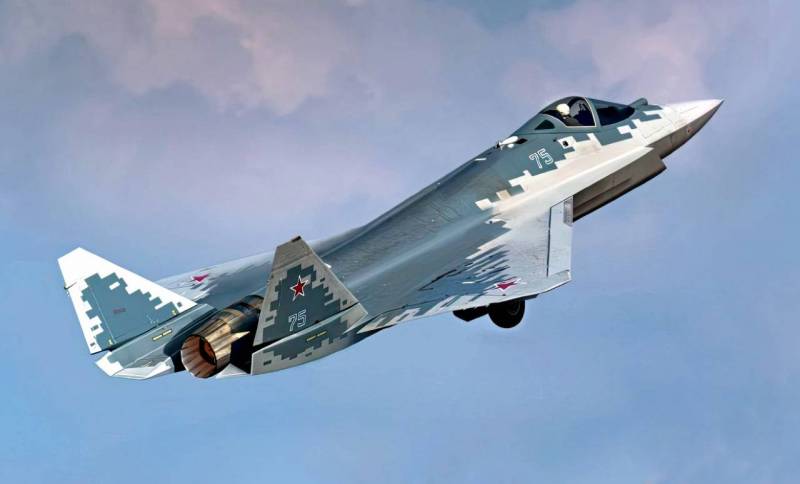 Continuing the theme of the aircraft carrier fleet that Russia needs. Having outlined the dimensions of a promising aircraft carrier for the Russian Navy, it is necessary to talk about which aircraft should be based on it and for what tasks.

Unfortunately, few topics are as defamatory in the media and the blogosphere as the aircraft carrier. It is difficult to understand why this question causes such unmotivated aggression in some of our compatriots and almost a gag reflex to another model of a promising Russian aircraft carrier. Perhaps it is the carefully suppressed envy of the US Navy as the Maybach of a mayor or governor that the average person will never have. And everything would be fine, but the fact is that in this way the most important issue of ensuring the national security of our country is transferred to a freak zone, and this is unacceptable!

Literally in a nutshell, we will say again why Russia needs aircraft carriers. Not for the "image of a superpower." Not in order to "chase the Papuans." Not to fight for the atolls with the US Navy AUG somewhere in the Pacific Ocean.

Aircraft carriers are vital for the Russian Navy to ensure the safe deployment of our strategic nuclear submarines before a nuclear strike on the enemy. Naturally, he, the enemy, will prevent this in every possible way by sending his anti-submarine aircraft and hunter submarines to hunt down and destroy our SSBNs. In theory, our surface fleet should cover the SSBN, but the cat cried large combat-ready ships in it, the sea-based air defense system is rather weak and simply cannot withstand the massive air strike of the American AUG carrier-based aircraft fighters. Considering the quantity and quality of the US Navy, namely, they are assumed by our enemy, the Boreys have very few chances to survive and fulfill their combat mission, that is, a retaliatory nuclear strike may not work.

In other words, without adequate cover, the naval component of our "nuclear triad" is practically defenseless, its use turns into "Russian roulette", luck or no luck. And if you're not lucky?

For air defense coverage of the SSBN deployment area, we need our own aircraft carriers, which will drive away enemy anti-submarine aircraft and its carrier-based aircraft, preventing fighters from reaching a comfortable distance of delivering a massive missile attack on our ships, intercepting cruise missiles and linking them up in battle. Anti-submarine helicopters based on the deck of an aircraft carrier will have to track and destroy enemy multi-purpose submarines hunting for our SSBNs. This is the real and main task of Soviet and Russian aircraft carriers, and not the capture of African countries or the battle for the atolls. Air support for amphibious assaults and air strikes along the coast are just a useful bonus.

We are talking about the national security of Russia and the nuclear deterrence of the "hegemon", so profanity, hype and freaking on this topic are simply unacceptable.

What kind of aircraft carriers does Russia need

Having figured out why we actually need aircraft carriers, let's say in a nutshell what kind of aircraft carriers we need. Ideal is the reincarnation of the Ulyanovsk heavy nuclear-powered aircraft-carrying missile cruiser. Those for the Navy of the USSR should have been built 4 pieces, but did not have time.

Alas, the modern Russian Federation simply cannot sustain a project of this magnitude. It will be very long and expensive, a lot of money will be pumped out of the budget by the subsequent maintenance of four nuclear supercarriers. Why so many? They will have to be distributed two by two to the Northern and Pacific fleets, and the ships will periodically need repairs and modernization. While one is under maintenance, the second must be ready to serve so that the enemy does not take advantage of the absence of an aircraft carrier in the ranks.

A reasonable alternative to nuclear giants with a displacement in the region of 80 tons is the construction of light aircraft carriers with a displacement in the region of 000 - 40 tons with a conventional power plant. Yes, in a direct collision with the Nimitz or Ford in the battle for the Pacific atolls, he has no chance, but such a task is not for the Russian aircraft carrier. 000 carrier-based fighters, 50 helicopters and 000 reconnaissance and strike UAVs will make it possible to cover the SSBN combat deployment area and provide an escort for a military convoy, and even strikes along the coast can be carried out, supporting, if necessary, amphibious assault.

It will be several times cheaper to build and then maintain a light aircraft carrier with such a displacement than the Ulyanovsk analogue, and much faster. For example, at the Zaliv plant, where two project 23900 UDCs with a comparable displacement of 40 tons are already being built, immediately after they were launched. As a prototype, the light multi-purpose aircraft carrier project from the Krylov State Research Center or the Varan project from the Nevsky Design Bureau, about which we they said previously. The design features of the ship are a debatable issue, but its dimension is fundamental: in the region of 40 - 000 tons of displacement, which makes it not fantastic, but quite real.

An air wing for promising aircraft carriers is our separate headache. Light carrier-based MiG-29K fighters have long been outdated, and heavy Su-33s have been discontinued. An ideal option would be the “weakened” fifth-generation Su-57 fighter, however, the aircraft is produced in small test batches, since the Izdeliye 30 engine has not been brought to perfection, there is no deck version, and to launch such a heavy aircraft, you need a catapult and a fairly long deck . In other words, the Su-57 is an option for the Ulyanovsk-type nuclear aircraft carrier with a displacement of 80 tons, that is, a matter of a very distant future, when Russia will claim the role of a global power with a really powerful ocean fleet.

In the meantime, let's be more realistic, and our fully working version is the budget version of the Su-57, the light multi-role fighter of the fifth generation of the Su-75. With common sense, it becomes clear that the Checkmate should go the way of the American F-35 fighter, which has three versions: the F-35A for the US Air Force, the F-35C as a carrier-based for the US Navy, and the F-35B SKVVP for the US Marine Corps.

What will the transformation of the Su-75 into a multi-mode aircraft give Russia?

At first, in the version with horizontal takeoff and landing, Checkmate can serve both basic and naval carrier-based aviation. The Su-75 could well replace the aged MiG-29K fighters on the Admiral Kuznetsov and promising Russian light aircraft carriers, and also be exported, for example, to the Indian Navy.

Secondly, in the version with a short takeoff and vertical landing, the Su-75 could be based on project 23900 universal landing ships, as well as on other ships of this class, which, hopefully, will still be built. The presence of the SKVVP will turn the UDC into light aircraft carriers, which can be used as a means of air support for amphibious assault forces or for escorting a military convoy.

Thirdly, in the version with purely vertical takeoff and landing, the Su-75, if necessary, can be placed on the deck of large container ships, turning them into ersatz aircraft carriers. The corresponding ARAPAHO program was developed after the Second World War, taking into account its experience, by the Anglo-Saxons, who had to seriously fight the Germans and Japanese at sea. The developments came in handy during the Falklands War, when Great Britain had to send all its combat-ready aircraft and fleet to the other side of the world. VTOL Harriers were then based on large container ships and contributed to the defeat of Argentina.

If the Su-75s are able to take off not only in a shortened, but also in a purely vertical pattern, they can, if necessary, be placed on mobilized civilian ships, strengthening their deck with a heat-resistant coating. Of course, in naval battles against AUGs, there will not be so much benefit from VTOL aircraft, except perhaps to protect the mast, but, for example, they will fulfill the task of air support for amphibious assaults. It will be possible to send several dry cargo carriers carrying up to 20 VTOL fighters on each to reinforce the Russian KUG (AUG) to a remote theater of operations.

Thus, the transformation of the Su-75 Checkmate fighter into a multi-mode SKVVP will allow Russia to acquire a relatively low-cost, but very effective carrier fleet. Our country may not become the "mistress of the seas and oceans" because of this, but it will turn into a really strong player that even the US Navy will have to truly reckon with.
Ctrl Enter
Noticed oshЫbku Highlight text and press. Ctrl + Enter
Reporterin Yandex News
Reporterin Yandex Zen
52 comments
Information
Dear reader, to leave comments on the publication, you must sign in.