Why "Admiral Kuznetsov" should lead the Russian squadron in the Mediterranean 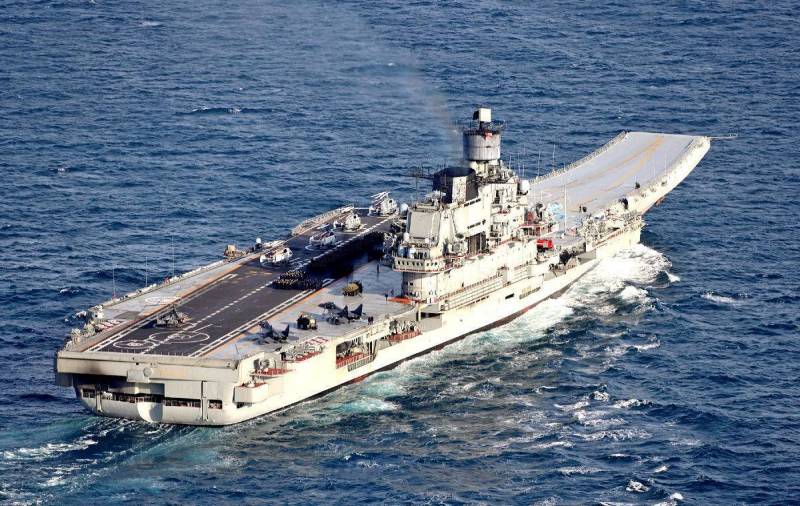 If we believe the statements of USC Deputy Head Vladimir Korolev, the repair of our long-suffering last aircraft carrier Admiral Kuznetsov will be completed at the end of next year 2023, and the ship will be handed over to the Russian Navy. After the upgrade, the life of the heavy cruiser will be extended for another 10 years. Let's hope it all works out. Where and how should the aged TAVKR spend the years allotted to him?


We called the long-suffering "Admiral Kuznetsov" not in vain. Troubles haunted the ship throughout its entire service life: problems with the power plant constantly appeared, during the Syrian campaign, the TAVKR lost two carrier-based aircraft not in battle, then it was almost drowned along with the PD-50 floating dock, and in the final repair it was almost burned in a fire . If the cruiser survives the modernization, then the main boilers will be replaced on it, the main turbo-gear units and the propeller-steering group, gas turbine and diesel generators will be repaired, after which it should stop “smoke”. Avionics, takeoff and landing control system are subject to update. The strike missile systems will be dismantled, and the naval version of the Pantsir-S1 air defense system will be responsible for air defense. After that, the TAVKR, which has actually turned into a light aircraft carrier, will last at least a decade.

The main question is where and how to benefit the country from this. Domestic "aircraft carriers" who swear by "hypersound" and unprecedented "stratospheric bombers" believe that Russia does not need ships of this class at all, pointing out, in particular, the not very unconvincing results of the Syrian campaign "Admiral Kuznetsov". Of course, they are deeply mistaken, and there are quite simple explanations for the unsuccessful TAVKR campaign.

At first, huge aircraft-carrying non-nuclear ships require the appropriate infrastructure for their regular maintenance. After the collapse of the USSR and the division of the Black Sea Fleet with Ukraine, Admiral Kuznetsov was hastily transferred to the Northern Fleet. There, for all the past decades, no coastal infrastructure was built for it, which is why in the harsh northern climate the cruiser wasted its resource ineptly, as if it was constantly dangling from a round-the-world trip to a trip. As a result, by order of the Supreme Commander-in-Chief, the TAVKR went to Syria in a non-combat state.

Secondly, the crew of the aircraft carrier simply did not have the appropriate training. The carrier-based pilots are the elite of the elites, but later it turned out that even the commanders had only a few hours of flight time before the campaign. In other words, the fighter wing was not ready to carry out the combat missions assigned to it. It is simply amazing that only 2 aircraft were lost: due to a break in the arrester, one fell into the water from the deck, and the second fell into the sea not far from the ship, which he could not board, because in front of him, when another fighter landed, the arrester cable was torn and tangled. The pilot had to fly around the Admiral Kuznetsov until all the fuel was used up. Fortunately, there were no human casualties in both cases.

And we again return to the main question, is it worth it for our only aircraft carrier to return back to the Northern Fleet, where there is still no appropriate infrastructure for it?

Probably not, if the Russian Navy wants the ship to still serve usefully. Perhaps "Admiral Kuznetsov" should be relocated to the Black Sea Fleet, from where he originally came. Recall that the future flagship instead of the missile cruiser "Moskva" here should be the UDC project 23900 "Mitrofan Moskalenko" under construction in Kerch. This choice in favor of a universal landing ship says a lot about the far-reaching plans of the RF Ministry of Defense in the basins of the Black and Mediterranean Seas. But it is even more important that for the UDC in Sevastopol they have already begun to build the appropriate coastal infrastructure. Obviously, some conclusions about the fate of the TAVKR were made, and the UDC should not repeat old mistakes. The total displacement of the Russian helicopter carrier is 40 tons. There is reason to hope that a light aircraft carrier with a total displacement of 000 tons will also be able to use the infrastructure.

But what should "Admiral Kuznetsov" do in the "Black Sea puddle"?

Nothing in particular. Being assigned to Sevastopol, the former TAVKR could lead the Permanent Task Force of the Russian Navy in the Mediterranean Sea. Yes, the Russian aircraft carrier should go back to Syria, where he should take revenge. If the ship is permanently based at our naval base in Tartus, being repaired as necessary in Sevastopol, it will be able to bring real benefits to the country.

First of all, it is worth recalling the strategic importance of the Eastern Mediterranean. It was here that during the Cold War, a dozen American SSBNs of the formed 16th squadron of nuclear submarines of the US Navy grazed. From there, they could shoot nuclear missiles through the territory of the USSR to the Urals. The need to counter them led to the creation of the famous 5th OPESK (Operational Mediterranean Squadron of the USSR Navy), the successor of which can be considered the current Permanent Task Force of the Russian Navy in Tartus.

"Admiral Kuznetsov" could play an important role in deterring potential US aggression in the region. Instead of using it for air strikes against terrorists, a light aircraft carrier can act as the core of an anti-submarine search and strike group, together with Project 22350 frigates and Project 1155 BODs. This ship can simultaneously carry 28 aircraft and 24 anti-submarine helicopters. Carrier-based fighters are capable of providing anti-aircraft cover for the Russian squadron, and helicopters are capable of searching for and tracking NATO submarines in the Eastern Mediterranean. If necessary, the pilots would be able to practice strikes from it against terrorist positions in the Middle East, gaining real combat experience. "Admiral Kuznetsov" would also be able to carry out the task of escorting the flagship of the Black Sea Fleet "Mitrofan Moskalenko" in his campaigns, which, of course, are already planned.

In this capacity, the former TAVKR would really benefit more than he ingloriously freezes in the Northern Fleet. This would make it possible to preserve carrier-based aviation as a class until better times, when the Russian Navy can be replenished with modern aircraft carriers. After the development of the resource, "Admiral Kuznetsov" can be transferred to the Black Sea as a training ship for pilots of Russian carrier-based aviation.
Ctrl Enter
Noticed oshЫbku Highlight text and press. Ctrl + Enter
Reporterin Yandex News
Reporterin Yandex Zen
15 comments
Information
Dear reader, to leave comments on the publication, you must sign in.