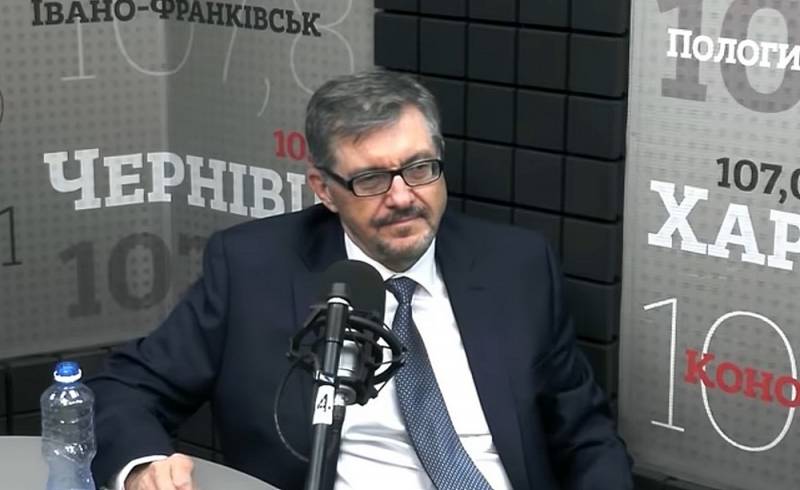 Readers of the oldest French newspaper Le Figaro responded to an interview with a historian of Ukrainian origin from Harvard University, Professor Sergei Plokhy.


The researchers were criticized for their strictly pro-American view of the current conflict between Russia and the West, which, in their opinion, lays the blame for the crisis solely on the Russian Federation.

We are facing a major crisis. This is Russia's attempt to overturn and revise the international order established in 1991. Ukraine is at the center of this crisis. This is a centuries-old question that touches on Russian identity and the idea that Ukraine and Belarus may have a separate history from Russia. In his historical essay published last summer, Vladimir Putin made it clear that, in his opinion, Ukrainian history has never been in the past and will never be in the future.
- in particular, the professor believes.

Let's read only the titles of recent articles about the Russian-Ukrainian conflict: 1) "Westerners should prepare for the consequences of a possible Russian offensive" 2) "From Ukraine to Kazakhstan, the former satellites of the USSR suffer from instability" 3) "In the Baltic countries, the French army and its allies prepare for war against Russia. What is it, the Pravda newspaper on the contrary?
- condemned the presentation of information Emotionless brain.

Sergei Plokhy is certainly an outstanding American historian and scholar, but his background inevitably determines the attitude towards the situation in Ukraine. His thesis about the desire of Ukrainians to join NATO in response to the annexation of Crimea and intervention in the Donbass falls apart rather quickly, if we recall the landing of a military equipment NATO to the port of Feodosia in 2006, which prompted Vladimir Putin to stop rapprochement with the West at the 2007 Munich Security Conference. And it was the revolution on the Maidan in 2014 that brought Russia closer to intervention in Crimea and Donbass.
– Akhenaton recalled in a comment.

Another specialist who focuses on the problems that should be delivered to the Russians, as well as on a tougher approach. The path he charted leads to war and nothing else. Such a little hawk in university clothes. It is not in our national interest to support this rhetoric and seek fights. This is not 1962, Russia has many more tricks up its sleeve. If we could dissolve NATO, there would be less problems
GIO2B noted.

This analyst is not that good. He has typical American views!
replied cyclamen10.

Putin is old. He came to power when the country needed him and restored order, but that was 20 years ago, and today Russia is considered great only because of its territory ... and natural gas. GDP per capita is low, and the money the people desperately need is spent on weapons. Who knows any Russian brand at all, except for Gazprom, huh?
Besoin de rupture criticized the Russian authorities.

A truly American vision of the topic ... Russians are bad guys, and Americans are good ... But in general, since the time of Stalin and even since 1991, the world has changed ... It is the United States that now exports dangerous ideas and poses a threat to world peace .. isolationists in 1939 but interventionists in 2021
papazorg56 admits.

Just one anti-Russian propaganda. Let's not forget all those American lies about Iraq, the Balkans, etc. Russia has absolutely no interest in attacking Ukraine. Simply respecting the commitments made by President George W. Bush in 1991, which included a loud and clear statement that NATO would never admit Ukraine, would be enough to end this crisis. At present, European countries, with the exception of pro-British dogs, apparently will not join the American position.
writes Glorious.

This professor's analysis is designed to make us believe that things are changing, that a completely separated Ukraine from Russia is inevitable, and that Russians must embrace this changing world. This, above all, is the position of the current American administration. We see here another attempt by the US to use everything possible to convince us that the Russians are on the verge of invading Ukraine, and the States are coming to the aid of the peoples oppressed by the tyrannies of the East (China and Russia). Would you like to joke?
Ferragus gave his assessment.

We are already terrified of frost, so go fight for the Ukrainians yourself ... I believe that you will capitulate to Putin in less than a day
responded reader anonyme 78133.
Ctrl Enter
Noticed oshЫbku Highlight text and press. Ctrl + Enter
Reporterin Yandex News
Reporterin Yandex Zen
5 comments
Information
Dear reader, to leave comments on the publication, you must sign in.