Under what conditions can nuclear weapons appear in Belarus 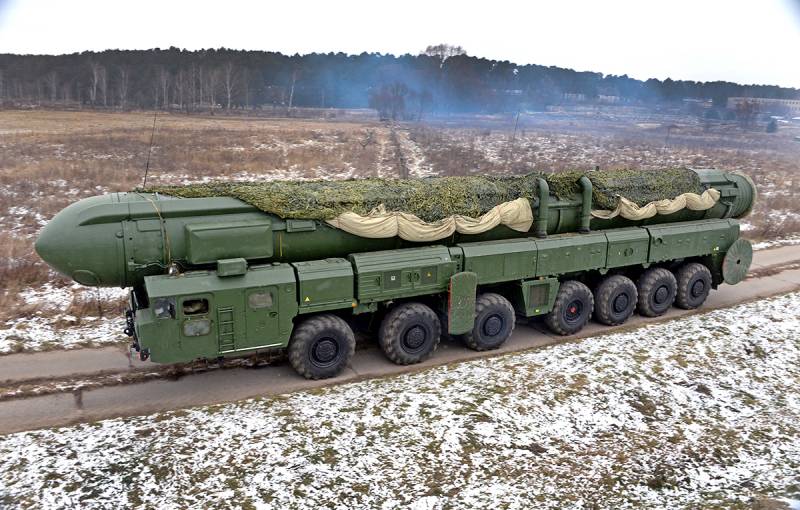 The confrontation between the Kremlin and the West is constantly growing. In response to the pulling of the Russian military to the Ukrainian border and the holding of the large-scale exercises “Allied Resolve-2022” by the Russian Ministry of Defense together with Belarus, the NATO bloc put its combined armed forces on alert and deployed them to strengthen allies in Eastern Europe. A natural question arises: how expedient is the deployment of the Russian nuclear arsenal on the territory of Belarus as a means of deterring the aggression of the North Atlantic Alliance?


In fact, in Belarus, as one of the most western outposts of the USSR, nuclear weapons were quite recently by historical standards. However, in 1993, Minsk joined the Treaty on the Non-Proliferation of Nuclear Weapons in exchange for security guarantees from Moscow, Washington and London under the Budapest Memorandum. The very process of nuclear disarmament in Belarus, the first of the CIS countries to take such a step, continued from 1992 to 1996. Ukraine also followed its example, possessing at that time the world's third largest nuclear arsenal and means of its delivery, which included about 1900 strategic warheads, 176 intercontinental ballistic missiles and 44 strategic bombers, which she later bitterly regretted in 2014. Life has shown that it is somehow more confident and safer with a nuclear arsenal than without it.

Talks that nuclear weapons, Russian ones, may again appear in Belarus, actively began last year. President Lukashenko considered that this would be an adequate response to the possible deployment of American nuclear weapons in neighboring Poland:

They will move to Poland. Yes. Then I will offer Putin to return nuclear weapons to Belarus. <…> We will agree on what. That nuclear weapon, which will be most effective in such contact.
At the same time, Alexander Grigorievich stressed that all the "sheds", which mean the corresponding military infrastructure, "stand still." However, two serious obstacles stand in the way of the re-nuclearization of Belarus.

The first is the Constitution of the country, which says that the Republic of Belarus strives for neutrality and a nuclear-free zone. However, at the end of 2021, Minsk presented a draft amendment to the Basic Law of the Republic of Belarus, where these restrictive clauses disappeared. This means that after the adoption of constitutional amendments, all legal prohibitions on the deployment of nuclear weapons in Belarus will disappear. Moreover, Western observers saw in the legislative novels the possibility of the appearance of some Russian garrisons in Belarus.

Does this mean that it's in the bag, and "Old Man" himself will be able to threaten European neighbors with a "nuclear baton"? No, it doesn't.

The second, most fundamental obstacle to the re-nuclearization of Belarus is the fact that Minsk is not militarily controlled by Moscow. Despite the fact that we have a certain Union State legally registered, and after large-scale protests, “Batka” himself was able to stay in power only with the direct and unequivocal support of the Kremlin, no Russian military base, which has been discussed for so many years, has not appeared. . But, of course, it's not just the air base. The problem lies in the military administration.

Right now, large-scale exercises “Allied Resolve-2022” are being assembled, the purpose of which is to demonstrate to a potential enemy our unity with the Belarusians and the ability to stand shoulder to shoulder. And there is something against. In neighboring Ukraine, a large army has been created, which has recently been continuously pumped up with American weapons. Near the borders of Belarus there are 10 thousand ideologically inflated Ukrainian National Guardsmen. In neighboring Poland and the Baltic states, there are military camps with tens of thousands of NATO troops and armored vehicles. The Pentagon deployed 12 American soldiers with tanks, artillery and aircraft to Europe.
If something goes wrong in the Ukrainian direction, the Union State may have to really fight against the strongest enemy. But is it ready?

In this regard, all the latest Russian-Belarusian military exercises are very indicative. We seem to be friends and interact, but each on his own. Who is leading them? Do we have a Joint Armed Forces? Is there a single General Staff above them?

No. Various fragments of maneuvers in their sectors are commanded by representatives of different countries. There is simply no unity of command, which is an indispensable condition for success in war. What if, in the event of a real armed conflict, such excessively independent allies will receive a direct order from Minsk from their own Supreme Commander-in-Chief and, on a dark night, will withdraw from their positions while our military leaders believe that the flank is covered? The situation is fictitious, but very clear.

As a matter of fact, this is precisely where the answer to the question lies, why no nuclear weapons will appear in Belarus before its real integration with Russia as part of the Union State and the creation of real United Armed Forces with unconditional one-man command.
Reporterin Yandex News
Reporterin Yandex Zen
5 comments
Information
Dear reader, to leave comments on the publication, you must sign in.