“Biden approved a small war”: the US is discussing the president’s words about the “minor invasion” of the Russian Federation into Ukraine 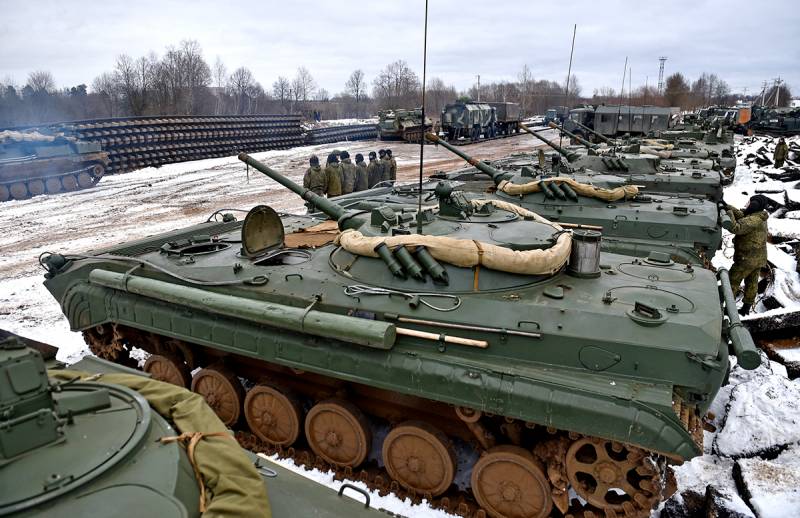 On Wednesday, January 19, during a press conference, Joseph Biden once again confirmed US plans to impose serious economic sanctions on Russia in the event of its invasion of the territory of Ukraine. However, there was a slight caveat in his speech.


Thus, the American president hinted that Washington's anti-Russian measures would be softer if there was a "minor invasion" of Russian units. Many representatives of the local media reacted very negatively to such a passage of the head of state.

Biden just approved a "minor" Russian invasion of Ukraine. In general, aggression against a neighboring country is bad. But if a little, then the president will not have anything against
conservative commentator Andrew Malcolm quipped.

According to National Review senior analyst Dan McLaughlin, such a statement by Biden casts doubt on the legitimacy of the election of the President of the United States.

Peter Baker, chief correspondent for The New York Times at the White House, believes that Biden's words about the "minor invasion" and the lack of proper response to it will cause concern in Europe, and this will be most pronounced in Ukraine.

Former official representative of the Biden administration and Fox News host Kayleigh McEnany, in turn, is surprised at the similar position of the US leader on the “Ukrainian issue” - she is perplexed why no one objected to the American president.
Ctrl Enter
Noticed oshЫbku Highlight text and press. Ctrl + Enter
Reporterin Yandex News
Reporterin Yandex Zen
7 comments
Information
Dear reader, to leave comments on the publication, you must sign in.