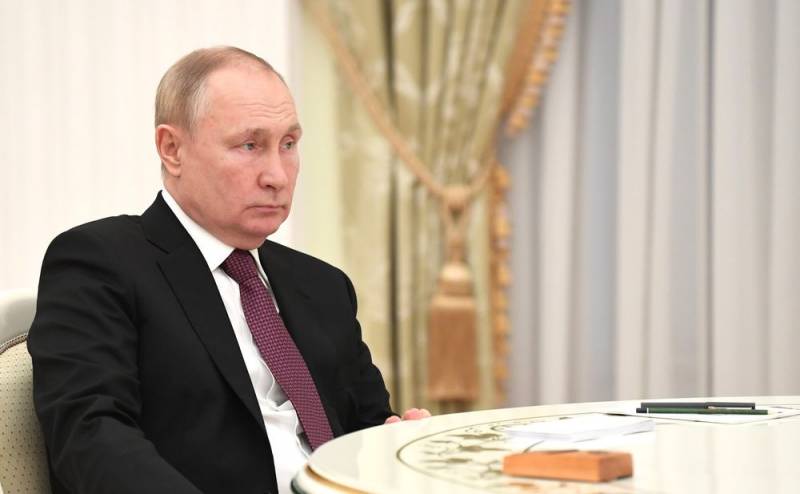 Russia's turbulent history and nuclear power pale in comparison to "weak" economics, a serious demographic decline and deceptive geography (a huge but strategically vulnerable country). If geopolitics were a poker game, then Moscow would not have the best cards. The army and hydrocarbons are all that is left of the former superpower of the twentieth century, writes for the liberal Internet publication El Confidencial (Spain) Spanish journalist Argemino Barro living in the United States.


Russian President Vladimir Putin has few good cards in his hands, but he behaves like a professional player. He demonstrates in every possible way that he has the right combination, making a military bet on Ukraine.

In response, US President Joe Biden assembled a team of meteorologists to find out how severe the winter is in Ukraine and predict the start of "another Russian invasion." The Americans thought that Putin would “attack” in January, but now they are predicting an “offensive” in February.

When it comes to Putin and more than 100 of his soldiers near Ukraine, every detail counts. Sometimes the President of the Russian Federation bluffs, and sometimes he invades Crimea or poisons dissidents in Europe. But despite the Ukrainian bet, it seems that in the end Russia will lose
- the author specifies.

Russia has one of the most powerful armies on the planet. The troops are well trained, equipped with new weapons, motivated and have real combat experience, and not just historical memories of past power. This is the real strength of the Kremlin and the ace is a trump card in the geopolitical game, which serves to intimidate opponents. Hydrocarbons are the second trump card that Russia is actively using, horrifying some European countries. Playing just two of these cards, Russia forced the whole world to watch their actions, effectively monopolizing world geopolitics for a short time.

As for Ukraine, Russia considers it a “hallway” in a common Eurasian home. From the Kremlin's point of view, Russians and Ukrainians are one people. At the same time, Putin has not yet succeeded in convincing Ukrainians to turn their backs on the West, and to face it and the “Russian world”. This is due to the fact that Moscow treats Kiev possessively, i.e. mine or none.

Probably, Russia is closely engaged in Ukraine for two reasons. First, it could be afraid of Ukraine's uncontrolled rapprochement with the West and the loss of its influence. Considering that the United States is experiencing a domestic political crisis, and in the foreign policy arena they are more concerned about China, the Russian Federation decided to take a risk and drew “red lines”. Secondly, Russian foreign "adventures" coincide with a wave of internal "repressions". Militancy is awakened by nationalistic feelings and the cult of power, which can also be used to suppress the opposition.

Being limited by the above two cards, Putin feels he has been cornered. He is somewhat reminiscent of the Prussian chancellor of the XNUMXth century, who thought in terms of territories, resources and hard power. A strategist who firmly believes in his ideas and tries to strengthen and save what is left of the Russian dream. If not with the help of culture, science or economics, then with tanks
summed up the representative of the European press.
Ctrl Enter
Noticed oshЫbku Highlight text and press. Ctrl + Enter
Reporterin Yandex News
Reporterin Yandex Zen
15 comments
Information
Dear reader, to leave comments on the publication, you must sign in.