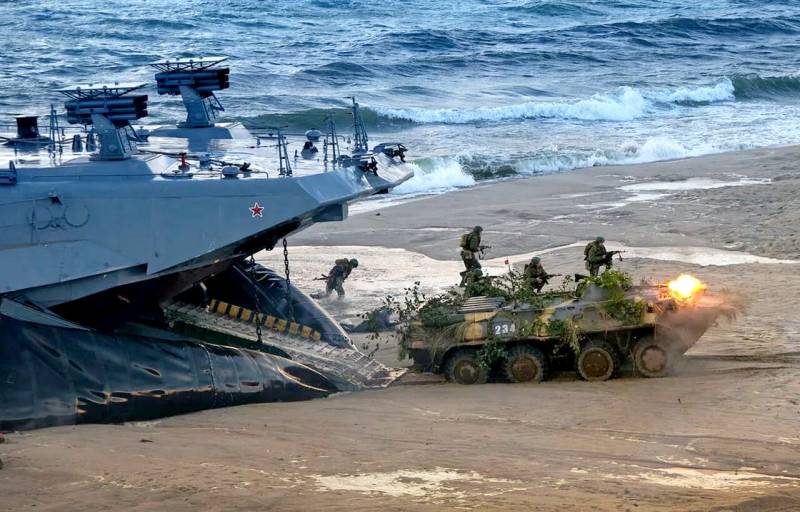 The main theme of the last few weeks is the possibility of a war between Russia and Ukraine. The Armed Forces of the Russian Federation are actively drawn to the border of Nezalezhnaya, Iskanders and long-range MLRS Uragan are being transferred there, and almost all large landing ships in the Russian Navy are going to the Black Sea. Again. Recall that last spring everything was the same, and no war happened. Does Russia really need this war?


The question is very complex and ambiguous, therefore it is important to formulate it correctly. It would be correct to ask whether Russia needs Ukraine, and if so, what price is it willing to pay for it?

Recall that in 2014, the Kremlin had simply ideal conditions in order to implement the “Belarusian” or “Kazakhstani” scenarios: the fact of a coup d’état was undeniable, the legitimate President Yanukovych was sitting in Rostov, who asked Moscow to send Russian troops (let us not to believe that this was later refuted), there was only one combat-ready battalion of the Armed Forces of Ukraine in the whole of Ukraine. How Maidan could have ended in 2014 can be judged by Belarus in 2020 and Kazakhstan in 2022. It was enough to show a firm position and support a friendly country at that time in the matter of restoring constitutional order.

But, alas, this was not done. A high price has already been paid for this: thousands of dead and wounded on both sides of the armed conflict in Donbas, severing trade and industrial ties with Ukraine, several packages of Western sanctions, the need to build expensive and unnecessary bypass gas pipelines, bullying and brainwashing of the Russian-speaking population. arising in the form of a break in family ties with relatives in Russia, etc. But the "unnecessary" Ukraine was useful to the West. Over the past 8 years of doing nothing on our part since the Maidan, a large and quite combat-ready army has appeared there, a military infrastructure is being built that will be used by the NATO bloc, and in the future - the appearance of elements of the American dual-use missile defense system, at best, or US medium-range nuclear missiles with a minimum flight time to Moscow, at worst.

Let's honestly say that this is a complete fiasco of the Russian foreign policy in the western direction. At the end of 2021, the Kremlin suddenly woke up and realized that Ukraine “unnecessary” to it was useful to the North Atlantic Alliance, and began to put their belated ultimatums. And for some reason, they are not yet impressive to anyone in the West. And why? But because Ukraine was the Rubicon, which showed how far our authorities are really ready to go. "Concerns", bypass gas pipelines and tying hands of their own "proxies" in the LDNR by the Minsk agreements. And who, one wonders, is this supposed to scare? And what, for example, will fundamentally change from the appearance of Russian missiles somewhere in Cuba or Venezuela?

Once again, I would like to emphasize that it was Ukraine that became the symbolic Rubicon, after which our “partners” stopped being afraid of us and completely unbelted. Without it, there would have been no impudent and unrequited destruction of the Russian bomber by the Turks, there would not have been a barbaric bombardment of the "Wagnerites" by American aircraft near Hisham, there would not have been a Russian helicopter shot down with impunity by the Azerbaijani military, the British destroyer "Defender" would not have passed without asking through the territorial waters of Crimea. These are all direct consequences of the Kremlin's vague and inconsistent policy on Ukraine. Belarus of 2020 and Kazakhstan of 2022 are attempts to treat the symptoms of the disease, but not the disease itself.

But how to treat it today, in January 2022, when, with our own connivance, Kiev created a large and quite combat-ready army, which was trained and armed by "Western partners"?

Can Russia defeat Ukraine in a war? Yes, it still can. Only the issue price will be several times higher than it could be in 2014. And do not scare us with the prospect of a Third World Nuclear War because of the Independent, no one in the West will definitely start it. But a direct military invasion will cost the RF Armed Forces a lot of blood, and then problems with partisanship may begin. All these are solvable problems, but for doing nothing in the past 8 years you will have to pay dearly in terms of economics.

According to The New York Times, Russia will be disconnected from the system of financial transactions for attempting a forceful scenario, a ban will be imposed on the import of products with American technology – from smartphones and laptops to refrigerators and washing machines. Domestic defense and aerospace sectors may fall under new tough sanctions, the export of Russian weapons to foreign markets will be complicated. The United States will support Ukraine with weapons. According to other sources, the export of Russian oil and oil products may fall under a complete embargo or quotas. The latter, by the way, fits into the globalist concept of an accelerated "green energy transition".

Is our country ready for such a scenario? Probably not. Judging by the fact that the threshold for spending liquid NWF funds on the real sector of the economy was recently raised from 7% of GDP to 10% of GDP, none of the systemic liberals in the government bothers much with preparing Russia for the possibility of being embargoed.

So what to do? Forget about Ukraine forever and come to terms with the fact that in the event of a preventive strike, American nuclear missiles from near Kharkov will reach Moscow in just a few minutes, or, suddenly alarmed after 8 years of doing nothing, rush to recapture Kiev, Odessa and Lvov from the West? Without claiming to be the ultimate truth, let's take the liberty of expressing three possible reciprocal steps towards the expansion of NATO to the East at the expense of Independent and Georgia.

At first, it is necessary to put the economy at the forefront, without which nowhere. Before it's too late, in order not to be suddenly left with empty stores, you need to purchase, for example, licenses in China for the production of those same laptops, smartphones and refrigerators. Older people remember what the times of shortage are, in which the United States can return us overnight. There is a need for comprehensive import substitution with the production of essential and non-essential goods under a license or in the format of joint ventures. And this should be done in advance, and not when Western sanctions have already been introduced, and everything will become even more difficult.

If we ignore refrigerators and flat-screen TVs, the importance of which for a normal comfortable life should not be underestimated, then the country needs its own economic development project, the role of which, for example, is fully claimed by the new internal colonization of Siberia and the Far East proposed by Russian Defense Minister Sergei Shoigu. The town-planning program has enormous potential for infrastructural and industrial development of the country. It is more efficient and more reliable to invest the funds of the National Welfare Fund not in American “wrappers”, but in yourself.

Secondly, the NATO bloc, or rather, its main "ringleaders", must be answered in their own "backyard". For example, it is possible to help Syrian and Iraqi patriots with weapons to intensify the fight against the American occupiers, who should begin to burn the ground under their feet.

Let no one in Cuba need our nuclear missiles, but Moscow could sell to Havana at a discount the Iskander-E OTRK, multi-role fighters and front-line bombers, the S-300 and S-400 air defense systems, the Bal and Bastion anti-ship systems , as well as long-range MLRS "Smerch" and "Hurricane". The military-political subjectivity of the Island of Freedom will radically increase from this, and the Guantanamo base, the neighboring state of Florida and US Navy ships in the Caribbean will be targeted by Cuban patriots.

Also, the listed weapons could be delivered to the patriots of Argentina in their rightful cause for the de-occupation of the Malvinas Islands by the British. By the way, China has been helping Argentina for a long time in strengthening its defense capability. In response to the activation of Great Britain in Ukraine and Hong Kong, Moscow and Beijing have the right to assist in conducting a naval operation to expel her from the Falkland Islands.

The transfer of hostilities to the territory of the enemy is a more effective step than simply sitting in a dead passive defense.

Thirdly, do not forget about Ukraine itself. Let's take the military scenario out of the equation for now, but we'll keep it ready as a last resort. It would be more rational to scatter and disperse enemy forces in several directions at once. It can be at the same time a local “gas Maidan” caused by the population’s dissatisfaction with the increase in tariffs, a rebellion of disobedience by a number of officers of the Armed Forces of Ukraine, real Ukrainian patriots who refuse to obey Kiev’s criminal orders (with whom our intelligence would have worked first), as well as a simultaneous counteroffensive of the militia in the Donbass, which will inevitably lead to the collapse of the pro-Western puppet regime in Nezalezhnaya.

Then, most importantly, do not yawn and do not limit yourself to “concerns”.
Reporterin Yandex News
Reporterin Yandex Zen
85 comments
Information
Dear reader, to leave comments on the publication, you must sign in.