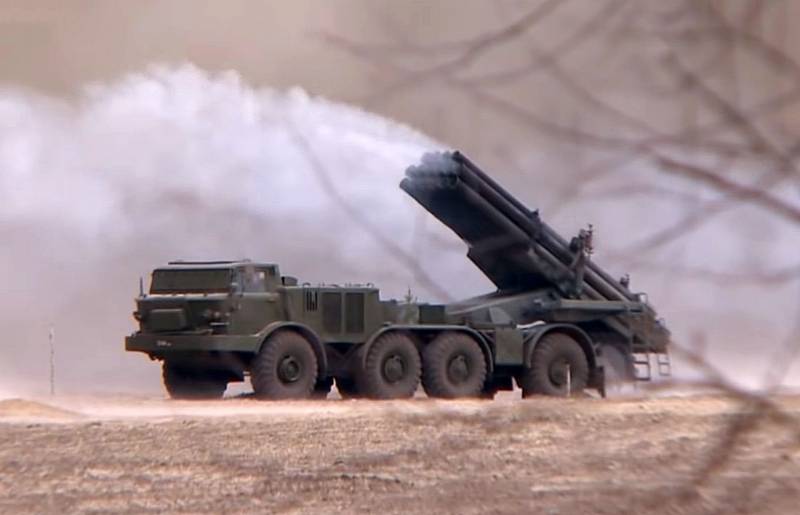 Against the background of the aggravation of relations between Ukraine and Russia, on January 17, 2022, a military technique from the Russian Federation to participate in joint Russian-Belarusian maneuvers, writes Michael Sheldon on the American blogging platform for social journalism Medium.

Railway trains and convoys with 220-mm BM-27 Uragan multiple launch rocket systems and other weapons were seen in the Belarusian cities of Minsk, Gomel and Rechitsa, the last two near the border with Ukraine. Additional equipment is expected to arrive within a week
- says the publication.

According to the DFRLab digital forensic research laboratory, BM-27 MLRS and 11 9T452 transport-loading vehicles, as well as other means of support, arrived in Gomel. DFRLab has been tracking the train since its departure from Lake Baikal in Russia's Eastern Military District. 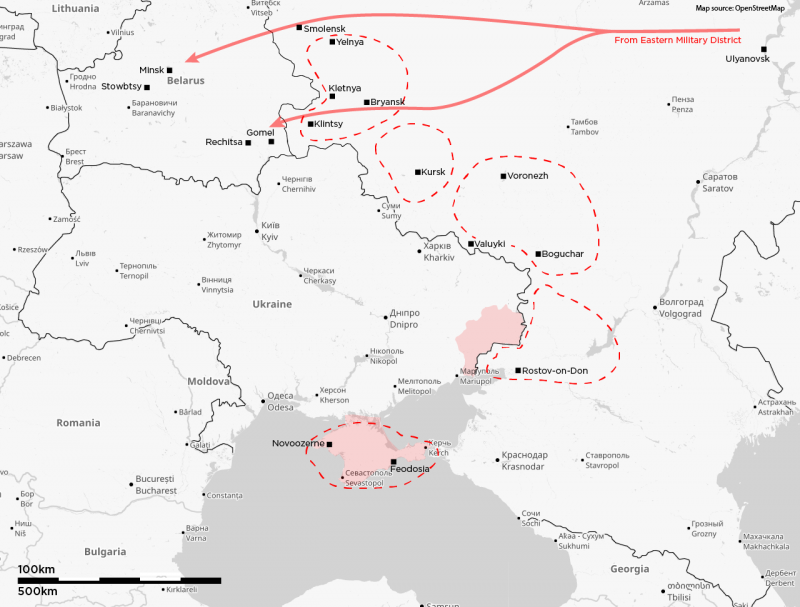 Eyewitnesses from Gomel recorded how the train arrived at Novobelitskaya station. On the same day, it was documented how the same equipment was transported by road through Gomel to the Ukrainian border (only 30 kilometers from it along the highway to Chernihiv).

According to some reports, the equipment was taken from Gomel towards Rechitsa. This is confirmed by open photographs of a convoy of 19 military vehicles parked on the side of the 108-km M-10 highway connecting Gomel and Kalinkovichi, near the roundabout leading to Rechitsa.

Other reports claimed that the vehicles left Gomel in the direction of Khoiniki, along the border with Ukraine, 150 kilometers north of Kiev. The column also included logistical support, such as fuel trucks and other transport.

In addition, BM-27 MLRS and other related equipment were also seen at the railway station in Rechitsa. An analysis of open source data showed that two groups of rail cars were parked on separate unloading tracks on either side of the station.

The specified equipment left the station in a westerly direction, but it is not clear where exactly it went.
Ctrl Enter
Noticed oshЫbku Highlight text and press. Ctrl + Enter
Reporterin Yandex News
Reporterin Yandex Zen
5 comments
Information
Dear reader, to leave comments on the publication, you must sign in.