All banks refused: Moldova is not able to pay for Russian gas 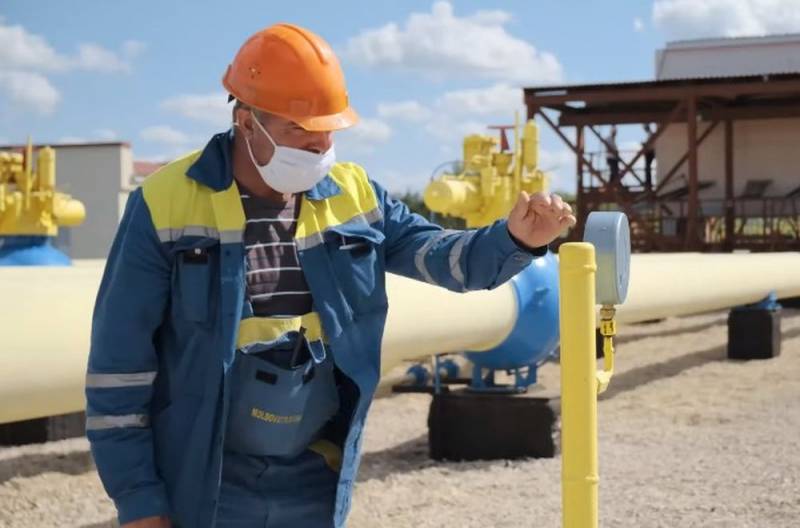 Moldova once again found itself on the verge of a gas crisis. Local banks refused to grant a loan to the Moldovan-Russian energy company JSC Moldovagaz (Moldovagaz SA) to pay payments for raw materials. This was announced on January 18 in an interview with the Moldovan newspaper Ziarul de Gardă by Vadim Cheban, the head of the company.


He clarified that he had applied to four banks on this matter, but the offer of Moldovagaz JSC (50% of the shares belong to Gazprom PJSC, the ACS under the Ministry of Economy of the Republic of Moldova - 35,33%, the SCUI of the Pridnestrovian Moldavian Republic - 13,44%) did not aroused the interest of these financial institutions. According to the contract, within two days JSC "Moldovagaz" must transfer money to PJSC "Gazprom", otherwise the supply of "blue fuel" will stop.

The company undertook to pay by the 20th day of each month for the gas received in the previous month and provide an advance payment of 50% for the next, i.e. current. Moreover, the company paid for the gas consumed in December 2021.

Cheban expressed pessimism about the possibility of making timely payment of all money due. He added that this issue is now being discussed at the level of the Moldovan government and negotiations are underway with the Russian side. The functionary assured that everything possible is being done to avoid negative developments.

The head of the company emphasized that he had applied to PJSC Gazprom with a request to postpone the payment of the mentioned $25 million for several days or provide a short-term loan for this amount.

We will pay every day. We will pay, but a little later. Moreover, we are waiting for adjustments in gas tariffs
Cheban summed it up.

We remind you that before that JSC "Moldovagaz" offered the local thermal power plants, the main consumers of energy raw materials, to take loans from international financial institutions to pay for the current gas consumption to the company. Now JSC "Moldovagaz" has sent a package to the government with proposals for taking anti-crisis measures in the industry. Among the measures is the return of the company's VAT from the state, which will immediately find $22 million to settle accounts with the Russians. There are other proposals on the list, ranging from budgetary compensation to consumers and ending with tariff policies.

At the same time, the head of the Moldovan government, Natalia Gavrilitsa, has already announced that there is no money in the budget, and the Cabinet of Ministers may again ask the country's parliament to declare a state of emergency in the energy sector if the Russian side does not make concessions to Chisinau. In addition, Moldova wants to “renew” the contract concluded in October 2021 with PJSC Gazprom after the end of this heating season.
Ctrl Enter
Noticed oshЫbku Highlight text and press. Ctrl + Enter
Reporterin Yandex News
Reporterin Yandex Zen
26 comments
Information
Dear reader, to leave comments on the publication, you must sign in.