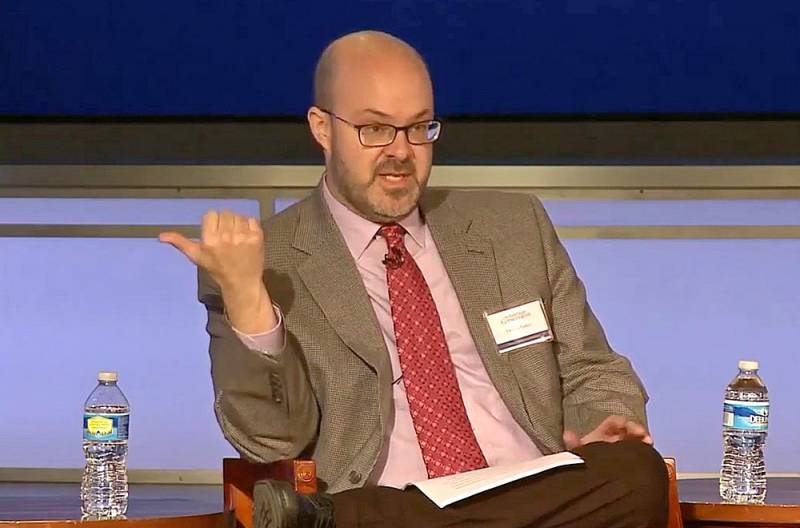 The United States faces the prospect of going to war with Russia, a nuclear power thousands of miles from its borders. According to Damon Linker, a political commentator and expert at The Week magazine, Washington now faces a difficult choice - to continue bluffing or to move to reasonable steps in resolving security problems.


Linker believes that the United States, entering into a dangerous confrontation with Russia by advancing NATO military structures to Ukraine, is bluffing heavily. In such a difficult situation, the White House must decide whether to continue to bluff in the hope of "outplaying" Vladimir Putin, or to reconsider their approaches and "restrain their pride."

Until now, America has managed to implement its guarantees given at different times to various countries and regions with relative ease. Through the North Atlantic Alliance, Washington has committed itself to defending Europe, Japan, South Korea and, to some extent, Taiwan from external threats. As a demonstration of its influence, the United States bombed Yugoslavia, occupied Iraq, overthrew the Libyan dictator Gaddafi and sent troops into Afghanistan.

However, in these conflicts, the opponents of the United States were much weaker than they were, and the Americans risked little by taking on the role of defenders and "world policemen". But now the situation is fundamentally different. Russia has a lot at stake, and Moscow is determined to defend its own security. Meanwhile, in the United States itself, most of the population speaks out against the war with the Russian Federation for the interests of Ukraine.

In this regard, Joseph Biden will have to make a final decision - to bluff to the end or take real steps and prevent the situation from sliding into war.

The crisis in Ukraine should be seen as an opportunity to embark on this painful but necessary process of choosing the fields of our battles more judiciously.
Damon Linker noted.
Ctrl Enter
Noticed oshЫbku Highlight text and press. Ctrl + Enter
Reporterin Yandex News
Reporterin Yandex Zen
1 comment
Information
Dear reader, to leave comments on the publication, you must sign in.