How the pandemic has changed people, societies and states 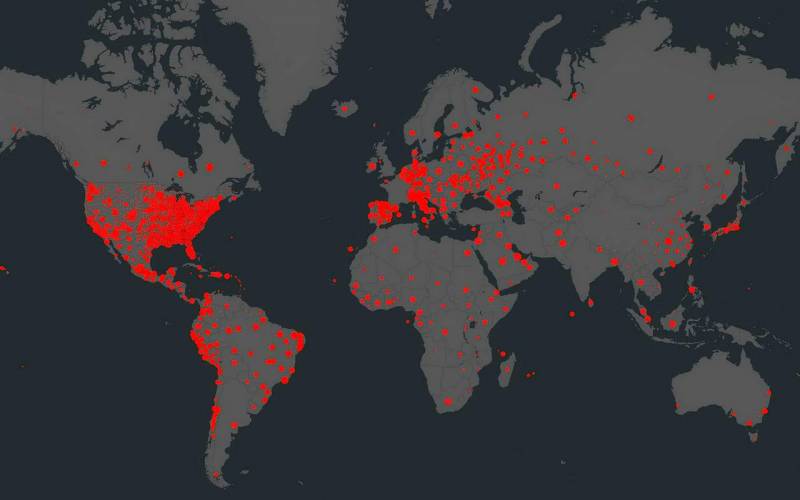 The appearance of the “omicron”, its march around the world and the diligent preparation of the Russian Government for a new “omicron wave” put an end to discussions about the duration of the coronavirus pandemic. It is obvious that mass vaccination, although it reduces the consequences of the disease, does not eliminate covid. The debate about when the pandemic will end can be stopped, it is moving into the stage of a seasonal disease, and the world has entered an era of permanent struggle against this viral threat. Covid is forever.


Science fiction in their apocalyptic paintings represented terrible viruses that "mow down" half of the planet's population, forever changing the usual life of mankind. Predictions come true, but the reality turned out to be more prosaic, we are being attacked by an aggressive SARS with low mortality. However, life really will never be the same.

Coronocracy or shifts towards rationalization

The COVID pandemic and the measures taken to combat the disease have generated a powerful reaction in society in almost all countries in the form of the spread of conspiracy theories, massive medical skepticism and a crisis of confidence in the authorities. Virology questions suddenly got bright political color, discussions began to boil about the state's attack on rights and freedoms, about the impact of anti-epidemic measures on the well-being of ordinary citizens. Almost instantly, a whole subculture of covid-dissidents and covid-skeptics was formed with their own values, attitudes, and even language: for example, they call medical masks “muzzles”; and QR codes are “the seal of the Antichrist.” The most odious "anti-vaxers" argue that vaccination is designed to radically reduce the world's population according to the precepts of various cannibals like Malthus.

The concept arose that power in the world passes into the hands of the backstage, and the formation of a “coronocracy” is a form of fascistization of society, when states and corporations exercise total control over people through anti-epidemic demagoguery. In terms of this concept, "an epidemic bans individual freedoms, spreads discord, and destroys the democratic system of checks and balances."

It is amazing that the arguments of covid-dissidents about the bankruptcy of democratic institutions, the police omnipotence of the state, the fabulous enrichment of the oligarchs did not particularly excite any of them until 2021. As if before the pandemic, everything was fine everywhere, democracy flourished, states were affectionate and gentle, and corporations cared not about profits, but about the public good. Indeed, the most acute social problems of labor rights, low wages, unemployment, price increases, health care and education have excited covid protesters only in the aspect of a pandemic.

There is now popular talk about QR segregation, that the authorities are watching everyone with codes, and so on. But opponents of QR codes were not interested in the fact that for ten years they have been monitored via the Internet, bank cards, smartphones, and large cities are dotted with cameras with face and even silhouette recognition. They do not think about monetary "segregation", when 4% of the population have a luxurious vacation abroad several times a year, while the rest are on vacation at home or in their dachas.

Moreover, covid dissidents in the mass are not interested in the real problems of humanity - the world is sliding into a cold war, regional conflicts, global poverty and inequality, the omnipotence of money and economic crises. They react sharply only to masks, vaccines and QR codes.

To understand the essence of this dissident movement, at least in our country, we can conduct the following thought experiment. As you know, most of the covid-skeptics belong to the generations that found the USSR. So let's assume that the coronavirus pandemic happened under Soviet rule, that Brezhnev forces you to wear "muzzles", prick "shmurdyak" and receive the "seal of the Antichrist." Moreover, Leonid Ilyich would not stand on ceremony, like the current authorities, with persuasion, antics and dancing around the public, they say, please understand, this must be done and so on. So, 99% of these dissidents would diligently fulfill all these requirements.

Thus, we are not faced with a reasonable, balanced virological criticism from dissidents, but a general “fatigue of the material”, just like in the sopromat. People are dissatisfied with life, power, lack of prospects, and this gets such an ugly expression in the form of protest and resistance to the anti-epidemic policy of the state. Therefore, no reasonable, scientific arguments and beliefs work.

On the contrary, if we formulate an approach to the pandemic of real pragmatic liberals who, apart from the principles of a market economy, do not recognize anything, it is unprofitable to fight the disease. From this economic point of view, the pandemic is remarkably “clearing” the way for economic development. As a result, the “elites” will calmly get sick in private clinics, and the weakest, sickest employees and pensioners will die, thereby “unloading” the state budget. The economic consequences of the mass illness of the population will also favorably affect the market - weak companies will go bankrupt, the extra “phantom” value will self-destruct, stock exchange bubbles will deflate, and after a sharp drop, a period of favorable growth will follow. Just as it happens as a result of a shock crisis or a major war. Just a similar picture can be observed, for example, in the United States, where the authorities are fighting the pandemic, mostly only in words. Let hundreds of thousands of blacks, Latinos and old people die, America is only better off without them.

In fact, the problem of the pandemic, as it was raised and resolved by sane governments and international organizations, has become, perhaps, the first example when society on a global scale is trying to follow a humanistic approach. We have been saying for a long time, since the Enlightenment, that the highest value is a person's life, his well-being. But in practice, these conversations never materialized in any way. And now, in the XNUMXst century, the public and more or less reasonable politicians have matured to try to fight the global epidemic, putting the really medical question of countering infection at the forefront. Some power was given to the real experts in epidemiology. Society tried to scientifically respond to the threat looming over it. Previously, this was observed only locally, in the event of major natural disasters.

Yes, the first pancake, as it should be according to the laws of the genre, comes out lumpy. Much is debatable, scientific clarity is not yet enough, corporations are desperate to cash in on pandemics, competitors are bankrupting each other, politicians are trying to gain quick popularity on the problem, governments are actively competing. But it is important to see the main thing - this is an initiative to put in the center not the economy and politics, but the lives of people. This is an element of rationality in the organization of social life, which has a strategic value.

Philosophers dreamed from ancient times that the society was ruled by sages, that the basis of social relations was the scientific knowledge of the public good, and not the selfish interests of individuals, groups, strata, estates and classes. The reaction of humanity to the covid pandemic partly shows that this humanistic direction in the worldview is alive and is trying to make its way out through the layering of nationalist, religious, economic and political-demagogic delusions. The day is coming when we will finally realize that it is impossible to “digitize” the life and happiness of people in statistics, calculate the well-being of the people in currency and believe in the formalism of civil rights and freedoms. All questions of social life must be resolved scientifically and only scientifically.

Although we are still very far from implementing this approach, let's appreciate those elements of a reasonable attitude to which society has spontaneously grown.
Ctrl Enter
Noticed oshЫbku Highlight text and press. Ctrl + Enter
Reporterin Yandex News
Reporterin Yandex Zen
5 comments
Information
Dear reader, to leave comments on the publication, you must sign in.