Yakov Kedmi: One way or another, Russia will return NATO to the borders of 1997 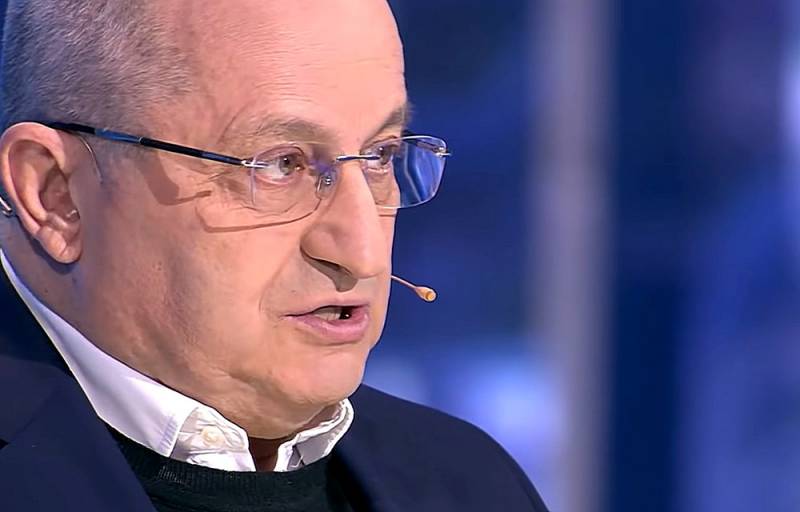 Last week, only the first round of negotiations between Russia and the West on further relations, which took place on several platforms at once, ended. This was announced on January 15 in the studio of the Right to Know program on the TVC channel by Israeli political scientist Yakov Kedmi.


Answering the host's question about the ineffectiveness of the said negotiations, the expert replied that the result of the communication between the parties was quite satisfactory for the Russian leadership at this stage.

The first round of negotiations has passed, and according to Lavrov's expression, one can understand that it went like this because Putin demanded it. That is, he said: "Start with an attempt at a political settlement, start with a dialogue." Not because he thought that this dialogue would lead to some result. But, one might say, the honor of a statesman - she demands: “Let's first try the diplomatic method. Even if there are few chances for it, we will still try to explain to them intelligibly what is at stake. And it was not for nothing that Russian representatives were at the talks with NATO and at the talks with the Americans they said: “We chewed them for an hour and a half.” That is, this is the position of Russia: “This situation is unbearable for us, we demand to change it. Either we will achieve this through diplomacy, or we will have to do it ourselves, using certain forceful methods. There will be negotiations after that anyway.” It's better to talk beforehand than later.
Kedmi reasoned.

At the same time, the expert believes that the West is trying to shift the focus of attention of Russia and the international community, which is watching what is happening, towards a new far-fetched or "raised from the bottom" problem.

And what is the position of the West? But the West is afraid, and it is trying to evade negotiations. The whole Ukrainian epic is completely far-fetched, sucked out of thin air in order to try to reduce the very essence of the negotiations to the problem of Ukraine and get rid of Russia and its demands with some kind of agreements on Ukraine. And maybe, as the head of NATO said, to make one more proposal. He suddenly remembered the presence of Russian troops in Georgia and Moldova and said: "This is the problem." Yesterday it wasn't a problem. It is quite clear that this is a purely small-town trick: “Let's introduce a problem that does not exist. When we remove it, these primitive people in Russia will feel relieved.” They do not understand the complexity of the problem and do not understand the seriousness of Russia's intentions. And this is based on their very primitive psychology. So I very often heard in the West that they say: “What can Putin do? What will he do to us?" Well, like punks on the street. Because they do not understand what Russia can do, they think that Russia cannot do anything. That is, they believe that he (Putin) is bluffing
- said Kedmi.

The expert emphasized that the behavior of the West in these negotiations, the threats against Russia and attempts to put pressure on it indicate that the perception of possible consequences is not entirely correct. For example, Russia did not threaten anyone, but only called for taking into account its interests. Therefore, there will be another round of negotiations, in which Moscow's opponents will behave more adequately. As a result, the Russian Federation will one way or another return NATO to the borders of 1997, despite opposition and tantrums. Kedmi has no doubts about this.

As far as I am familiar with the Russian leadership, several options for action have already been developed to the end point. But what plan will be introduced at what stage is decided in the course of events. But the question is absolutely serious: Russia will return NATO by 1997. And it is better that NATO understands this now
Kedmi concluded.