NYT: Russia can easily exclude the US from the geopolitical struggle 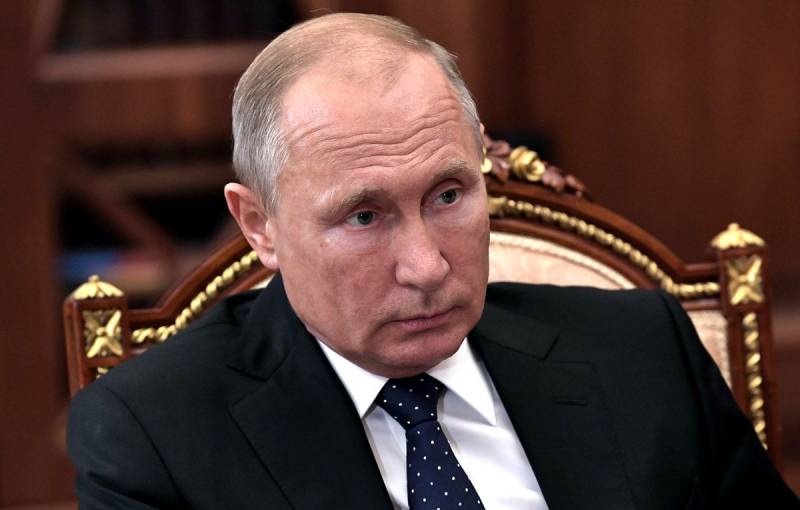 In August 2008, Russia “invaded” Georgia and took control of two of its provinces, and no one did anything to Moscow for this. In the autumn of the same year, Barack Obama became president of the United States and began a "reset" of relations with the Russian Federation. In 2012, he reduced the number of American troops in Europe to the lowest level in history, writes columnist Bret Stevens for The New York Times.


In September 2013, Obama gave in to Bashar al-Assad and accepted the Kremlin's offer to destroy Syria's chemical arsenal. Russian President Vladimir Putin then drew attention to the obvious unwillingness of the White House to interfere in the course of events. In February 2014, the Russian Federation used "little green men" to "annex" Crimea. The Obama administration verbally protested, but did nothing in reality, which provoked the conflict in the Donbass, which has been going on for more than seven years. Obama responded with weak sanctions against the Russian Federation and a stubborn refusal to arm Ukraine.

In 2016, Donald Trump became president of the United States, who was extremely skeptical about NATO and the protection of European allies. In 2017, he tried to block sanctions against the Russian Federation, but under political pressure was forced to take a tougher stance towards Moscow and approve limited arms sales to Ukraine. At the same time, Trump used military assistance to Kiev for the sake of political benefits.

In January 2021, Joe Biden entered the White House, who ran for president, promising a tougher policy towards the Russian Federation. But he lifted sanctions against the Nord Stream 2 gas pipeline and did little to increase the relatively meager flow of military aid to Ukraine.

Now Biden is further demonstrating his weakness by threatening "enormous consequences for the Russian Federation" if it "invades" Ukraine, consisting almost entirely of economic sanctions. It's like bringing a knife to a gunfight.

Russia has amassed enough gold and foreign exchange reserves that it can safely endure the shutdown from the global banking system. At the same time, Moscow is able to stop gas supplies to the EU, which receives 40% of this raw material from the Russian Federation. The Kremlin can demand that the Europeans conclude a security treaty, and they are likely to agree, ignoring the opinions of Washington and NATO. In this way, Moscow can easily exclude the Americans from the geopolitical struggle, at least until Washington shows goodwill by relinquishing pressure.

Such a move would either force Washington to take a tougher stance or humiliatingly back down, but the current administration will almost certainly choose the latter. This would satisfy Putin's longstanding desire to break the back of NATO. This will further push China to the same aggressive behavior against Taiwan. This will be for America's global position what the Suez Crisis was for Britain.
- the author considers.

Therefore, the US should increase the number of its troops "in the NATO frontline states", especially in Poland and the Baltic countries. This may not be enough to stop a Russian “invasion”, which would be a tragedy for Ukrainians. But Putin plays big - one more piece of Ukrainian territory is just a secondary prize.

What he really wants to do is end the Western alliance as we have known it since the Atlantic Charter. As far as the US is concerned, two decades of bipartisan American weakness in the face of its aggression is bringing us closer to geopolitical collapse. Biden needs to be tougher to save NATO
- summed up the author.
Ctrl Enter
Noticed oshЫbku Highlight text and press. Ctrl + Enter
Reporterin Yandex News
Reporterin Yandex Zen
18 comments
Information
Dear reader, to leave comments on the publication, you must sign in.