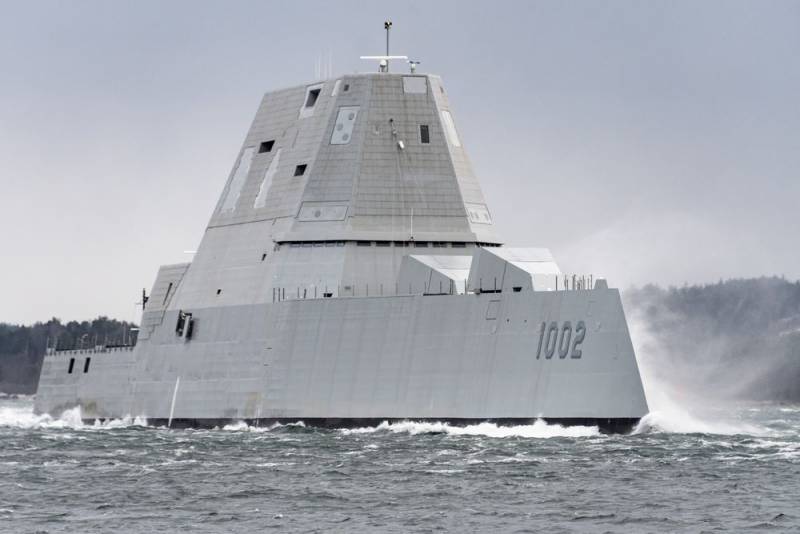 The last Zumwalt-class destroyer, USS Lyndon B. Johnson ("Lyndon B. Johnson", DDG 1002), left the Bath Iron Works (BIW - owned by General Dynamics Corporation) shipyard on the Kennebec River in Bath, Maine (USA). Thus, the American shipbuilding company has completed the manufacture of the third hull of the latest destroyer of this type for the US Navy, writes the Ukrainian portal "Military".


The destroyer was laid down on January 30, 2017, launched on December 9, 2018, and its commissioning into the fleet is scheduled for 2024. WITH technical point of view, the ship cannot yet be handed over to the military, and they are not eager to accept it now.

It is explained that the hull is completely ready, all the required mechanical and electrical equipment is installed on board, but there are no weapons systems. This is the main snag. The US military decided to postpone getting the DDG 1002 at their disposal until the full adjustment of its electric propulsion system, as well as the final solution to the weapons problem. 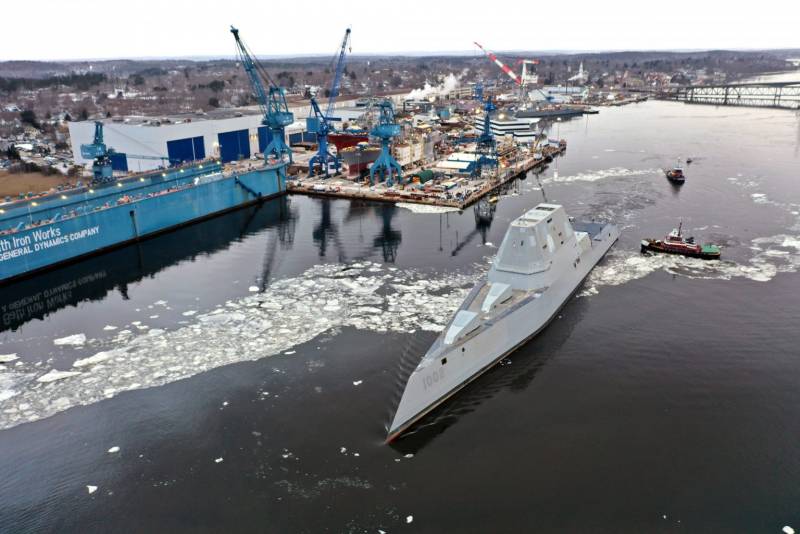 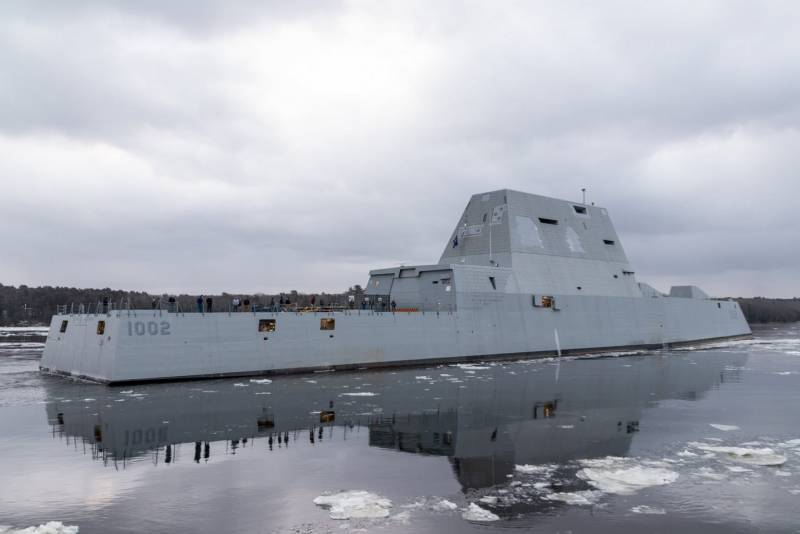 As in the case of the previous ships of this limited series, the issue of its armament is still open. The ship is now heading to Ingalls Shipbuilding to activate the combat system.
- says the publication. 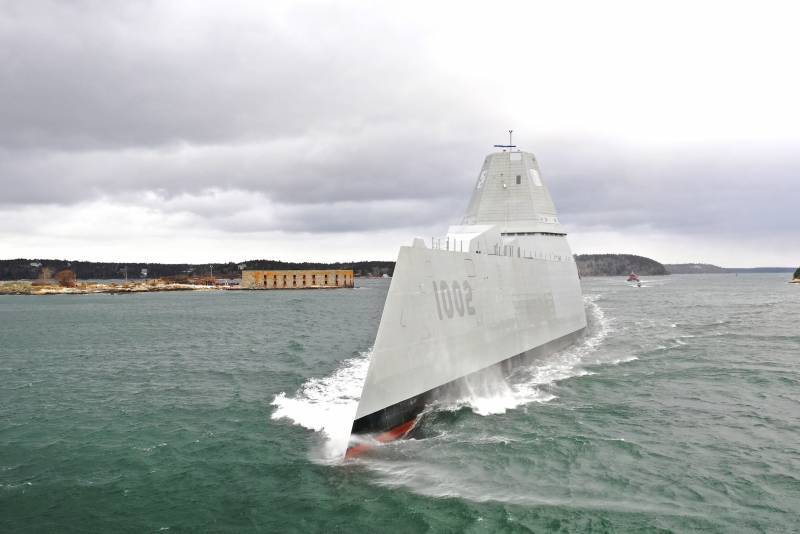 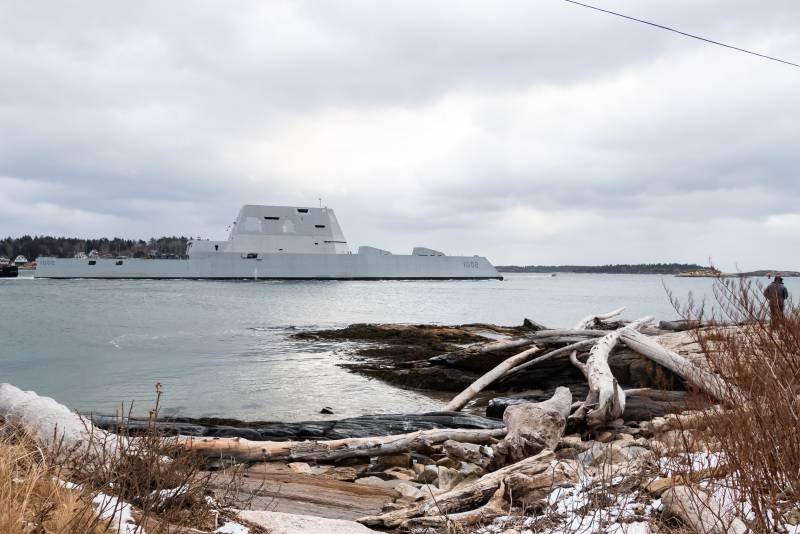 The first two Zumwalt-class destroyers, USS Zumwalt (DDG-1000) and USS Michael Monsoor (Michael Monsoor, DDG-1001), were accepted into the US Navy under the so-called "special program", i.e. without weapons systems, in 2016 and 2019, respectively. Since then, they have been at the naval base in San Diego and are fully equipped with crews (140 people each) undergoing various tests. 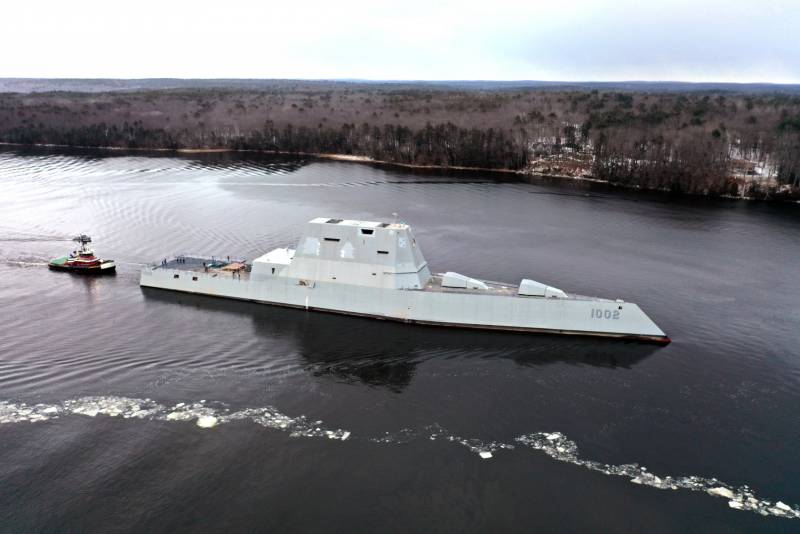 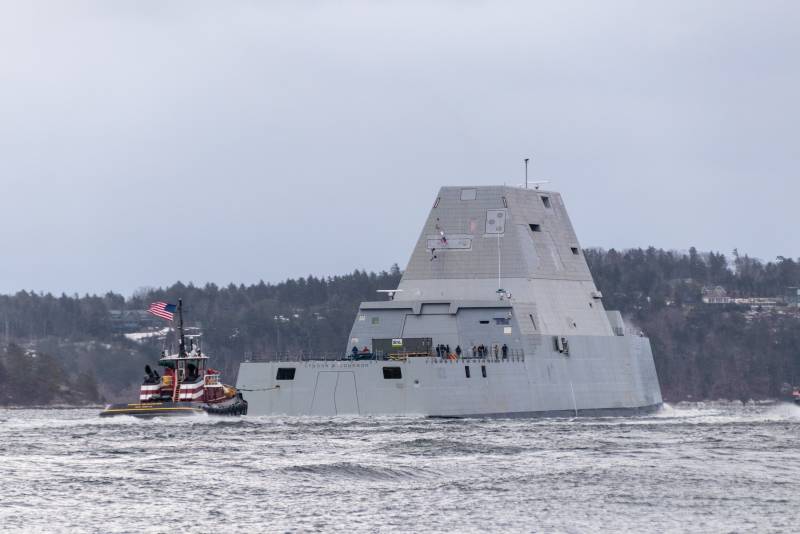 American analysts believe that the problem is related to two unique 155-millimeter main guns, which were previously planned to be installed on the bow of the ship. The artillery mounts were to fire special guided rockets (LRLAP) to strike at remote coastal targets. The military purchased 90 shells for testing (firing) from three ships. But as these munitions were developed and further improved, their cost increased exorbitantly (about $ 1 million apiece) and the US Navy was forced to abandon the further purchase of these shells. The thing is that to fully equip three destroyers with ammunition, about 2 thousand such shells are needed, and this “pleasure” will cost about $ 1,8 - $ 2 billion. 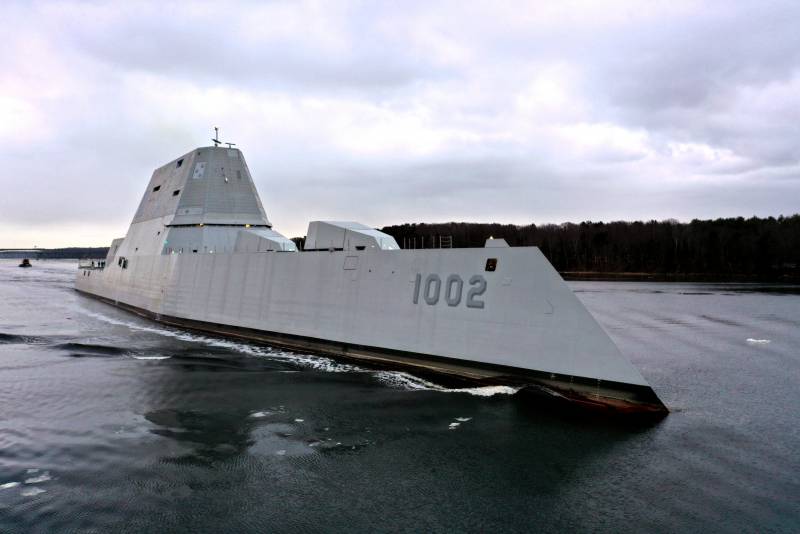 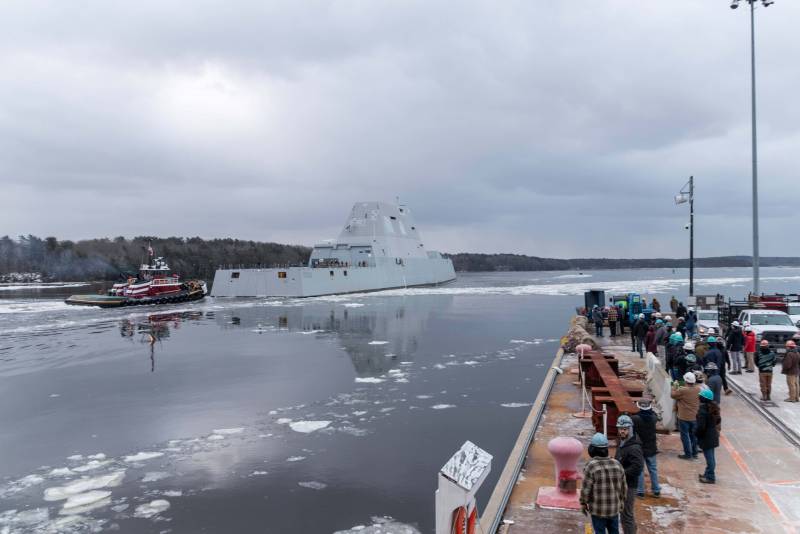 It is assumed that at least one gun turret on destroyers will eventually be replaced by a vertical launch system for conventional hypersonic missiles (CPS), which has yet to be developed, as well as the mentioned ammunition. Money for the installation and integration of the CPS complex at Zamvolta in the amount of $ 230 million is already planned in the Pentagon budget for fiscal year 2025 (begins on October 1, 2024). This indicates that for at least another 3-4 years the ships of this series will remain practically unarmed.
Ctrl Enter
Noticed oshЫbku Highlight text and press. Ctrl + Enter
Reporterin Yandex News
Reporterin Yandex Zen
6 comments
Information
Dear reader, to leave comments on the publication, you must sign in.