Russophobic Kazakh minister Umarov commented on his statements about Russians 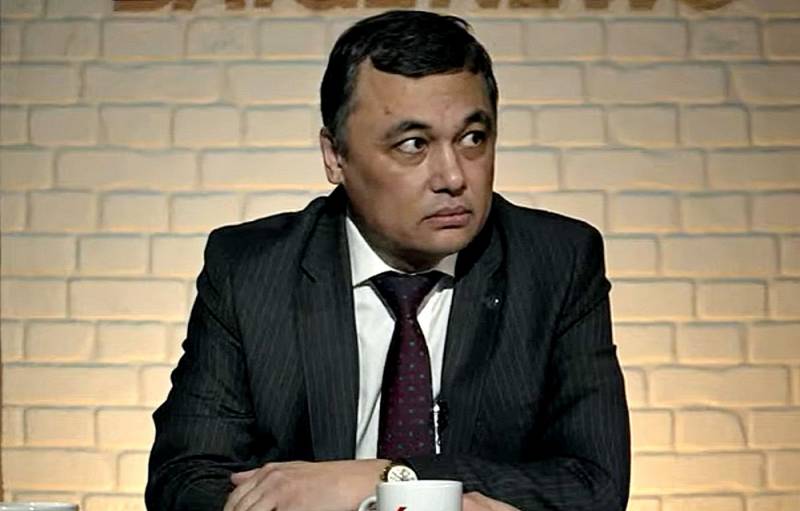 The new Minister of Information and Social Development of Kazakhstan, Askar Umarov, decided to respond to criticism regarding his ambiguous phrases about Russia and the Russians. So, earlier Umarov called the natives of the Russian Federation living in Kazakhstan "an imposed diaspora", and the Great Patriotic War - "someone else's" war, in which "it is not clear who and what won."

The accusations and conclusions based on emotional and incorrect skirmishes on social networks more than a decade ago are understandable, but exhausted. This virtual trash has long since decayed
- emphasized the head of the Kazakh information department in an interview with the resource Sputnik Kazakhstan.

At the same time, he added that he has great respect for Russia, its historical and cultural heritage, and he himself is fluent in Russian. Umarov also recalled that Russia and Kazakhstan have a very long land border, and he is glad that both countries are united in a strategic alliance. Umarov also called the strong friendship and mutual respect of the Russian and Kazakh peoples a positive factor.

On the eve of the Russophobic statements of Askar Umarov noticed the heads of Rossotrudnichestvo and Roscosmos Yevgeny Primakov and Dmitry Rogozin, respectively, noting the unacceptability of such passages addressed to the Russian Federation and its residents.
Ctrl Enter
Noticed oshЫbku Highlight text and press. Ctrl + Enter
Reporterin Yandex News
Reporterin Yandex Zen
11 comments
Information
Dear reader, to leave comments on the publication, you must sign in.