"It is now clear that the Russians will never build a PAK DA": the US comments on the first flight of a completely new Tu-160M 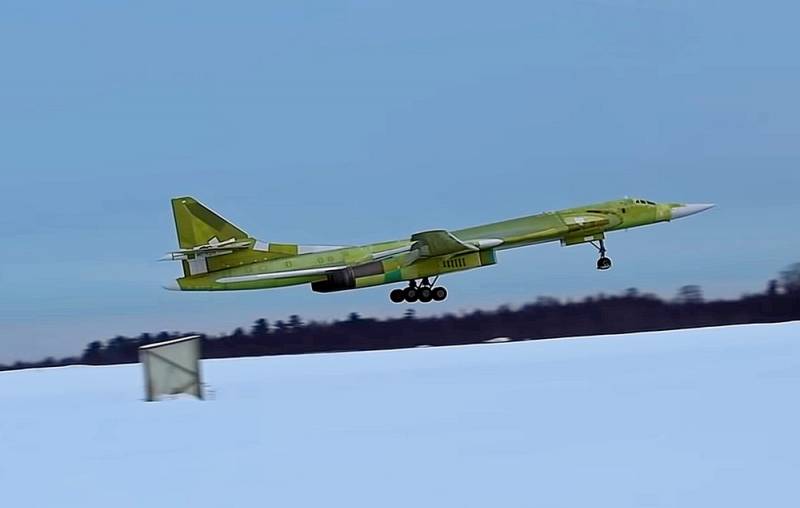 On Wednesday, January 12, a new strategic bomber-missile carrier Tu-160M ​​took off from the Kazan aircraft plant for the first time. The test flight took place at an altitude of 600 meters and lasted about 30 minutes. At the same time, the pilots performed a number of maneuvers to test the flight qualities of the upgraded missile carrier.


For the production of Tu-160M ​​at the enterprise in Kazan, it was necessary to improve some technological processes. In particular, the production of airframe units was restored, the technology of welding titanium parts in vacuum was applied. The assembly of the aircraft became possible thanks to the cooperation of the Kazan plant with several enterprises in the field of mechanical engineering, metallurgy and other industries that are part of the state corporation Rostec.


Minister of Industry and Trade of the Russian Federation Denis Manturov emphasized that aircraft manufacturers were able to restore the full production cycle of the missile carrier and use a modernized engine, new control and navigation systems. Further development of this platform will allow its use for new weapons systems.

The head of PJSC UAC, Yuri Slyusar, noted that in the course of work on the Tu-160M ​​it was necessary to form a fundamentally new digital environment, which was carried out by the efforts of several aircraft design bureaus. The new bomber was built practically from scratch.

Readers of the American magazine The Drive reacted in a peculiar way to this news.

The real achievement of the Russians lies not in the very fact of building the first aircraft, which, although very combat-ready, but devoid of modern design, but in a purely industrial revival. Most of the Tu-160 parts were not produced after the collapse of the USSR, that is, more than 30 years
- considers Tokyo Morose.

This is why I think they will never develop a PAK YES. They don't have the resources to do this. They will build what was built before. The same goes for the super-duper modern T-14 and Su-57.
- Spartangreen21 is pessimistic.

The United States is building the B-21 Raider, a modern bomber based on the most advanced stealth and electronic warfare technologies. Meanwhile, Russia has taken off a 40-year-old replica of the American B-1 bomber. That says it all

Awesome achievement! The people involved should applaud themselves, and rightly so. I do not know of a single military aircraft, the serial production of which would be resumed after such a significant period of time. It will be interesting to see how many of these cars will eventually be built.
- appreciated by TomeOfStuff.

Everything new is well forgotten old. The Tu-160 is back in production, the US Air Force is purchasing the F-15E again ... What does this mean? This shows how stalled the development of military aviation.
- believes Constant Peg.

Typical Russians. “Eh, test flight in a blizzard? Yes, why not, these things should take off in any weather! Go!"
- posted by Greyvagabond.
Ctrl Enter
Noticed oshЫbku Highlight text and press. Ctrl + Enter
Reporterin Yandex News
Reporterin Yandex Zen
40 comments
Information
Dear reader, to leave comments on the publication, you must sign in.