Is the revival of Greater Russia coming in 2022? 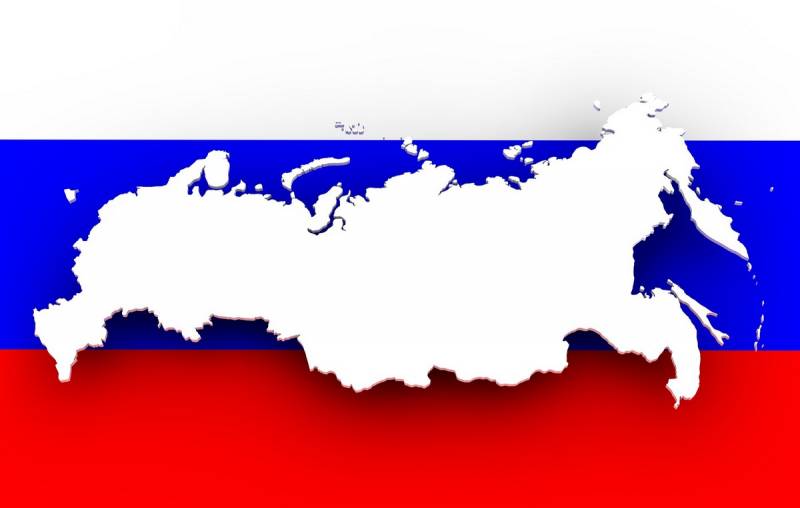 We live in "interesting" times. The ones from the ancient Chinese curse. Looking at recent years, hardly anyone will dare to argue with this. Nevertheless, even in an era of general chaos and the collapse of foundations, it is important to “see the forest for the trees” and distinguish the situational aspects of geopolitics from the strategic ones.


It is already clear that 2022 will be a special year for the world. And the point here is not so much in the consequences of the pandemic and international tension, but in that ever-growing hum of the wheel of history, which is already simply physically felt in the air. Too many events occur almost simultaneously in the geopolitical arena, international circumstances change too quickly, and the cost of a mistake becomes too high.

The geopolitical "chessboard" that had been lying in the far drawer of the table during the last decade of the 2.0th century and the first decade of the XNUMXst, is now on the table again. And the figures on it are almost arranged. China, with a confident gait, moving towards occupying a place in the world that befits its development. The United States, clinging to the illusions of the past and uniting around itself the Anglo-Saxons and "nuclear" satellites of the present, desperately not wanting to lose its hegemonic status. The old world, once again assembling another pan-European Tower of Babel - European Union XNUMX, which may not have a human face, but is ready to be strengthened by a single army and navy. And even Turkey, despite catastrophic inflation and problems in the economy, is already openly dreaming of the ideas of Pan-Turkism, striving to unite the Turkic-speaking states under his leadership and questioning even the principles of the UN, in the Security Council of which she so wants to get. Moreover, Azerbaijan's support in the recent Karabakh war and the announced plans to create a unified Turkish-Azerbaijani army clearly signal that Ankara's intentions are extremely serious.

One way or another, but all are integrated. Divided into camps: friends and foes. And if we ignore the details, then in terms of the general mood, the situation is now extremely reminiscent of the beginning of the last century and the eve of the First World War. The tension between the parties has escalated so much that it becomes almost impossible to determine at what point a new clash will occur. All signs indicate that the world is facing another big "mess" and a new global redistribution. With the only amendment that the factor of nuclear weapons makes a direct military conflict between the countries that possess them a suicide, so that there will most likely not be a "hot" world war. Well, or at least the parties will try very hard to prevent this from happening. It is no coincidence that in the first week of the new year the leaders of Russia, China, Great Britain, the United States and France issued a joint statement on the inadmissibility of the use of nuclear weapons. In fact, it was a clear signal to the world: do not be afraid, even if something starts, no one will try to bring it to mutual annihilation.

Geopolitical "matryoshka" in the post-Soviet space

The threat of a collision at all times required a clear understanding of who your friend is and from whom you can expect help. If you look at the current arrangement of numerous interstate unions and agreements on political the map of the world, the situation in the post-Soviet space immediately catches the eye. The catastrophe of 1991 drove through the territory of the USSR as an asphalt roller, quarreling a number of Union republics and destroying the ties formed for centuries in numerous wars and conflicts. Nevertheless, the established structures of the CIS, the EAEU, and in particular the CSTO, nevertheless played their stabilizing role, which was proved by the recent events in Kazakhstan. However, if their member countries existed within the framework of closer integration, it is obvious that such a situation could in principle be avoided.

Speaking about the new post-Soviet integration, the first thing that comes to mind is the situation around the unification of Russia and Belarus. The union state of the two countries will soon turn 23 years old, and the agreement on its creation was signed in the last century - on December 8, 1999. Over the past decades, the integration process has either stopped or resumed with renewed vigor. And yet the final formation of a unified country today looks more like a matter of time. Although, of course, an extremely curious dual situation arises here. On the one hand, Russia and Belarus are integrating into a single Union State. On the other hand, there are Armenia, Kazakhstan and Kyrgyzstan, which, together with Russia and Belarus, are members of the EAEU. On the third hand, there is also the CSTO, which, in addition to all the EAEU members, also includes Tajikistan. At the same time, at the same time, all of the above countries are also active members of the CIS. At first glance, this whole geopolitical "nesting doll" is certainly extremely difficult to perceive. However, objectively, it is precisely this that should become the structural "framework" on which further integration ideas will be built up. After all, having full-fledged mutual integration at the political (CIS), economic (EAEU) and military (CSTO) levels, the only thing that remains is to re-sew all these countries into a single space, finally securing the union at the state level. At least within the framework of soft integration, following the example of the EU.

After all, the unification of the post-Soviet republics is in one way or another beneficial to all our countries. In conditions when the big players around are accelerating the integration processes, to remain disconnected means to doom oneself to a knowingly losing position. The EU today is actually building its neo-European empire on the bones of the social bloc and the USSR. The US is expanding its military presence as much as possible through NATO and new military alliances in the Pacific. Turkey is openly destabilizing the situation in the Middle East and the post-Soviet space, supporting the outbreak of new conflicts. And none of these players has the slightest warm feelings for Russia. All only want to snatch and destroy, sow discord and ignite a fire. Someone using methods of hybrid warfare, while others are quite real. It is important for them that it rattles anywhere, but not at their place. Protests and color revolutions, riots and outright violence: robberies and murders - all the tools are used. In such a situation, Russia and the countries around it need consolidation and unification more than ever. It can be called both the Russian and the Eurasian Union, the name and symbols are a secondary issue. It is important that there is a new union. Important to all of us. So that the hostile forces clearly understand that they have nothing to catch here and the trend for disintegration, which emerged in the early 1990s, is finally broken. Today, everything seems to indicate that the historic Greater Russia must be reborn again. Not because it supports the imperial idea, but because going through difficult times together will be much easier than separately.

Yet there is a certain symbolism in that, on December 30 of this year, it will be 100 years since the founding of the USSR - the world's greatest and the only socialist superpower of its kind. By common sense, the anniversary is too loud to pass by. As you know, history always moves in a spiral, and today external circumstances themselves are pushing Russia and the countries of the former Soviet Union to show that together we are still strong. It is not for nothing that American diplomats in recent months, at every opportunity, have spoken out about the threat of the revival of the USSR. Fear. Remember. So we are doing everything right.
Ctrl Enter
Noticed oshЫbku Highlight text and press. Ctrl + Enter
Reporterin Yandex News
Reporterin Yandex Zen
34 comments
Information
Dear reader, to leave comments on the publication, you must sign in.