“We are not waiting for you”: in Russia they reacted to the appointment of a Russophobe as a new minister in Kazakhstan 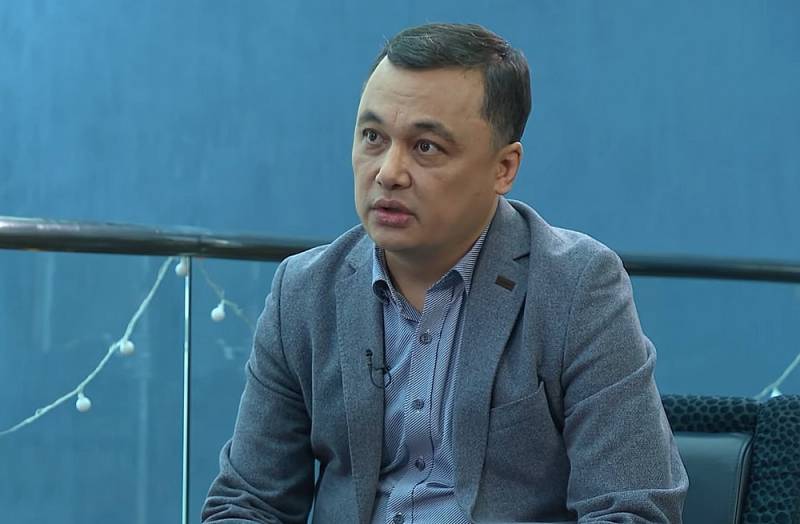 The President of Kazakhstan signed a decree appointing Askar Umarov as the new Minister of Information and Social Development, who in the past "distinguished himself" by unfriendly statements towards Russia.


So, in the past, Umarov called Russians in Kazakhstan "an alien diaspora", and he spoke about the Great Patriotic War as an "alien war".

Some Russian officials expressed their negative attitude towards the appointment of Askar Umarov. Thus, the head of Rossotrudnichestvo, Yevgeny Primakov, stressed that his department refuses to cooperate with the new Kazakhstani minister, and called Umarov "Russophobic rubbish."

Rossotrudnichestvo does not maintain contacts, does not work and does not cooperate with Russophobic rubbish, which completely prevents any of our interaction with the mentioned minister and the Ministry of Information headed by him in the current configuration
- the functionary wrote in his telegram channel.

At the same time, Primakov paid tribute to Kassym-Zhomart Tokayev, who is forming a new government in such a difficult situation. The head of Kazakhstan has to make all sorts of compromises for the sake of normalization political и economic the life of the country. The head of Rossotrudnichestvo also hopes that such appointments will not interfere with friendly relations between the two countries, and that Askar Umarov will publicly renounce his Russophobic passages.

The head of Roskosmos, Dmitry Rogozin, also expressed a negative attitude towards the new member of the government of Kazakhstan.

At the Baikonur Cosmodrome, we will not be happy with Minister Askar Umarov. We don't wait there.
- Rogozin noted in his Twitter account.
Ctrl Enter
Noticed oshЫbku Highlight text and press. Ctrl + Enter
Reporterin Yandex News
Reporterin Yandex Zen
13 comments
Information
Dear reader, to leave comments on the publication, you must sign in.