Tests of the Mi-171AZ multi-purpose helicopter have started in Russia: why is it important 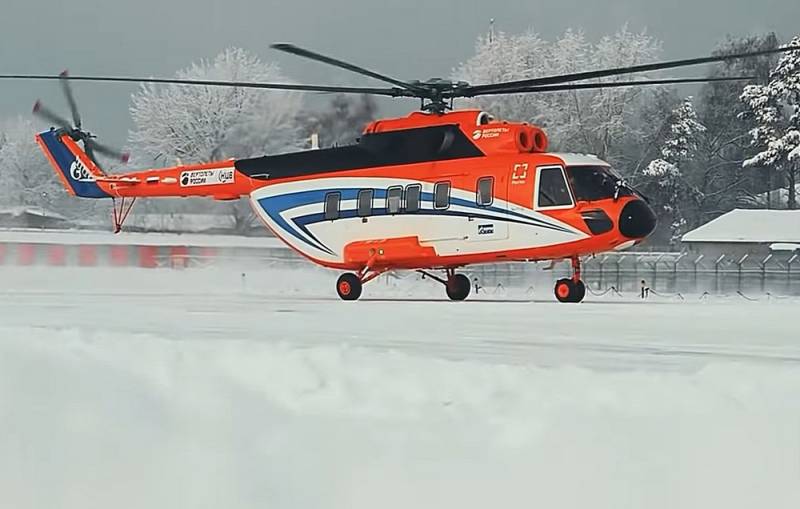 At the end of last year, tests of the Mi-171AZ multi-purpose helicopter, also known as "offshore", started. For some reason, this event was "lost" among others News. However, if we take into account the possibilities and prospects of the new device, it becomes clear that it was "deprived" of attention in vain.


It is worth starting with the fact that at the beginning of the XNUMXst century our country began intensive development of the northeastern shelves. Russia has learned how to build offshore platforms for oil production, but communication with them requires a reliable and modern technique.

So, it is the multi-purpose Mi-171AZ that should take on this task, because ships are not always able to get to the platforms due to ice conditions, and amphibious aircraft do not go through high waves.

In general, more than a third of "offshore" (outside the mainland coastline) flights are carried out by transport and ambulance helicopters. In turn, the Mi-171AZ should combine both types of rotorcraft, becoming a kind of "station wagon".

It is worth noting that there was a good reason for creating such a device. The fact is that the current Russian helicopters do not meet the requirements of the International Association of Oil and Gas Producers. Consequently, they can only work in the domestic market without any hope of export.

In addition, numerous foreign partners of Russia in the oil and gas industry insisted on the acquisition by our country of foreign helicopters that meet the above requirements.

Now, our Mi-171AZ will be able to compete with foreign rotorcraft. The helicopter is a deeply modernized version of the Mi-8(17). The device received new electronics that guarantee aerobatics in difficult weather conditions, including an autopilot, as well as a number of improvements that ensure safe operation in the Arctic.