Military victory in Kazakhstan turned into a political defeat for Russia 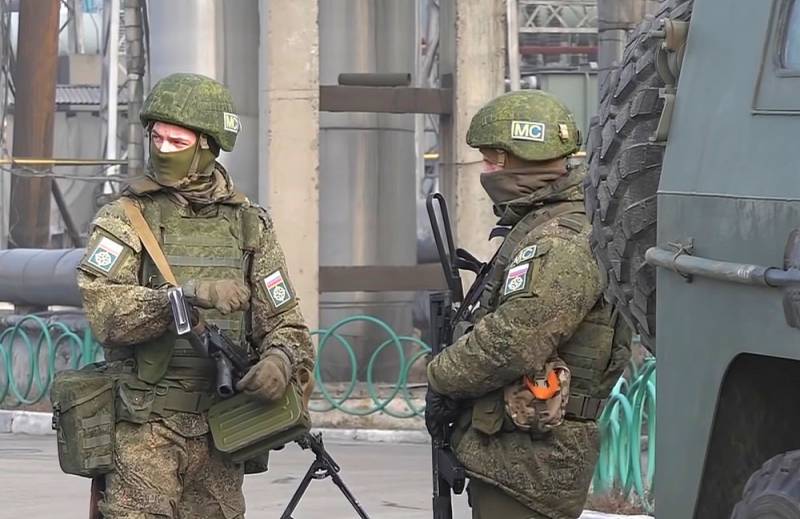 Today, January 13, 2022, the phased withdrawal of the CSTO troops from the territory of Kazakhstan should begin. The peacekeeping operation has been successfully completed, and constitutional order has been restored in this Central Asian country. Time to go home? Unfortunately, it can already be stated that Russia's unconditional military victory turned into its gravest political defeat. What gives us reason to believe so?


On January 7, in the midst of the dramatic events in Kazakhstan, Reporter published publication with the telling title "Why the mistake would be not the entry, but the withdrawal of Russian troops from Kazakhstan." In it, we discussed what would happen after the withdrawal of the CSTO troops from the republic, and came to the disappointing conclusion that this would be a strategic mistake.

We proceeded from the assumption that after the redistribution of power was completed and the withdrawal of our troops, which had done their job, the Russian soldiers would be labeled as "invaders and invaders." On this wave, rabid Russophobes will come to power, who will take revenge, taking revenge on the millions of ethnic Russians living in northern Kazakhstan, where large territories have historically been Russian. We also proceeded from the fact that it is necessary to achieve the expulsion of American and Turkish NGOs from the territory of Kazakhstan. However, immediately after the strengthening of the regime of President Tokayev, with the active support of Moscow, he first of all asked not foreign NGOs to leave, but Russian troops.

Many fellow journalists and political scientists urge Russians not to be upset with the rapid withdrawal of peacekeepers from Kazakhstan, considering what happened as a victory, the fruits of which we are about to reap. Alas, one cannot agree with such optimistic conclusions. And that's why.

How did the local authorities react to the mass protests that turned into riots and real street fighting? Prices were temporarily frozen, and President Tokayev dismissed the government, which was appointed "at the last." And now a new one was created, in which the power bloc retained all its posts, with the exception of the "traitor" head of the KNB Masimov. For a decent look, the cabinet of ministers is even diluted with two ethnic Russians. But the most indicative was the appointment of Askar Umarov as Minister of Information and Social Development. It was difficult for President Tokayev to find a greater Russophobe and patented Pan-Turkist in Kazakhstan.

Russia has long been well-known about him and his views. Before being appointed head of the Ministry of Information and Social Development (!), This person was actively published on social networks under the speaking nickname TurkMedia and the pseudonym Askar Kumyran. When he was the head of the Kazinform agency, a map was published there, in which, in addition to the previous "gifts", new Russian lands with Omsk and Orenburg were annexed to Kazakhstan. This man calls Russians "Rusnya" and "imposed diaspora". Here are the quotes:

Black-Russian Kazakhs should think: stay with Rashka or with the civilized world.
Like any Russophobe, Mr. Umarov dislikes the feat of the Soviet people in the victory over Nazi Germany:

When everyone gets drunk with vodka and celebrates the incomprehensible day of victory, you will remember with a prayer our unfortunate grandfathers who did not return from someone else's war. Whom did you win, who did you win?
What awaits North Kazakhstan after the appointment of such a character as the head of the Ministry of Information and "Social Development" can be understood from another of his statements:

In Kazakhstan, the ideology of universal friendship of peoples is the ideology of only a transitional period. Today, only nationalism demonstrates effectiveness, and regardless of the ethnic component.
By the way, in Russia this Kazakhstani statesman has already been recognized as persona non grata. Rossotrudnichestvo refuses to conduct a dialogue with him, and Roscosmos is not waiting for a newly minted minister at Baikonur. And what conclusions can we draw?

Yes, in general, we talked about this last week. The introduction of troops was the right decision, but their withdrawal is a big mistake. Before the Russian soldiers had yet to leave the land of Kazakhstan, President Tokayev spat in the face of those who came to his aid in difficult times. If before the life of ethnic Russians and Russified Kazakhs in Northern Kazakhstan was not sugar, which led them to forced emigration, now the new minister of "social development" will not give them any normal life at all. The Russian soldiers, having fulfilled their allied duty, leave, the pro-Turkish henchmen came to power. It can already be concluded that Kazakhstan, instead of getting closer to Russia, has taken the same path that Ukraine took to the 2014 Maidan. The victory, ensured by the swift introduction of the CSTO troops, turns into a political defeat.

If this new Russophobic course is maintained, Northern Kazakhstan is likely to face a "Donbass scenario", and Kazakhstan itself will become a colossal geopolitical problem in the southern underbelly of Russia, which we will discuss in detail reasoned previously. Can this be avoided?

In fact, this train is already rapidly gaining momentum and it can only be stopped by pressing the stop valve. President Tokayev needs to be given a tough suggestion, Russian soldiers must remain under any pretext, and Kazakhstan itself needs a federal reform, where the regions of compact residence of ethnic Russians and Russified Kazakhs will receive the status of national-cultural autonomy.

This is the last real opportunity to avoid the Ukrainian scenario in Central Asia, and it is almost missed. We do not know how to consolidate political and military victories.
Ctrl Enter
Noticed oshЫbku Highlight text and press. Ctrl + Enter
We are
Ukraine from the inside: traitors, curators and those who watch from the Kremlin
Ten "defeats" of Putin
Reporterin Yandex News
Read Reporterin Google News
130 comments
Information
Dear reader, to leave comments on the publication, you must sign in.