Nine results of the CSTO operation in Kazakhstan 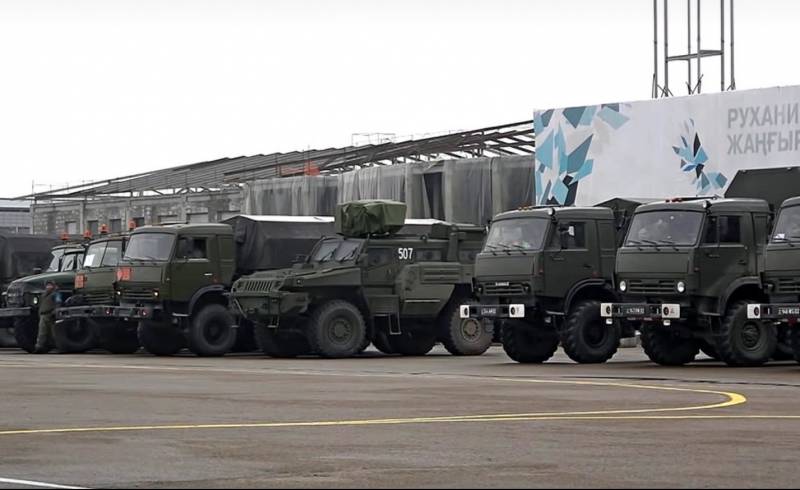 
1. Russia was able to ensure the collective nature and coherence of the alliance's actions. Moreover, the transfer of forces was carried out on Russian aircraft.

2. The CSTO has proven its effectiveness, and in the future we can assume the expansion of its functions and increased funding.

3. Troops have again become a significant way of solving problems that diplomacy and economy.

4. The Russian Federation has proved its ability to transfer a military brigade without heavy weapons to a new direction in a day. At the same time, the role of the airborne troops has significantly increased.

5. Received new confirmation of the effectiveness of Russian transport aviation and flight personnel. Up to a third of Russia's transport aircraft took part in the current CSTO operation. Moreover, the flights of the Il-76MD and An-124-100 were carried out to other directions (Syria).

7. Use of unmanned aerial vehicles by Russian troops (Orlan-10).

8. Demonstrated high quality equipment Airborne Forces. So, during the operation, the military vehicles of the Russian paratroopers did not receive any damage.

9. The actions of the CSTO in Kazakhstan deepen cooperation between the armies of Russia and Belarus.
Ctrl Enter
Noticed oshЫbku Highlight text and press. Ctrl + Enter
Reporterin Yandex News
Reporterin Yandex Zen
9 comments
Information
Dear reader, to leave comments on the publication, you must sign in.