Russia needs to prevent a "soft" takeover of Kaliningrad 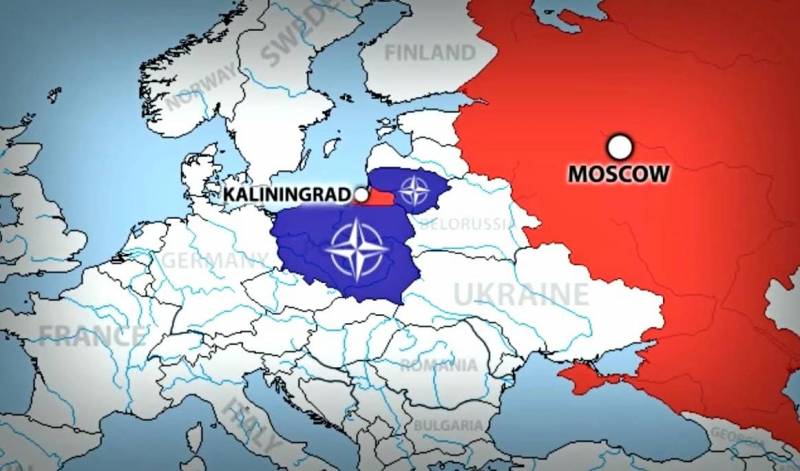 We have touched upon the topic of the hypothetical seizure of the Kaliningrad region by the NATO bloc in one way or another more than once. Obviously, Moscow will not surrender its westernmost region, and the Russian Defense Ministry will have to use its entire arsenal, including tactical nuclear weapons, to prevent or stop an annexation attempt. But how should Russia react if the majority of the inhabitants of the exclave themselves want to become a part of "civilized" Europe? Is such a scenario even possible, and then what should be done to avoid it?


The issue of some kind of "Kaliningrad separatism" is periodically raised in the domestic press. And no wonder, considering the peculiarities of the geographic location of the Kaliningrad region and the history of its incorporation into our country. Recall that this region used to belong to East Prussia and became part of the USSR following the defeat of the Third Reich in the war of annihilation unleashed by it. After the collapse of the Soviet Union, Kaliningrad found itself isolated from the main territory of the Russian Federation, sandwiched between Lithuania and Poland, which are part of the NATO bloc.

From the Kaliningrad region, the RF Ministry of Defense has the ability to deliver pinpoint strikes with the Kalibr cruise missiles of the Baltic Fleet of the RF, as well as the Iskander-M OTRK. Every year, the North Atlantic Alliance conducts many military exercises, apparently aimed either at blocking the Russian exclave or at its forcible seizure. Since the naval blockade is real take off we have nothing, the Russian army will have to lift the blockade by land, from the territory of neighboring Belarus through the so-called Suwalki corridor. In any case, this means a direct military clash of a nuclear power with a whole block of countries, a number of which also have their own powerful nuclear arsenal, for example, the United States, France, Great Britain, which can lead to the most dire consequences. In order to successfully fight Russia on the western front, it is highly desirable for them to prepare a foothold by removing the "Kaliningrad splinter", but at the same time not receiving nuclear strikes on their own territory. Is this even possible?

In theory, this is only possible if the inhabitants of the exclave themselves want to stop being Russia and become part of the European Union. If you look at the publications on this topic, then almost all of them boil down to the fact that the situation is under complete control, there is no "Germanization" at all, the few radical supporters of the idea of ​​joining the FRG receive criminal sentences, and there is nothing to fear.

Indeed, the law enforcement agencies are regularly doing their job, and the inhabitants of the exclave do not see their future as part of Germany. Moreover, there has been a constant increase in the Russian population in the Kaliningrad region due to the move from Central Russia, Siberia, the Far East and even from neighboring Northern Kazakhstan. People are attracted by the "Europeanness" of our westernmost region. What kind of separatism is this? Moreover, the Baltic sailors give their caps to the "ringleaders".

Or is everything a little more complicated than it seems at first glance?

Yes, the absolute majority of the residents of the Kaliningrad region from the older generation in no way want to be disconnected from Russia in favor of the FRG. The maximum they count on is work and leisure in neighboring European countries. But what about the younger generation born after the collapse of the USSR? Many of them may not have even been to the main part of the Russian Federation. And if there have been, then, rather, as tourists. Their education, career and circle of interests are objectively tied to the EU countries, which open up more opportunities for them. Russia is at heart, but their "bright future" is closely tied to Europe. An exclave is an exclave that is cut off from the main territory of the country and is forced to focus on policies neighbors.

For example, Lithuania will make a decision to ban the transit of Belarusian goods, and this will entail an increase in prices for the Kaliningrad region. Of course, no one will die of hunger, it is just that the life of Kaliningraders will become much more expensive. But what if relations between Russia and the West go completely into turmoil, and the Federal Republic of Germany adopts a law on a simplified procedure for granting citizenship to residents of the former East Prussia? Do you think many people want to get a second, German, passport? It is possible that the process of migration from Russia to the Kaliningrad region will grow, already "for German citizenship."

Getting a German passport and some other "goodies" in the form of financial assistance can be very tempting for many. Of course, someone will refuse in principle, but there will also be those who will agree. Many people will agree to such a "cheese in a mousetrap" after looking at other people's "success stories". And then - a referendum "on returning to home harbor", and goodbye, Russia. As for the fears that the Germans will come for their lands and drive the Russians out of them, Berlin can quite afford to buy the former German property from the current owners for a good price and help them move to Germany and get a good job.

So, without a single shot, the Kaliningrad region can be rapidly "Germanized" with all the ensuing consequences. Why has this not been done so far, our discerning readers will ask.

Fortunately, things are more complicated than they seem. The fact is that the "Germanization" of the Kaliningrad region will create the basis for an acute conflict between the FRG and neighboring Poland. Recall that the other two-thirds of the former East Prussia went to Warsaw. There will definitely not be calmly watching Berlin "return the German lands", because the next in line will then be the Poles. With something like this, World War II began.

However, you should not rely on someone else, but it is better not to lead to sin at all. It is necessary to work with the Russian youth of the exclave so that they do not feel “on the island”. Instead of Western universities, Kaliningraders should be offered the opportunity to get an education in the best universities in Moscow and St. Petersburg, free of charge. Yes, let there be a special quota for them, let their own Russian NGOs work in a geographically isolated area.