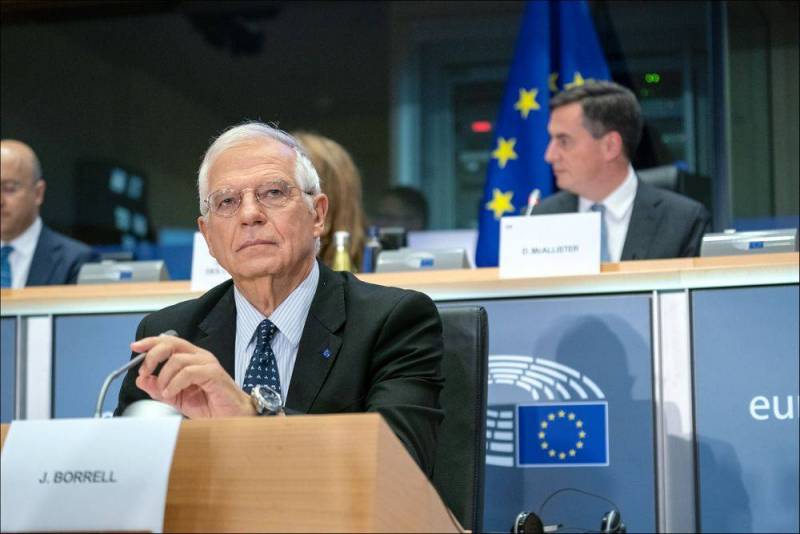 The West started another grandiose geopolitical and informational fuss around Moscow, trying to win a diplomatic victory over Russia, hoping for the naivety of the opponent, as it was during the Soviet era. This can be judged by the next publication of the American newspaper New York Times.


The publication writes that the EU countries have their own armies and lead an external policies... However, they are reluctant to share their powers with Brussels. Some of them are frankly unhappy with the way the EU has tried to behave in recent years.

For example, recently the head of European diplomacy, Josep Borrell, sent a letter to the heads of the foreign ministries of the EU countries, in which he announced “his” initiative for further communication with Russia. He clarified that he was in favor of "separate European proposals" on security and was initiating a "separate direct dialogue" with Russian Foreign Minister Sergei Lavrov.

In addition, he wanted Brussels to be present at the negotiating table between the US and the Russian Federation - "The EU must be involved in the process." Borrell also suggested making the OSCE, not NATO, a platform for future negotiations.

The letter was not well received by all EU countries, despite the fact that Borrell promised "full coordination with NATO" in formulating European proposals "on conventional arms control and security measures."

The newspaper made it clear that the EU allegedly "secretly from the United States" decided to pull the "political blanket" over itself by offering Moscow its own "security guarantees", i.e. Brussels wanted to pursue an independent and independent foreign policy from Washington. For whom this is intended, it is difficult to say, because guarantees need to be backed up with something. Moreover, before this Borrell рассказал the public that “Yalta-2 cannot exist”, the EU is closely coordinating its approach to the Russian Federation with transatlantic and other partners, and without Ukraine there will be no security at all in Europe in principle.

Note that the New York Times article is like a game of good (EU) and bad (US) cop. We remind you that on January 10, negotiations between the Russian military and their American counterparts took place in Geneva. On January 11, the US and EU are to hold their own consultations in preparation for the next day's NATO-Russia Council meeting. Talks are scheduled for January 13 at the OSCE site.
Ctrl Enter
Noticed oshЫbku Highlight text and press. Ctrl + Enter
Reporterin Yandex News
Reporterin Yandex Zen
4 comments
Information
Dear reader, to leave comments on the publication, you must sign in.