The West refuses to understand Russia in a good way, running into a bad answer 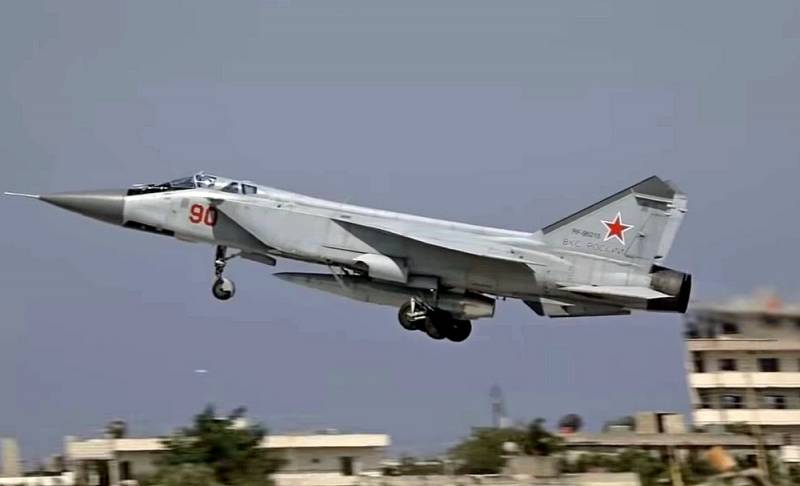 The fact that the first (and, in fact, the main) round of negotiations on security guarantees, which took place on January 10 in Switzerland, was as successful as Professor Pleischner's mission in the same country, was already evident from the final photographs of the heads of the delegations of Russia and the United States. - Deputy Foreign Minister Sergei Ryabkov and his American counterpart Wendy Sherman. No smiles, no handshakes, not even a symbolic tapping of elbows in the stupid style of "coronavirus fashion". And the expression on the faces of the representatives of the "high negotiating parties", who stood at the photograph in extremely tense poses, matched the boxers who left the ring after a fierce fight rather than career diplomats.


The first statements made at the final press conferences were vague and vague, but they did not leave the slightest reason for optimism. Somewhat later, when both the Deputy Head of the US State Department and the representative of our country talked to the journalists more closely, the last doubts disappeared: it was not possible to agree on key issues. Moreover, it is highly unlikely that progress can be made in any foreseeable future. It did not work out in an amicable way - and solely because of Washington's stubborn stubbornness, which does not want to "give up its principles" in any way. What now remains to be done by Moscow, which has promised in advance that with such a development of events, "military and militarytechnical answer"? Good question, gentlemen ...

How disappointed and annoyed Mr. Ryabkov is with the results of the empty conversation, which lasted almost eight hours in a row, shows that at the briefing that followed, he allowed himself, abandoning diplomatic conventions, to famously “shave off” one of the most annoying representatives of the Western media. Specifically, a Bloomberg correspondent, who tried to convince the deputy head of our Foreign Ministry of the "one hundred percent objectivity" of his publication, which "serves both the American and Russian points of view." Ryabkov responded by saying that Bloomberg's "unbiased" presentation of the Russian position seemed to him "similar to Roquefort cheese - this, you know, a little smelly ..."

The gold fund of quotes from the Russian Foreign Ministry has been seriously replenished. And you know what? Sergei Alekseevich is absolutely right. After all, it was this agency, in close collaboration with its colleagues from the Associated Press, The New York Times and others, with a smaller “caliber” just before the Geneva summit that worked tirelessly to create such an “informational background” for it, which a priori made these negotiations meaningless. "Objective" "mouthpieces" trumpeted with might and main about what kind of "hellish sanctions" Washington was already preparing for Moscow as punishment for the "invasion of Ukraine", which "will certainly take place." All these fraternity have added to the fact that in the White House there are almost plans for the signature of "the imposition of an embargo against Russia of the same level that is in effect against Iran, Cuba or North Korea." This campaign of intimidation of Moscow was accompanied by the publication of yet another "authentic" and "completely reliable" maps with "plans for the Kremlin's aggression against Kiev." However, is it any wonder the Western "irons" if they, in fact, just re-echoed the official position of the State Department?

Its head, Anthony Blinken, who spoke at the end of last year about the "unacceptability" of Moscow's key positions, went even further on the eve of the summit with the participation of his first deputy. In his speech, the head of the United States Foreign Office accused Russia, no less, of "striving to restore the USSR." This was traditionally followed by talk about "a pistol put to the head of Ukraine" and the horrific punishments that await our country if it dares to "pull the trigger." You should, Mr. Blinken, write rhymes or something ... Or detectives at worst. This position of the Secretary of State is more than eloquent evidence: no one in the United States was going to agree on anything from the outset. No, "pure chatting" - why not? After the meeting, Wendy Sherman flooded like a nightingale about the "openness of the American side to discuss issues regarding missiles in Europe and conduct exercises there." And also the readiness to talk about some completely abstract and incomprehensible "measures of transparency".

What does this verbal construction mean - there is a great mystery. However, most likely, it hides an obsessive desire of our overseas "negotiating partners" to turn them into another endless series of pointless discussions about nothing. Regarding the topics that mean the most important priorities for Moscow - non-proliferation of NATO into the "post-Soviet space" and a significant reduction in its militaristic ambitions in Eastern Europe, Sherman sounded an unambiguous and categorical "No!" According to Sergei Ryabkov, "there is absolutely no progress at the critical moments on which the entire success of the negotiation process depends." The American side simply "does not hear" them. And he does not want to hear in any way.

And if "in a bad way"? The answer is there

No, no one refuses further meetings in the Russia-NATO and Russia-OSCE format, scheduled for the coming days. On the other hand, if “Sherkhan” growled his answer, is there any point in listening to the yapping of “Tabaka”? Moreover, based on the hysterical demarches of such NATO "pillars" as Lithuania or Estonia, as well as the arrogant and arrogant statements of the Alliance Secretary General Jens Stoltenberg, other prospects, except for the next accusations of a "military threat" to Ukraine, assurances of its "unshakable support" , as well as absurd demands that something should be taken away from somewhere, one should not expect from these summits. The North Atlantic Alliance, which is still guided by the Washington "compass", will bend its line and categorically reject the main demands for which, in fact, negotiations with it were started. In addition, and for Kazakhstan, just look, they will begin to "present to roll out", trying to squeeze at least something out of their own shamefully failed adventure.

The Geneva round of negotiations was the "cornerstone" of the entire dialogue, which apparently ended before it even began. And, in all honesty, let's admit already - to rely on something else would be the height of naivety. Stay at the helm of the United States, albeit eccentric, but pragmatic Trump with his more than cool attitude towards NATO, perhaps something would have worked out. But the current democrats-nachets, from whom a mile away carries the most dense and fanatical messianism, will not compromise until they are completely and irrevocably driven into a corner. It seems that the time is coming for those very "necessary measures to eliminate threats unacceptable to Russia's security" that Sergei Lavrov warned about in advance.

"Zircon" - another in the window of the White House? It sounds tempting, but it is clear that no one will take such a suicidal path - and thank God. However, there is no need for such radical decisions, if life itself suggests a different, much more realistic and effective option. Andy Sherman, bursting with complacency, proclaims the inviolability "policy open doors of the North Atlantic Alliance ”? Well, great - let's answer in a very symmetrical way. Moreover, the events in Kazakhstan are not just suggesting, but actually pushing towards just such a "military-technical" decision. Do you continue to insist that NATO's doors are open for Ukraine and Georgia? Great - why don't the CSTO open their own? First of all - for the so-called Commonwealth of unrecognized states in its entirety. That is, for Abkhazia, South Ossetia, the Pridnestrovian-Moldavian and Nagorno-Karabakh Republics? And at the same time - for Donetsk and Lugansk (with their simultaneous recognition by Moscow and other members of the CSTO). Not recognized by the allies in the block? Something suggests that in exchange for guarantees of protection of the NKR, Yerevan will go for something else. In any case, Minsk has nothing to lose. Kazakhstan and Kyrgyzstan? With the first, everything is clear, but the second will not trample against the majority. Well, he will demonstrate a "dissenting opinion" for order, but will accept it.

Western reaction? So what? We are only mirroring your "principles"! War? They will not start unambiguously. They have neither the desire nor, above all, the strength for this. And, by the way, why not invite Syria, Iran, Cuba, Venezuela to the same CSTO? Walking - so walking! And surely there will still be those who wish! What will Washington be able to counter this? More sanctions? So they will still be - is it really not clear yet? They are not going to negotiate with us - they intend to press and intimidate further. Here, or bend, or go all-in.

And who says that the admission into the ranks of the CSTO (or, for example, a completely different military-political union created from scratch) of unrecognized states and countries persecuted by the West, in fact, are our outposts in the confrontation with the "world hegemon" , must it take place de jure? It is quite possible that the drafts of relevant documents published on the official resources of Russia will be enough for our “sworn friends” to “enlighten the mind”. They may remain so - for the time being. Or they can be signed as soon as possible - the crisis in Kazakhstan perfectly showed that Moscow not only knows how to act with lightning speed itself, but is also capable of motivating its allies to make decisions at the same speed. It is quite realistic to announce to our opponents a real ultimatum - to give a deadline for fulfilling the requirements and conditions announced at the end of last year, promising otherwise to formalize a new geopolitical reality, at least in the “post-Soviet space”, within XNUMX hours after its expiration.

One can a priori declare such a proposal as adventurism and playing with fire. Just to begin with, I would ask you to suggest something alternative. One can come to terms with defeat, with the fact that the "collective West", today critically dependent on the supply of our energy resources and clearly weaker militarily than our country, nevertheless categorically refuses to take it seriously. And you can, in the end, do not give a damn about all the stupid foreign policy "curtsies" and begin to act as it should be a great power, returning its own greatness not only in words.
Ctrl Enter
Noticed oshЫbku Highlight text and press. Ctrl + Enter
Reporterin Yandex News
Reporterin Yandex Zen
69 comments
Information
Dear reader, to leave comments on the publication, you must sign in.