Why the EU suddenly began to fear anti-Russian sanctions 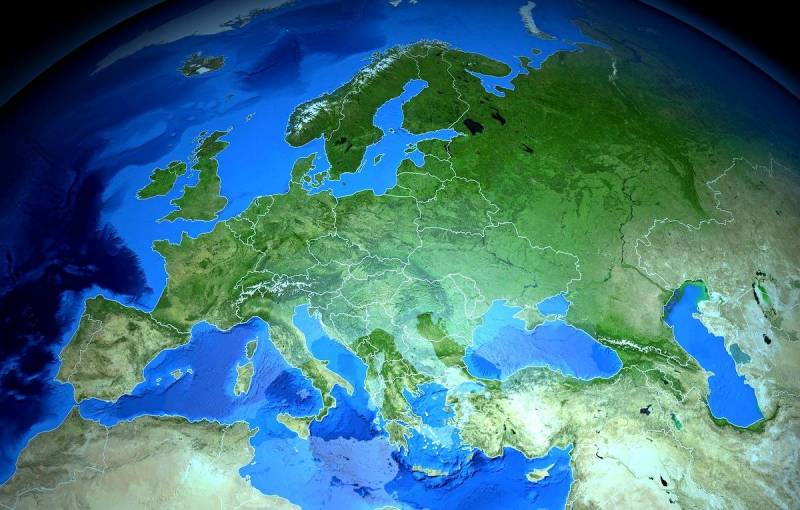 A number of EU countries have expressed their concern to Washington regarding the possible economic damage that they may suffer as a result of the introduction of new anti-Russian sanctions. Bloomberg agency reported on this on January 10.


According to the data at the disposal of the latter's sources, not all of the West European allies of the United States still approve of the imposition of severe restrictions on Moscow. It is noted that some states fear not only tangible consequences for their own economies, but also retaliatory actions from Russia, which, in their opinion, may cut off gas supplies to Europe.

Carpe diem - says winged Latinism, calling to seize the moment. And Russia is doing just that today. Indeed, it’s hard to imagine a better moment to negotiate security with the United States. On the one hand, the inglorious collapse of the twenty-year American operation in Afghanistan and the extreme polarization of the domestic political agenda make Washington's positions weaker than ever, while reminding other geopolitical players that the collapse of the unipolar world is getting closer. On the other hand, the closest European ally of the United States after Great Britain, the European Union, is now not in the best position to provide them with any support. After all, Brussels is now separated from a full-fledged energy catastrophe by only one thing - Russian gas. And, judging by the current tense geopolitical situation, Europe would be foolish not to take this into account.

Despite the fact that now all supplies are being carried out by Gazprom very carefully and in full compliance with the previously concluded agreements, no one should discount the counter-sanction factor. That is why the unnamed, but everyone understands which "Western European countries" are vying with each other to convey all the delicacy of the current situation to Washington.

Its key nuance is extremely simple: Gazprom will continue its supplies exactly as long as Russian legislation allows it to do so. And if at some point it changes in response to any restrictive measures taken from outside (for example, from Brussels, which supported, as in 2014, US sanctions), European countries will not have the slightest moral right to talk about injustice. It is enough just to remember the situation around the Mistrals.

As you know, the Russian side, represented by the United Shipbuilding Corporation, in 2010 reached an agreement with the French state-owned company DCNS and the STX Saint-Nazaire shipyard on the supply of Mistral-class helicopter carriers. However, in 2014, when the construction of the first two ships had already been completed, French President François Hollande suddenly announced that they would not be transferred to Russia. The reason then voiced by the French leader boiled down to the "situation in Ukraine." This is how, easily and simply, official contracts, de facto concluded on behalf of the leading European power, were trampled upon by a wave of the hand from across the ocean. As a result, despite the fact that the Russian sailors trained on one of the ships for more than one month, they had to go back, and the Russian Mistral never got it. Keeping all this in mind, it becomes obvious even to Europeans that Russia, taught by such experience, will not be uncomfortable with the issue of imposing retaliatory sanctions. And no contracts will save you here. The hand will shut off the gas valve in case of something, no one will flinch. After all, this is exactly what the true mirroring of the external looks like. policy.

Why is the EU afraid of sanctions right now?

Of course, the European bureaucrats did not like the fact that they were not invited to the Geneva talks between Moscow and Washington. For Brussels, who imagines himself to be the center of modern European civilization, this has become a good reason to return from the world of dreams of European superintegration into the harsh reality in which no one considers him even a subject of negotiations. By this, by the way, Russia is simultaneously killing two birds with one stone: it solves its own geopolitical tasks related to the delimitation of spheres of influence and the designation of red lines, and at the same time drives another nail into the lid of NATO's coffin. After all, even the most seedy European official understands that he was not invited to negotiations on security precisely because the EU, with the giblets, handed over its own defense to the United States. And as long as the American boot tramples on the ground of the Old World, the situation is unlikely to change.

Indeed, it would hardly have been possible to find a better reason to poke Brussels' nose into this simple truth. And this is not to mention the fact that the EU is pressed not only by an internal feeling of its own geopolitical inferiority, but also by quite real problems associated with the fact that each country understands the coming energy transition in its own way. For example, Germany is strongly opposed to the construction of new nuclear power plants due to safety issues, planning to close all of its nuclear power plants next year. France, on the other hand, is going to actively develop nuclear energy, increasing the number of nuclear power plants by almost a multiple. And between the countries lies a direct border with a length of 451 km, so if the French had a new "Fukushima", the Germans, according to the theory of probability, simply cannot but catch on. And this is not to mention other European countries, each of which seeks to express its undoubtedly important opinion.

So it turns out that the cacophony of different voices from every corner of the EU regarding the construction of new nuclear power plants is gaining momentum even at the stage of discussion. It is clear that Brussels is now making Napoleonic plans with German pedantry to resolve the energy issue, but its fragmentation and heterogeneity can play a cruel joke on it. And as if one of its members did not leave "in English". Especially given the impending financial problems. After all, no matter how much Brussels repeats about control over the situation when the price of energy resources rises dozens of times, no economy unable to hold her forever. So far, the old accumulations of the European Union are enough to subsidize the energy sector and at the very least to contain the rise in prices for European residents. But that's exactly what it is for the residents. European companies, whose activities are "tied" to energy-intensive production, at the end of 2021 began to close one after another. So yes, somehow it does not look very rosy against the background of loud statements by the EU about the energy transition. Especially when you consider the fact that developing countries can quickly take the place of a bankrupt European business.

That is why European countries are afraid of the introduction of new sanctions. When money is the main stitching element of a union association, it is easy to guess what will happen when money starts to run out and prices for everything rise. And this is exactly what will happen if the flow of gas from Russia suddenly dries up.

So we get an equation with three unknowns. On the one hand, Moscow, which this time is absolutely clear and without equivocation points to the West: "This is my sphere of influence and you should not be here." On the other hand, the United States desperately does not want to retreat from its existing positions and demonstrate foreign policy vulnerability, which already looks like a Punchinelle secret. They do not want so much that they are ready to accept the most stringent sanctions against Russia, as against Iran and North Korea. But the trouble is, for the American sanctions it is quite obvious that the EU can "fly in", which "according to the laws of the genre" will simply have to support them. The result is that Russia knows that the US knows that the EU knows that the sanctions will end very badly for Europe. Truly a triangle worthy of a convoluted gangster action movie. Alas, this is the current geopolitics. There is a play of nerves. And if you don't blink or be afraid, then it is likely that Russia will be able to win in it.
Ctrl Enter
Noticed oshЫbku Highlight text and press. Ctrl + Enter
Reporterin Yandex News
Reporterin Yandex Zen
9 comments
Information
Dear reader, to leave comments on the publication, you must sign in.