In South Korea, protests began against the new deployment of the American missile defense system THAAD 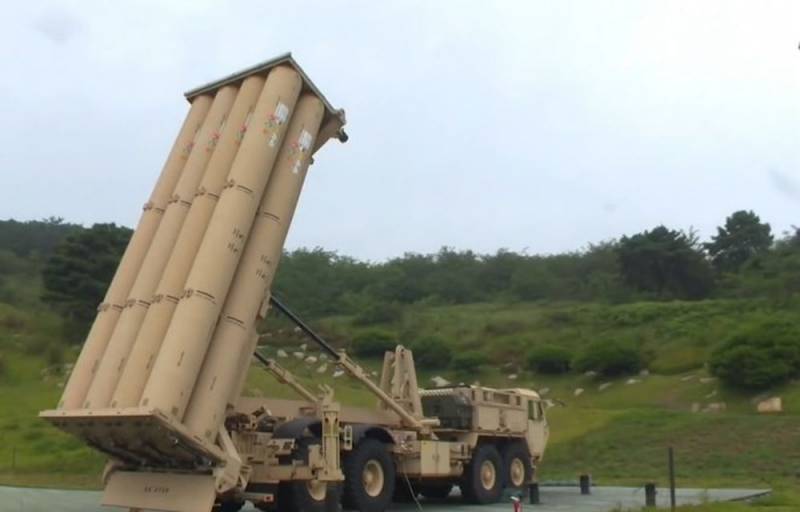 Residents of the South Korean village of Soson-ri (Songju County, 215-220 kilometers southeast of Seoul) have been protesting against the presence of a US Terminal High Altitude Area Defense (THAAD) missile base nearby since 2017. Now they oppose plans to modernize the missile defense system, additional placement of THAAD missile defense facilities, the American National Public Radio (NPR - National Public Radio - a network of about 800 radio stations) reported on its website.


The base is a symptom of the growing arms race in Asia and the strategic predicament of South Korea. The missile defense system is designed to contain China and protect against potential North Korean missiles. THAAD is a mobile ground-based anti-missile system for high-altitude transatmospheric interception of medium-range missiles.

Directly in front of you is a former golf course with an old clubhouse, several shipping containers on the grass, and six mobile rocket launchers with their barrels pointing north towards North Korea.
- says the publication, which clarifies that American and South Korean soldiers live in the old clubhouse (to the right of the batteries) and transport (sea) containers.

Pyongyang claims that on January 5, it successfully tested its second hypersonic missile, designed to penetrate and destroy missile defense systems, including THAAD.

We, activists and residents, believe that it is illegal to deploy THAAD here. Therefore, we try to be on the alert and notice any changes taking place inside the base.
- said activist Kim Young Jae.

In March 2021, the head of the Pentagon, Lloyd Austin, discussed with the South Korean side the possibility of improving the living conditions of servicemen at this base. Since then, the local population fears that the facility will turn from a temporary to a permanent one, and they do not want dangerous "gifts" from the DPRK or PRC to come to them.

Residents are now looking for signs of upgrading the rocket battery and living quarters. They block the approaches to the facility and try to prevent building materials from entering there. After five years of operation, the site still looks more like a golf course than a military base.

Publicly, the authorities say this is a temporary deployment. But these are words to reduce the resistance of the residents. But in fact, they are taking all possible steps to make the base permanent.
- added Kim Young Jae.

On a geopolitical level, the presence of THAAD in South Korea has made the base synonymous with the country's delicate balancing act between its main ally, the United States, and its main trading partner and largest neighbor, China. Beijing will vehemently oppose this facility and generally object to the American presence on the Korean Peninsula. Many South Koreans still remember how the Chinese economically punished their country when the Americans, with Seoul's permission, deployed THAAD against China's objections.

This quiet village is now being ravaged. Some call it a prison without bars
- says Park Soo Gyu, resident of Soson-ri (70 families), talking about the conflict between the authorities and the residents.

Park Soo Kyu noted that about a dozen activists have appeared in court following clashes with police.

In turn, Yoon Sukjun, a retired Korean Navy captain, said that since THAAD is being integrated into the US missile defense system, Seoul is no longer limited by its previous promises to Beijing, and Washington does not need to make excuses and beat around the bush. He thinks THAAD can end Seoul's strategic uncertainty over its dealings with Beijing and Washington.

THAAD is part of the US global anti-China united front. It has become a strategic tool to contain China and made South Korea one of the closest and most reliable allies of the United States.
Yoon Sukjun explained.

This is not the official point of view of the outgoing President Moon Jae-in, who avoids using any rhetoric about confronting the PRC. Therefore, the future of South Korea's approach to the THAAD problem may depend on the outcome of the presidential elections in March 2022, NPR concluded.
Ctrl Enter
Noticed oshЫbku Highlight text and press. Ctrl + Enter
Reporterin Yandex News
Reporterin Yandex Zen
5 comments
Information
Dear reader, to leave comments on the publication, you must sign in.