Ukrainian observer: Russia is losing the competition in the global arms market 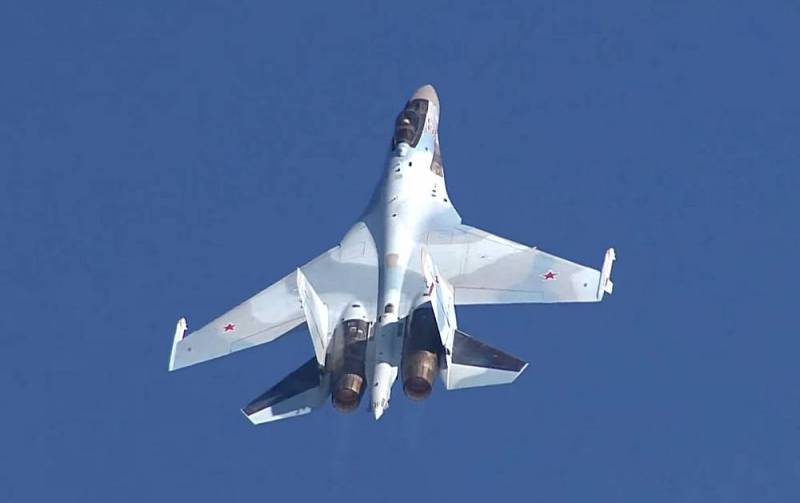 Over the past six years, the volume of Russian arms exports has decreased threefold. Russia is losing the competition for the global arms market, sanctions are working, and the "aggressor" is losing money that he could have spent on the war against Ukraine. This was reported on the Ukrainian portal Defense Express by the observer Ivan Kirichevsky, citing data from the Russian Center for Strategy Analysis and of technologies (CAST) "AST - Center" and the American "research corporation" RAND.

For the Kremlin, the export of weapons is something like a fetish, which must solve at once a whole range of "internal" and "external" tasks, such as: building up "non-resource exports" or consolidating the "spheres of influence" of the Russian Federation with the help of some kind of force
- argues the author.

Therefore, the White House, as part of the American strategy to contain the Kremlin, uses the "sanctions hammer", including against the export of Russian weapons. At the same time, the United States uses various instruments and "schemes of influence" from the sanctions package of the CAATSA law to undermine the Russian Federation's positions on the world arms market, which, for convenience of presentation, can be divided into three options (formats).

The first one can be conditionally called "Turkish" - this is the format of "general sanctions". The United States tried to prevent Turkey from acquiring S-400 air defense systems by excluding Ankara from the F-35 program and not returning $ 1,4 billion. After that, American restrictions affected the Turkish program for the production and export of T129 attack helicopters. The engines on these rotorcraft are subject to US export controls. So the White House was able to block a contract for the supply of 30 of these helicopters to Pakistan worth $ 1,5 billion.

True, as the Russians note, US sanctions against Turkey bypass projects on UAVs and other systems aimed at containing the Russian Federation in the Black Sea.
- the author specified.

The second option can be conditionally called "Indian". India already started getting ordered S-400s from Moscow, but Washington refrained from sanctions. The motive of the Americans is simple - New Delhi plans to use these air defense systems only against China and Pakistan, so the White House did not want to jeopardize the already concluded and promising contracts for the supply of weapons to India worth up to $ 20 billion.

But at the same time, according to the Russians, it was precisely because of fear of possible sanctions from the United States that India abandoned plans to buy Su-57 fighters. Also, the Russians from the CAST are afraid that the United States may block export contracts for the supply of Indian BrahMos cruise missiles, in which the share of components from the Russian Federation may reach 65%
- added the author.

According to the CAST, the White House conveyed to Indonesia through "diplomatic channels" the thesis about the dishonesty of the Russian Federation as a supplier of weapons, and also outlined the prospects for possible problems in the future.
- noted the author.

According to the author, the United States has been "gaining experience" since 2014. As a result, in 2020 the volume of Russian military exports amounted to about $ 13 billion, while in 2015 it was $ 35 billion.

For us, this means at least the fact that the Russian Federation is significantly losing the "solid income" of the state treasury, due to which the "hybrid war" against Ukraine can be financed.
- summed up the author.
Reporterin Yandex News
Reporterin Yandex Zen
10 comments
Information
Dear reader, to leave comments on the publication, you must sign in.