Failure of the Russian Su-75 Checkmate in the Middle East: what went wrong 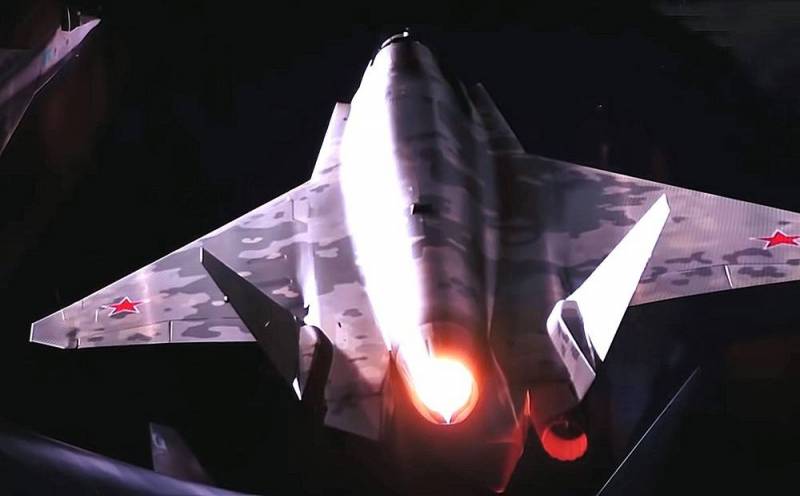 Undoubtedly, the Russian fifth-generation fighter Checkmate became the main newsmaker of the summer of 2021. For some symbolic 25-30 million dollars, foreign customers were offered to purchase a single-engine light tactical aircraft made using of technologies Stealth. With such data, the Su-75 predicted the brightest future, but soon the French Rafali crossed its path, intercepting a lucrative contract in the UAE, and then in India. What went wrong?


As you know, Checkmate is an initiative development of the Sukhoi Design Bureau. The fighter was originally intended for export abroad, as evidenced by its very creative advertising. For their money, a foreign customer could get a combat vehicle that is optimal in terms of tactical and technical characteristics and the cost of subsequent maintenance. But, alas, despite the increased interest in development, the queues of buyers for the Su-75 have not yet lined up.

Among the main interested parties and almost secret sponsors of the promising project were the United Arab Emirates, which in recent years have not worked out relations with the United States due to increased economic ties with China. China is interested in Arab oil, the UAE is interested in Huawei 5G technologies and not only. Due to such "tricks" the deal for the purchase of 50 fifth-generation American fighters F-35 hung in the air. The Emirates need powerful combat aircraft to contain Israel's offensive capabilities. Alternatively, the UAE could acquire the Chinese Chengdu J-20 fighters, but this would definitely become a Rubicon in their relationship with the United States.

Checkmate was positioned as an alternative to the F-35, which is more expensive to buy and then maintain, but the order for it was never made. Apparently, for the Arabs, the "round dances" around the Russian fighter jet were a way to tease the Americans. Instead of the Su-75, they signed a contract for the purchase of 80 French Rafale F4 fighters, worth a total of $ 19 billion. At the Sukhoi Design Bureau, having found out about this, they clearly spoke in an unprintable manner about their Middle Eastern partners.

It’s unpleasant. But, on the other hand, could you have expected something else? Checkmate is a promising aircraft, but so far it exists only in the form of blueprints and mock-ups. The flight model is expected only in 2023, the production of the pilot batch - in 2026. At the same time, it is not yet known for certain whether the final cost will correspond to the declared 25-30 million dollars. Maybe here, as in modern gadgets, the plane will be sold in the minimum configuration, and everything you need will need to be purchased for additional money? Who knows them, these "effective managers"?

No, we in no way "drive" the Su-75, this is a really interesting development. The problem is that it does not yet exist in nature. Design Bureau named after "Sukhoi" sells air to customers, but for some reason they do not take it for their money. The fighter must first be created, put on the wing, tested in real combat conditions, for example, in Syria, and identified and eliminated the inevitable "childhood diseases". It’s also not bad for the Su-75 to be officially adopted by the RF Ministry of Defense. This will be the best advertisement for him, although the commercials already shot are certainly good too.

So there is nothing surprising in the fact that the UAE decided to purchase French Rafale fighters, which are in nature, and it is clear what to do with them. It is also quite natural that the Su-75 Checkmate was not interested in practical terms, India, as well as the Su-57.

As you know, New Delhi needs a modern powerful air force to contain the rapidly growing offensive potential of China. The Indian Air Force could be seriously reinforced with the fifth-generation Su-57 heavy twin-engine fighter and the Su-75 fifth-generation light single-engine fighter. The latter in the deck version would be perfect to replace the outdated MiG-29K / KUB fighters. For its three aircraft carriers, the Indian Navy needs a modern lightweight carrier-based fighter. But, alas, the Su-75 does not yet exist either in the basic or in the "chilled" version. The Su-57 heavy fighter, unlike Checkmate, is already flying, but on engines of the previous generation, waiting for the "Product 30".

The result is logical: New Delhi meticulously chooses between the French carrier-based Rafale-M and the American F / A-18 Super Hornet in the Block III version, and the UAE takes 80 French Rafale fighters of the F4 standard. It is clear why the choice is always made in favor of the latter between a promising and a real-life aircraft. Does this mean that the Su-75 has failed?

Not at all. The Su-75 first needs to be refined and, first of all, put into service in the Russian Aerospace Forces and the Russian Navy as a light multipurpose front-line and carrier-based fighter, respectively. Then, you look, and foreign customers will be drawn. Undoubtedly.
Ctrl Enter
Noticed oshЫbku Highlight text and press. Ctrl + Enter
Reporterin Yandex News
Reporterin Yandex Zen
21 comment
Information
Dear reader, to leave comments on the publication, you must sign in.