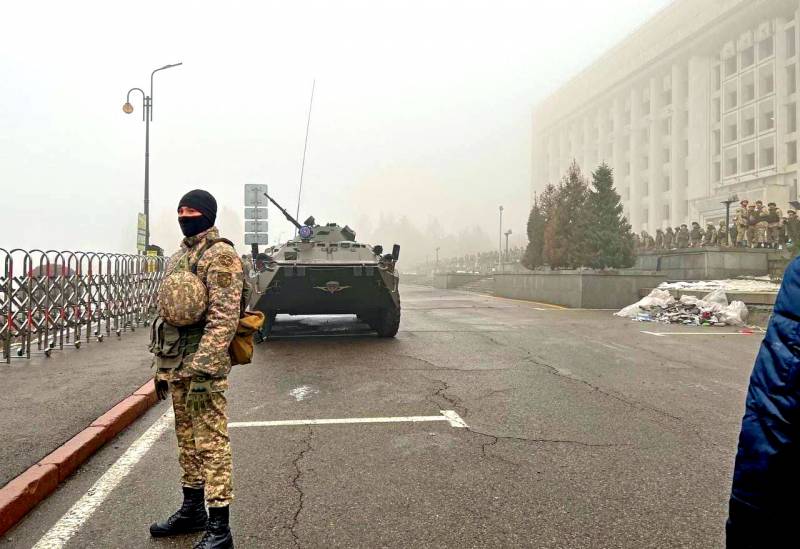 The year 2022 immediately began very uneasy. In neighboring, still friendly Kazakhstan massive actions broke out protest, from economic demands quickly turned to political. What threats does the hypothetical "Kazakhstani Maidan" pose for Russia, and what conclusions should the Kremlin make following the events in Belarus and Kazakhstan?


The formal reason for the start of large-scale protests was a multiple increase in prices for liquefied gas in Kazakhstan: from 50-60 tenge per liter to 120 tenge. Taking into account the fact that the minimum wage in the country is about 60 thousand tenge, this was the hardest blow for the majority of the population. An increase in the cost of fuel will automatically entail a rise in the cost of food and other consumer goods. In just a few days, protests captured the most important cities of Kazakhstan. The question is, how did this become possible in a country producing oil and gas?

The answer lies in the area of ​​the so-called "liberal reforms". On January 1, 2022, gas began to be sold through an electronic exchange, and "the market decided everything." Berdibek Kartbaev, head of the energy and housing and communal services department of the Mangistau region, lucidly explained:

Today, liquefied gas on electronic trading platforms is sold at a maximum price of 85 tenge per liter, excluding the operating costs of entrepreneurs. In general, prices will be formed by the market itself in accordance with supply and demand.
It is not yet entirely clear whether the matter was in the banal greed of entrepreneurs, or in the stupidity of state officials who did not calculate the possible consequences of the "reform", or if it was all done deliberately. If fuel prices rose gradually, everyone would grumble, but tolerate. However, their one-time multiple increase "pulled the pin out of the grenade." The fact that the issue from the socio-economic quickly moved to political channel, some factors may indicate.

At firstAmong the most ardent opponents of price increases, activists of the organization with the telling name "Halyk Maidany" were noticed. The right-wing Democratic Choice of Kazakhstan party, whose leader is hiding in France from accusations of embezzlement of budget funds and contract murder at home, is trying to coordinate anti-government protests.

Secondly, the demands of the protesters, the list of which is only growing, are very indicative. Among them are not only a decrease in prices for gas, food, interest on mortgages, the abolition of the law on the control of mobile transfers, but also the demand for Nazarbayev's departure, early presidential and parliamentary elections, and the liberalization of party legislation.

In fact, a complete set is already ready for the next "color revolution" in the post-Soviet space. In just a few days, the protesters forced the authorities to reduce gas prices and dissolve the country's government. But the crowd doesn't disperse. The success only inspired people to new victories. What can all this ultimately lead to?

Inevitably, you will have to draw some parallels between the events in Kazakhstan and Belarus with what is possible in Russia in 2024.

First of all, it is necessary to honestly say that all these "color revolutions" are not taking place from scratch. Western intelligence services simply use the already existing socio-economic and political problems in the countries of the post-Soviet space, created either by the greed or the stupidity of the local ruling elites, in order to "demolish" them under the most plausible pretext. An example with a multiple increase in gas prices "under the herringbone" is a clear confirmation of this.

Such permissiveness is a direct consequence of the actual irreplaceability of the supreme power. When there is no likelihood that as a result of a fair general election another team will come, which will audit the activities of the predecessors and ask them for their results, you will inevitably become “bronzed”. Ultimately, this leads to the fact that tired people are ready to vote for anyone, if only not for the irreplaceable "national leader".
Let's remember what happened in friendly Belarus in 2020. And now, to all appearances, Vladimir Putin is preparing to jump on the same rake, if, of course, he is correct informationthat he will use "zeroing" in 2024.

Note that the most reasonable example looks like President Nazarbayev. In 2019, Nursultan Abishevich voluntarily resigned, leaving the country to his successor, the new President Kassym-Jomart Tokayev. No helicopter escapes, burning tires, or riot police dispersing protesters. Now Nazarbayev is a lifelong "leader of the nation", retaining influence on all political processes, and all the bigwigs fly to Tokayev and his government.

Undoubtedly, having left on time and beautifully, Nursultan Abishevich showed himself to be a very intelligent and far-sighted person. Now President Lukashenko is trying to do something similar by creating the All-Belarusian People's Assembly, which he will be able to chair after the expiration of his term of office. Perhaps it is worth drawing some conclusions from the Belarusian and Kazakh history in the Kremlin too?

The second question is how to build further relations with Kazakhstan for Moscow. Regardless of whether the "gas Maidan" wins there or not, they will definitely not be the same. It should be understood that the countries in the post-Soviet space have only two options to choose from: either they are with Russia or against Russia.

If a pro-Western opposition comes to power in Nur-Sultan, we will get Ukraine-2 in our southern underbelly. Americans, British and Turks will come to Kazakhstan, and the problem with the Russian national minority in Northern Kazakhstan will immediately become aggravated. This can lead, if not to the "Crimean", then, rather, to the "Donbass" scenario with the emergence of another unrecognized "people's republic" and another war in the Russian border area. Neither Moscow nor Nur-Sultan needs such a thing.

The only sane alternative is a closer rapprochement between Kazakhstan and Russia, economic, military and political. This can be a variant of a confederation or even a "soft federation" in the trilateral format of the Union State with Belarus, about which we are in detail reasoned previously. Kazakhstan will no longer be allowed to remain neutral, and it will have to choose whether it is with Russia or against Russia.
Ctrl Enter
Noticed oshЫbku Highlight text and press. Ctrl + Enter
Reporterin Yandex News
Reporterin Yandex Zen
134 comments
Information
Dear reader, to leave comments on the publication, you must sign in.